5 Entertainment Stocks To Watch In June

Could these entertainment companies be the name of the stock market game now?
Total
1
Shares
Share 1
Tweet 0
Pin it 0

Entertainment stocks could be in the spotlight once again as the world gradually returns to normalcy. As such, investors looking for the top stocks to buy now in the stock market could be eyeing the sector. Indeed, as more sectors of the economy open up, so too would more forms of entertainment. Live entertainment, in particular, would be a viable means of betting on the entertainment industry now. This would be the case as demand for in-person forms of leisure are higher than ever. While people are getting vaccinated and going out more, investors and companies alike would benefit. In fact, Barron’s recently reported that the average line worker wage in the leisure industry is up by an annualized rate of 23%, a record high. If anything, this would highlight the booming sector all the more.

At the same time, the entertainment stocks that flourished during the pandemic are not resting on their laurels just yet. Evidently, major companies such as Amazon (NASDAQ: AMZN) and Discovery (NASDAQ: DISCA) continue to make massive plays. In the case of Amazon, the company recently acquired media juggernaut MGM Studios for $8.45 billion, potentially turbocharging its streaming offerings. Meanwhile, Discovery recently announced that its merger with WarnerMedia will now be known as the Warner Bros. Company. As things seem to be heating up in the world of entertainment now, entertainment stocks could follow suit. With that in mind, here are five making a splash in the stock market today.

Disney is a diversified multinational mass media and entertainment conglomerate that is based in California.  The company established itself as a leader in the American animation industry before diversifying into live-action film production, television, and theme parks. Despite being hit by the pandemic in 2020, the company has invested significantly into its Disney+ subscription service, with dedicated content hubs for Disney, Pixar, Marvel, Star Wars, and National Geographic.

Last month, the company reported its second quarter and six months’ earnings for fiscal 2021. Total revenues for the quarter were $15.61 billion and it also posted a diluted earnings per share from continuing operations for the quarter increased by 92% year-over-year to $0.50. Disney states that it is seeing encouraging signs of recovery across its business and it remains focused on ramping up its operations while also fueling long-term growth. This is especially reflected in the reopening of its theme parks, resorts, increased production at its studios, and the continued success of its streaming services.  For these reasons, will you consider watching DIS stock?

In it, DraftKings reported revenue of $312 million, an increase of 253% year-over-year. It also enjoyed strong customer retention and growth that drove its first-quarter results upwards. Monthly Unique Payers for its business-to-customer segment increased 114% year-over-year. Given the strong start to the year, the company increased its 2021 revenue guidance to a range of $1.05 billion to $1.15 billion, which equates to year-over-year growth of 63% to 79%. All things considered, is DKNG stock a top entertainment stock to watch right now?

Skillz is an entertainment stock that focuses on its online mobile multiplayer video game platform and is integrated into several iOS and Android games. Its platform helps developers build multi-million-dollar franchises by enabling social competition in their games. Leveraging its patented technology, Skillz hosts billions of casual eSports tournaments for millions of mobile players worldwide.

Last week, the company announced that it will be acquiring Aarki to form an integrated esports advertising platform. Aarki is a leading marketing platform and the acquisition will broaden Skillz’s footprint across the rapidly expanding mobile gaming industry. This would be the case as Skillz’s competitive platform and Aarki’s advanced advertising capabilities would synergize well. Skillz will acquire 100% of Aarki for approximately $150 million in cash and stock. Will you add SKLZ stock to your watchlist?

You have the likes of our earlier entry Disney and Netflix (NASDAQ: NFLX) as main attractions in this respect. Through this model, Roku profits by taking a cut of the subscription fees and through ad revenue for its free content. In return, Roku offers streaming companies a larger addressable audience.

Despite its current success in the streaming space, Roku is currently hard at work building its portfolio of home-grown entertainment. The latest instance of this would be its renewal of the ‘Die Hart’ series starring comedian Kevin Hart for another season. Yesterday’s move marks a first for the company as its original content continues to impress viewers. Time will tell if this means that ROKU stock has more room to grow moving forward. Would you agree?

Last but definitely not least, we will be looking at leading sports streaming company, FuboTV Inc. As a key provider of sport-focused content, FUBO stock would be another top entertainment stock to watch now. Notably, the company’s approach to streaming provides sports fans with live TV and sporting events.

To supplement this, Fubo is also working towards adding a layer of interactivity to the viewing experience with live sports betting. Currently, the company is planning to launch a predictive free-to-play gaming app in the third quarter of 2021.

Not to mention, Fubo continues to make strategic plays even now. As of this week, the FuboTV app will be pre-installed on LG’s (NYSE: LPL) Smart TVs in the U.S. This would also include its industry-leading LG OLED TV lineup. Through this collaboration, LG customers can now enjoy over 100 sports, news, and entertainment channels via the FuboTV app. With the current tailwinds in the consumer electronic sector now, Fubo would be expanding its current market reach. Does all this have you eyeing FUBO stock now? 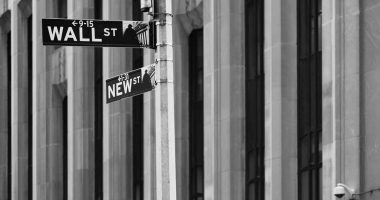 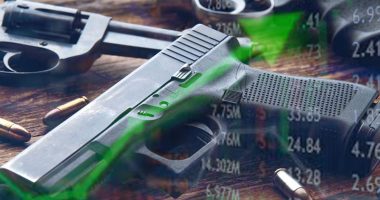 Is It Too Late To Buy Gun Stocks Now? Gun stocks are… 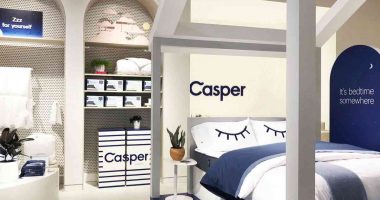 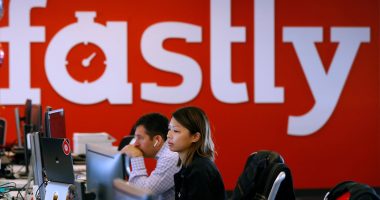 With more than a third of its market value evaporating in just a span of a few days, is this a nice setup for investors to buy at a discount?