With increased worries of an incoming recession making headlines, consumer staples stocks remain relevant in the stock market. For the uninitiated, consumer staples stocks are often regarded as a safe haven to protect against uncertainty. This would be due to their ability to withstand some of the broader challenges that their discretionary counterparts face. And while consumer staples may come across as boring, these resilient stocks may be able to help your portfolio weather this period of instability.

Take Costco (NASDAQ: COST) for example. The company recently made a move to purchase the remaining 45% stake of its Taiwanese joint venture, Costco-Taiwan, for $1.05 billion. Hence, it now owns all of Costco-Taiwan, which is estimated to add 1% to 1.5% to the company’s earnings per share. Elsewhere, Procter & Gamble (NYSE: PG) announced a collaboration with Microsoft (NASDAQ: MSFT) last month. The collaboration will leverage Microsoft Cloud to create the future of digital manufacturing at P&G. All things considered, here are some of the best consumer staples stocks to check out in the stock market today.

Consumer Staples Stocks To Buy [Or Sell] In July 2022

Starting us off today is Walmart, one of the top retail names in the stock market. Put simply, the company offers shopping opportunities in both retail stores and through e-commerce. Moreover, it often promotes its services at everyday low prices to attract the interest of consumers. Elsewhere, its International segment includes various formats that include supercenters, supermarkets, hypermarkets, and e-commerce entities.

Last week, the company announced that it will be acquiring Memomi, an augmented reality (AR) optical tech company. This move comes as part of Walmart’s commitment to frictionless and omnichannel optical care. For those unaware, since 2019, Memomi has enabled digital measurements across more than 2,800 Walmart Vision Centers and 550 Sam’s clubs. In addition, it also powers the Optical eCommerce experience on SamsClub.com. Therefore, by acquiring Memomi, it marks the next step in Walmart’s journey of offering personalized and affordable access to optical care. Considering this acquisition, should you buy WMT stock?

[Read More] What Are The Best Stocks To Invest In? 4 Lithium Stocks To Know

Another notable name in the consumer staples sector is Coca-Cola. In essence, it is a company that sells its products in more than 200 countries and territories. Its multiple billion-dollar brands can be found across various beverage categories worldwide. These notable brands include the likes of Coca-Cola, Sprite, and Fanta to name a few. Next to soft drinks, the company also offers sports, coffee, and tea brands. For a sense of scale, Coca-Cola hires more than 700,000 employees across the globe.

On June 29, the company announced that it will be releasing a limited-edition flavor. The flavor, created in collaboration with Grammy-nominated artist Marshmello, will be available in July. In detail, the new flavor will introduce strawberry and watermelon to Coke. This release is the latest in a string of new flavors to come out of the Coca-Cola Creations platform. For those unfamiliar, in addition to creating new flavors, the platform seeks to position the company as a lifestyle brand through merchandise and virtual experiences. Its previous flavors, Starlight and Byte, similarly attempted to capitalize on pop culture. As such, will you be watching KO stock?

General Mills is a company that manufactures and markets branded consumer foods sold through retail stores. Whether it is branded or unbranded food products, it is one of the major suppliers to the North American food service and commercial baking industries. Additionally, it is the face behind many well-known brands such as Häagen-Dazs, Cheerios, Cocoa Puffs, and Trix among others. GIS stock has risen by about 10% over the past month.

Last week, the company posted its fiscal 2022 fourth-quarter earnings. Diving in, General Mills reported net sales of $4.9 billion for the quarter, increasing by 8% year-over-year. The company owes this to its Accelerate strategy, which the company has executed well on its core business and has also taken significant steps to reshape its portfolio. This would include the acquisition of companies like Nudges and True Chews. Moving on, the company also reported diluted earnings per share of $1.35, almost doubling year over year. All in all, would you bet on GIS stock to continue its current momentum?

Last Thursday, the company posted its fiscal 2022 third-quarter financials. For starters, revenue came in at $32.6 billion, exceeding Wall Street estimates of $32.06 billion. As for its earnings, the company reported a decline in net income to $289 million. This sharp decline reflects a $683 million charge related to its opioid settlement with the state of Florida. Despite this, the company’s adjusted earnings of $0.96 still topped analyst estimates of $0.92. CEO Rosalind Brewer said, “Walgreens Health achieved 65 percent pro forma sales growth with progress on several fronts, including adding Buckeye Health Plan as a strategic partner, already exceeding our 2022 target for covered lives, and launching our clinical trials business.” Given these developments, would you add WBA stock to your portfolio?

Lastly, we have Mondelez. In essence, the company manufactures and markets snack food and beverage products. Its brand portfolio includes the likes of famous snack brands such as Nabisco, Oreo, Cadbury, Milka, and Toblerone to name a few. Besides that, it manufactures Trident gum, Halls candy, and Tang powdered beverages. Mondelez has operations in about 80 countries and sells its products in over 150 countries.

Two weeks ago, the company announced that it will be acquiring the energy bar business Clif Bar & Company for a whopping $2.9 billion. According to Mondelez, this deal will expand its global snack bar business. Subsequently, this purchase will also advance the company’s strategy to reshape its portfolio to sustain higher long-term growth. Currently, this is Mondelez’s second acquisition of 2022, following the purchase of confectionery company Ricolino in April. With this acquisition in place, is MDLZ stock one to watch? 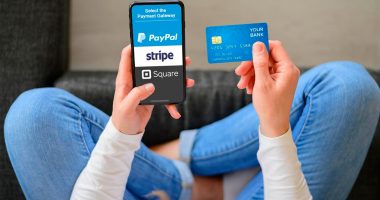 These two fintech companies are enjoying the tailwinds from the rise of bitcoin and COVID-19. 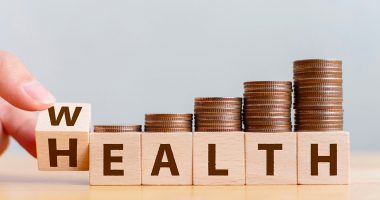 Can these healthcare stocks continue to perform in the long run? 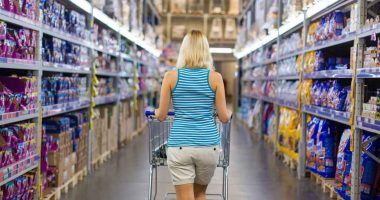 Why are investors watching these consumer staples stocks in the stock market today? 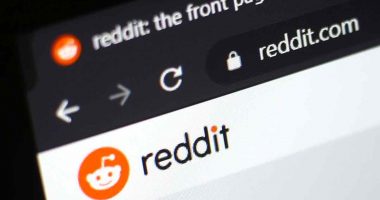 These current meme stocks continue to soar towards new heights.