Could consumer discretionary stocks be worth investing in as consumer spending rises?
Total
3
Shares
Share 1
Tweet 0
Pin it 2

Amidst the current volatility in the stock market, consumer discretionary stocks could  continue to shine. This would be thanks to some of the top consumer discretionary businesses reporting stellar figures this earnings season. For the most part, this is not all that surprising as we are coming out from the holiday season where consumer spending usually peaks. Not to mention, the Bureau of Economic Analysis released its first estimate of the Q4 GDP yesterday. Surprisingly, GDP rose at an annualized rate of 6.9%, which was better than expected and exceeded estimates of 5.5%. With this seemingly positive signal regarding the economic recovery, I could see investors eyeing consumer discretionary stocks.

Speaking of consumer spending, Visa (NYSE: V) announced its quarterly results yesterday. The fintech firm beat Wall Street estimates for sales and profits, sending VISA stock up by 5% in after-hours trading. Besides that, American Express (NYSE: AXP) also reported its earnings earlier this week, bringing in year-over-year increases of 30% in revenue and 20% in net income. Seeing that these two credit card companies did well the past quarter, consumers appear eager to spend their discretionary dollars. With all this in mind, here are some of the best consumer discretionary stocks to check out in the stock market today.

Famous jeans-maker Levi Strauss is primarily known for selling jeans under the Levi’s brand. Other than jeans, it sells casual clothing and accessories for men, women, and children. Under the Levi’s company are other well-known brands such as Dockers and Denizen. The company’s products are sold all across the world in about 50,000 retail locations in more than 110 countries.

This past week, the company was making headlines as it announced its latest quarterly earnings. Getting into it, the apparel company raked in a total revenue of $1.7 billion, or up by 22% against the year before. This figure exceeded analysts’ expectations of $1.68 billion. Moving on, adjusted net earnings were $170 million, a huge increase from the $81 million a year ago. Accordingly, adjusted diluted earnings per share were $0.41, up 105% year-over-year.

CFO Harmit Singh cites the company’s brand strength and leveraging of its pricing power as key factors to their impressive performance. Furthermore, Levi’s expects its revenue to grow by 11% to 13% year-over-year. With the company performing well the past quarter and being optimistic about its prospects, would you consider picking up LEVI stock for your portfolio?

Next on the list, we have Victoria’s Secret, or VSCO for short. For the most part, the company identifies itself as a lingerie, clothing and beauty retailer. VSCO often adopts a high visibility approach in its marketing and branding. By doing so, its offerings stand out from its competitors. Its product offerings range from its signature undergarments to lingerie, sleepwear, swimwear, and more. For a sense of scale, the company operates through a global network of almost 1,400 retail stores. As it stands, VSCO stock has grown by over 34% in the past 6 months.

Last week the company announced a partnership agreement with Regina Miracle International. The partnership is in regards to its existing company-owned business in China. Evidently, the two have formed a joint venture to operate all VSCO stores and the related online business in China. Under the agreement, VSCO will own 51% of the joint ventures with Regina Miracle owning the remaining 49%.

In short, Polaris is a company that manufactures recreational vehicles. Namely, these include motorcycles, snowmobiles, all-terrain vehicles, and neighborhood electric vehicles. Under Polaris are vehicle brands such as Goupil, Aixam, and ProXD. The company’s goal is to provide high-quality vehicles that will enrich the experience of its customers as they work and play outside.

Last week, the company reported better-than-expected full-year results. Diving in, sales came in at $8.19 billion, a healthy increase of 17% for the company. Besides that, net income came in at $494 million, with an adjusted income of $9.13 per share. Furthermore, the company is optimistic about its 2022 performance. Polaris forecasts sales to be in the $9.22 billion to $9.46 billion range and adjusted earnings per share of $10.10 to $10.40.

CEO Mike Speetzen said, “With interest in powersports continuing to grow and new customers increasingly entering our industry, we expect 2022 to be another record year for Polaris.” The company’s Board of Directors also approved a 2% increase in cash dividend, raising the payout to $0.64 per share. This represents the 27th consecutive year of Polaris increasing its dividend. On that note, would you buy PII stock?

Delta Air is one of the largest airlines by revenue in the world and is a legacy airline. Before the pandemic, the airline along with its subsidiaries operated over 5,400 flights daily and served 325 destinations in 52 countries. On top of that, Delta is also the first airline that has committed itself to become carbon neutral on a global basis.

Earlier this month, the company reported a strong bounce-back for the quarter. Looking at its financials, Delta reported an adjusted pre-tax income of $170 million for its December quarter. Notably, it beat analyst estimates of $0.14 with adjusted earnings per share of $0.22. Also, adjusted operating revenue was reported to be $8.43 billion, which Delta says is 74% of Q4 2019 levels, or pre-pandemic levels. CEO Ed Bastian expressed confidence in a strong spring and summer travel season with significant pent-up demand for travel. 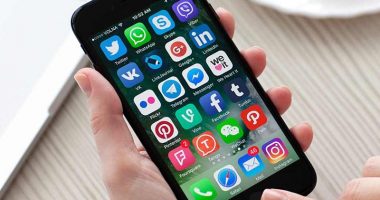 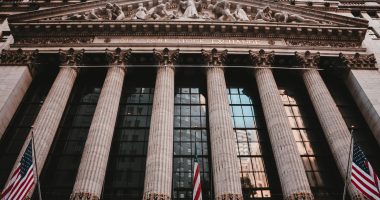 Amazon and Ford will be reporting their earnings after the closing bell today. 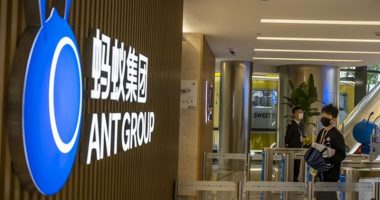 With digital payments on the rise, do you have these fintech stocks on your list? 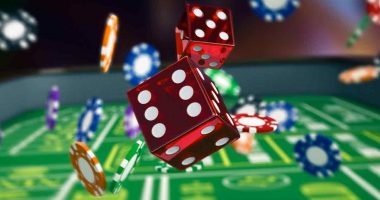 Check out these entertainment stocks making plays in the stock market now.