Good Stocks To Invest In Right Now? 4 Gig Economy Stocks For Your Watchlist

Do you think these gig economy stocks are worth the investment?
Total
3
Shares
Share 1
Tweet 0
Pin it 2

Check Out These Gig Economy Stocks In The Stock Market Today

The pandemic seems to have acted as a catalyst for gig economy stocks in the stock market. For instance, people have been encouraged to use food delivery apps instead of dining in. As a result, the gig economy has received a boost. Another reason for this boost could also be technology. As technology allows for remote working and better means to stay connected, many yearn for a more flexible way of working. This results in more workers joining the gig economy. And that could benefit gig economy stocks over time.

Also, with the Russia-Ukraine tensions potentially breaking into an all out war, could the economy be thrown into another recession again? This may bring attention to gig economy stocks as independent contractors could potentially flood the labor market in these times of uncertainty. One of the notable names in this sector would be Fiverr International (NYSE: FVRR). Earlier today, the freelance contracting platform announced its fourth-quarter results that beat earnings and revenue estimates. For the quarter, revenue came in 43% higher year-over-year to $79.8 million. Given the prospects of the industry, would gig economy stocks be worth watching in the stock market today?

Top Gig Economy Stocks To Buy [Or Sell] In February

DoorDash, for the most part, is a company that operates primarily via its online food delivery platform of the same name. According to the company’s estimates, its delivery network consists of over 450,000 merchants, 20 million consumers, and 1 million employees. The likes of which span the U.S., Canada, Australia, and Japan. On top of that, it is also the largest food delivery company in the U.S, with a 56% market share. DoorDash reported its fourth-quarter results yesterday.

Digging in, the company reported a record 369 million in total orders for the quarter. This represents an increase of 35% from the same period last year. Besides that, revenue for the quarter grew 34% year-over-year to $1.3 billion. This surpassed analysts’ estimate of $1.28 billion. As for its monthly active users, that figure came in at over 25 million, an increase of 22% from a year ago.

Results aside, the company unveiled last week a new program called DoorDash Capital. Put simply, the program will offer cash advances to eligible restaurants to cover operational expenses such as rent and equipment. Restaurants will then repay the advance via deductions from their DoorDash earnings. Given the quarterly results and an expansion of its services, will you be buying DASH stock?

Next up, we have Airbnb. Essentially, the company operates as an online marketplace for homestays, vacation rentals, and tourism activities. The company does not own any of the listed properties, but instead, earns its profit through commissions from each booking. For a sense of scale, its platform carries over 6 million Airbnb listings and has over 4 million hosts. Besides that, there are active Airbnb listings in about 220 countries and regions.

On Tuesday, Airbnb reported its fourth-quarter earnings that beat analyst estimates on earnings and revenue. Diving in, revenue was reported at $1.53 billion, up 78% year-over-year and beating consensus estimates of $1.43 billion. As for its earnings, the company brought in $55 million, a decent recovery against the backdrop of the pandemic last year.

Besides, the company expects first-quarter 2022 nights and experiences booked to significantly exceed pre-pandemic first-quarter 2019 levels. It also forecasts revenue to fall between $1.41 billion and $1.48 billion this quarter, topping analyst estimates of $1.24 billion. All in all, the company believes that it has rebounded quickly from the impacts of the pandemic. With Airbnb blazing down the road of recovery, is ABNB stock worth watching?

Uber is a mobility-as-a-service provider with operations in over 900 metropolitan areas worldwide. In detail, the company offers services including ride-hailing and food delivery through its Uber Eats and Postmates platform. Besides that, Uber also has package delivery and courier services. In the U.S, Uber has a 68% market share in ride-sharing and a 26% market share in food delivery. On February 9, the company announced financial results for the fourth quarter and full year.

Gross bookings came in at $25.9 billion, up by 51% against the year before. The reported figure is towards the high end of its guidance range. On one hand, its Mobility segment bookings were $11.3 billion, up by 67% year-over-year. And on the other, its Delivery segment bookings were $13.4 billion, a rise of 34% year-over-year. Moving on to its revenue, the company reported an 83% increase to $5.8 billion this quarter.

Profit-wise, Uber earned a net income of $892 million, including a $1.4 billion net benefit relating to its equity investments. Finally, its monthly active platform consumers reached 118 million, growing by 27% year-over-year. Overall, Uber performed well this quarter and expects this momentum to persist through this year. Given the strong quarter, does UBER stock deserve a spot in your portfolio?

Upwork is a company that operates as a freelancing platform. Through its platform, Upwork connects businesses and highly skilled freelancers for projects of varying sizes. As a matter of fact, Upwork is among the largest platforms for hiring and placing remote workers globally right now. On top of that, seeing that remote working is now as relevant as ever, I could see investors eyeing UPWK stock. Last week, Upwork reported its fourth-quarter revenue which topped Wall Street expectations and profit in line with estimates.

Its active clients for the quarter grew by 22% year over year with approximately 771,000 active clients. The company attributes this to the pandemic shifting the way companies think about work, fuelling an increase in new client acquisition. Its gross services volume (GSV) showed strong growth as well, with an increase of 35% for the quarter. GSV is the total dollar transacted through Upwork’s platform. Besides that, total revenue grew 29% year-over-year to $136.9 million.

CEO Hayden Brown also said, “During the fourth quarter, Upwork surpassed $15 billion in lifetime talent earnings. This achievement highlights the magnitude of impact we have had and signals how we are leading the global movement to reimagine work.” Considering what Upwork has achieved, should you invest in UPWK stock? 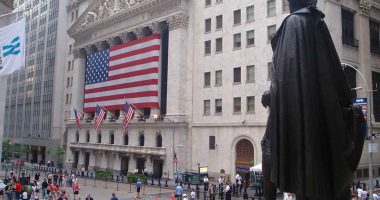 Stock market news to know as stocks find footing amidst the current volatility.

Despite the global chip crisis, is the semiconductor industry still thriving? 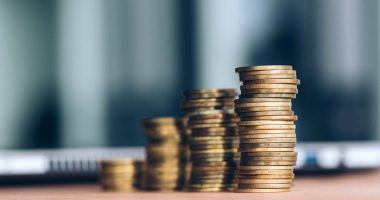 Dividend stocks to know amidst debates over debt limit and choppy markets. 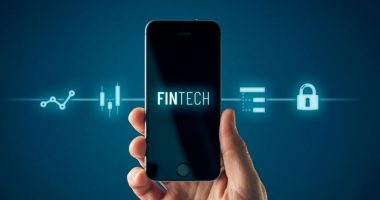 Fintech stocks with bitcoin exposure may be limited in number, but are still appealing.