Is Tesla (TSLA) Stock A Buy Right Now At Its New All-Time High?

Why Tesla (TSLA) Stock Surged To New All-Time High In The Stock Market.

Tesla (TSLA Stock Report) has been one of the superstars of the stock market in recent months. The company started off 2021 by reporting 499,550 vehicle deliveries for 2020, just shy of its target of 500,000. Shares of Tesla continue to surge on Thursday, closed 7.9% higher for the session. Now, the company’s stock price is also up 4.3% at the market open this morning. From yesterday’s gains, Tesla has become more valuable than Facebook (FB Stock Report). Besides, Musk has overtaken Amazon.com’s (AMZN Stock Report) Jeff Bezos as the world’s richest person. The recent momentum of Tesla is so hot that no one seems to be paying attention to its valuation anymore. If there was anything investors have learned in 2020, it was not to bet against Tesla stock. Just to be clear, this isn’t a suggestion that you should buy Tesla stock now at this frothy valuation.

Sure, it is inevitable that discussions suggesting that Tesla stock is in a bubble will be a hot topic in the stock market today. It makes perfect sense to ask that question. After all, many of the EV stocks in the market are rising for no apparent reason. Therefore, I do not blame you for thinking that we are in a bubble. But we have to distinguish the market leaders from those that have yet to deliver a vehicle. Some of those in the latter camp may never bring a vehicle to the market. But hey, we are looking at the industry’s leader with a solid track record. With its recent expansion of gigafactories in China and Europe, not to mention its recent price cut, delivery numbers could very well go higher this year.

With the speed that Tesla stock is heading up, what would investors do? Many may wonder why the stock is trading at a new all-time high. Of course, no one can be exactly sure what’s the driving force behind it. Perhaps, a few reasons including a combination of broader market strength in renewable energy stocks, favorable political news for the industry, and Wall Street upgrades for the stock are plausible reasons.

Tesla Is Not Just An Electric Vehicle Manufacturer

At face value, Tesla might just look like any other automotive company. And I can almost hear some of you disagreeing already. And you are right, no doubt. Tesla has other lines of business. For one, the solar segment may not get so much attention, but it actually recorded 13% revenue growth in the first nine months of 2020, despite the pandemic. In the third quarter, as some normalcy returned, revenue rose sharply 44% year over year.

In addition, Tesla has a huge incentive to push for an autonomous vehicle opportunity. Who knows, this could potentially be another profit driver that brings the company to greater heights. The software, which the company has controversially called “Full Self Driving” was activated in cars equipped with the required suite of radar and camera sensors. Sure, this is not really a full version. It has a long way to go before you could say it’s fully autonomous. The firm’s proprietary software and chips may not immediately enhance its value. But it could have value to a third party, or even in applications outside of vehicles. With the size of it today, many are confident with Musk’s ability to diversify, successfully.

Tesla has set itself apart from the broader automotive space. Not only did Tesla become the world’s most valuable automaker, but it has also set itself apart as the luxury choice to be when it comes to choosing an EV. If the solid delivery numbers from Tesla are not convincing enough, I don’t know what is.

According to Tesla, the delivery count should be viewed as slightly conservative, as they only record a car as delivered if it is transferred to the customer and all paperwork is correct. The company suggests that the final numbers could have a leeway of about 0.5%. What’s more, with its technology development improving, that could explain why so many analysts are coming around on the stock despite the steep price tag.

“Despite the extraordinary run in the share price, we continue to believe that Tesla can outperform vs. our sector in 2021,” said Morgan Stanley analyst Adam Jonas in a note out late Tuesday. ““In our opinion, Tesla is still the best-positioned company in EVs and AVs under our coverage due to its people, its technology, business model and access to capital.”

Investors are likely also incrementally bullish on Tesla because Congress has confirmed President-elect Joe Biden’s election victory. Democrat’s sweep of the Georgia Senate run-off elections on Tuesday also helped, as they are known for pushing more green energy legislation. And that could benefit the EV manufacturer leader.

Climate change is a pressing issue. A new cooperation between the EV industry and the government is welcome news against fighting the climate change issue. The president-elect’s first order of business will be to tighten the emissions limits. The fact that he promised to go beyond even the standards set by President Obama speaks volumes for the industry. Should everything go according to Biden’s plan, we could potentially see one of every four light-duty EVs sold in the U.S. to be electric.

Tesla has been tremendously successful in recent years. Now, the stock is not cheap by any valuation metrics. For this reason, I’m not going to say it’s a value buy or it has the potential to replicate its gains from the past year to 2021. But with how much short-sellers have lost in the past year, perhaps it’s also not a good idea to short a stock right. That’s because of the bullish momentum that is surrounding Tesla stock.

Tesla’s aggressive investments in production capacity should lead to stronger growth in 2021. As you may or may not know, the company’s deliveries are typically limited by production constraints, but not demand. Now that the company is armed with greater manufacturing capacity, investors shouldn’t be surprised if Tesla could accelerate their vehicle sales growth this year. During the company’s third-quarter earnings call, Musk said that Tesla could potentially deliver up to 1 million EVs in 2021. If that is the case, that would be a doubling of its 2020 numbers. With that in mind, will you be looking forward to greater heights for TSLA stock? 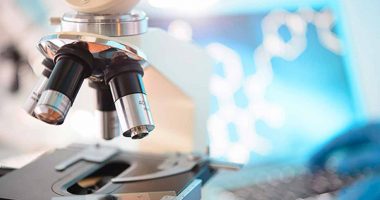 While vaccines may be making headlines, these biotech stocks continue to shine nonetheless. 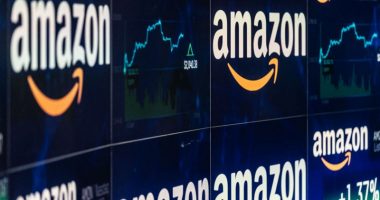 Do you have these high-flying tech stocks on your watchlist? 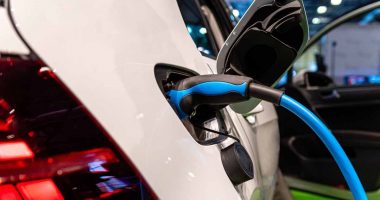 Could EV stocks be the best play while markets look to bounce back from recent losses? 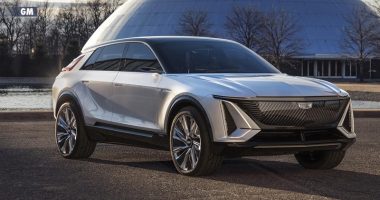