Looking For Automotive Stocks To Watch Before November? 1 Up 1,446% In 5 Days

Major breakouts are not exclusive to biotech stocks, automotive stocks are joining the game too.
Total
4
Shares
Share 4
Tweet 0
Pin it 0

Are These The Best Automotive Stocks To Watch As The Industry Revs Up?

Automotive stocks can refer to stocks of a variety of companies. These include companies that make traditional automobiles, motorcycles, renewables energy vehicles, and more. They also include car dealers and car rental companies. Sure, the automotive industry has been brought down to its knees during the onset of the pandemic. The unprecedented economic crisis in modern history has caused many factories to halt production. In addition to this, sales dropped dramatically for automotive companies. Many companies in the automotive sector were on the verge of collapse. But the sector seems to be showing signs of life as auto companies are witnessing strong traction post lockdown.

Some people think that the stock market today appears to be quite unusual. But its dynamic has been a boon for certain auto stocks. We saw Tesla (TSLA Stock Report) became the largest automaker by market capitalization amid the EV boom. This is huge for EV stock enthusiasts considering the company continues to report strong sales in the face of the pandemic. What seems to be a strange dissociation between the stock market and the broader economy is also drawing more “traders” to the financial market. Shares of bankrupt car rental company Hertz Global Holdings (HTZ Stock Report) jumped almost 19% on Monday morning before closing 13.2% lower. This came after the car rental company secured another financing deal to keep it afloat. So with that being said, automotive stocks have been a rather volatile market.

Electric Vehicles & Autonomous Driving Are The Future Of The Auto Industry

It’s highly likely that some of the most exciting opportunities for the next few years will involve manufacturers of electric vehicles. Electric vehicle stocks continue to march higher, and most analysts expect them to largely displace fossil fuel vehicles over time. Shares of EV manufacturers are already seeing high growth this year, which is exciting for investors.

But it’s important to remember that the processes involved in developing and manufacturing electric vehicles aren’t all that different from those used by makers of traditional fossil fuel vehicles. And as the technology improves over time, the costs will be lower. By then, electric vehicles could become a much more competitive market, much like the market for traditional vehicles today. It’s also important to note that traditional carmakers are also introducing EVs of their own. With all that being said, are these the top automotive stocks to buy in the stock market today?

Stocks of Chinese car dealership Kaixin Auto Holdings (KXIN Stock Report) skyrocketed on Monday after a strong end to last week. This came after the company benefited from a big boost to Chinese auto stocks last Wednesday. JPMorgan analyst, Nick Lai, upgraded his overall outlook on the Chinese electric vehicles market. The analyst says China’s electric vehicle penetration will be four times higher by 2025. Upon the upgrade, the likes of Nio (NIO Stock Report) and Xpeng (XPEV Stock Report) saw major gains last week. But as one of the premium used car dealerships based in China, Kaixin Auto Holdings also reaped the benefits. You could say that a rising tide lifts all boats.

The company has 14 dealerships across 14 cities in 12 provinces in China. It primarily focuses on major European automakers such as Audi, BMW, Mercedes-Benz, Land Rover, and Porsche. Since the company’s inception, Kaixin has moved from the realm of financing into a dealership network that provides a variety of value-added and after-sale services in a span of 5 years.

Now that China has recorded a 4.9% GDP growth in the latest quarter, you could safely assume that the economy is returning to normal. Auto companies including Kaixin are cyclical in nature, and they are likely to ride on the recovery. With that in mind, is KXIN stock a top automotive stock to buy?

With Ford Motor’s (F Stock Report) foray into the EV space with its Mustang Mach-E, investors are putting F stock back on their watchlist. The American automaker is not sitting idle while competitors like General Motors (GM Stock Report) and other traditional automakers venture into the EV business. Certainly, all are keen to catch up with pure-play EV companies like Tesla and Workhorse Group (WKHS Stock Report). Apart from bringing its own EVs into the market, Ford also invested massively in a Pittsburgh-based AI company called Argo AI in 2017.

Argo AI is the developer of maps and virtual driver systems for Ford’s autonomous vehicles. You see, Ford is investing an additional $3 billion in autonomous vehicles through 2023. Should the initiative bear fruit, it will certainly jumpstart F stock in the future. Unfortunately. Due to the novel coronavirus, Ford had to delay its plans. Despite the setback, Ford has made some progress including testing pilot autonomous delivery programs with companies including Postmates and Walmart (WMT Stock Report).

You can say that Ford has tremendous potential to become a force to be reckoned with in the autonomous vehicles market. In fact, Ford is within the top 3 in this market, according to research firm Navigant Research. As the iconic American auto pioneer moves towards a self-driving future, will F stock see brighter days ahead?

[Read More] Are These The Best Communication Stocks To Buy Right Now?

Yes, I know what you are thinking. Baidu (BIDU Stock Report) is not a traditional automaker and also not an electric vehicle company. But it has been making some significant strides in artificial intelligence (AI) and autonomous driving. Also, the company has recently announced on its official Weibo account that its self-driving taxi service has been fully operational in Beijing. On top of its advertising revenue, many experts are betting that the autonomous driving segment will play a significant role in BIDU’s stock growth in the future.

Baidu recently unveiled its fully functional autonomous car as part of its Apollo project. This seems like a productive time for Baidu indeed. The company’s autonomous driving computer, the Apollo computing unit is also ready for use.

In addition, Baidu completed its new autonomous vehicle R&D base in Beijing earlier this year. The 145,000-square-foot facility is called Apollo Park. Analysts are estimating a $500 billion market for autonomous vehicles in China by 2030. Should Baidu be able to capitalize on its leadership position successfully, BIDU stock could be very rewarding for investors in the decade to come. 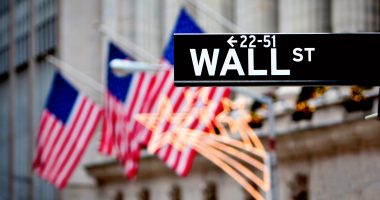 U.S. stocks rebounded on Wednesday after the S&P 500 closed in correction territory yesterday. 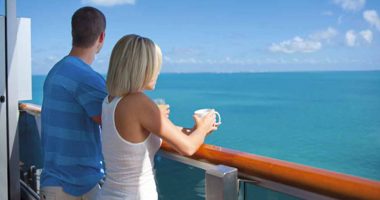 Could these leisure industry giants be your next big investment? 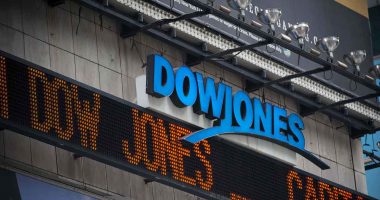 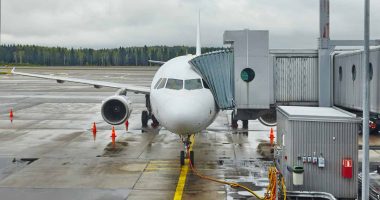 Could these travel stocks bring you gains this holiday season?