Looking For Retail Stocks To Buy Next Week? 4 Names To Know

As consumer confidence in the economy increases, how will these retail stocks perform?
Total
3
Shares
Share 1
Tweet 0
Pin it 2

Are These Top Retail Stocks On Your Radar Next Week?

This year could be a better one for retail stocks. As many projections are calling for growth this year over a decline in 2020, a rebound in the industry may happen in the months to come. Retail is one of the most dynamic industries in the world after all. After monthly declines, the U.S. consumer confidence index improved moderately in January. The index gives insight into how the economy is doing. Despite being below pre-pandemic levels, this increase indicates that Americans now feel more confident regarding the labor market and overall economic environment. With the U.S. government mulling another round of stimulus checks, could top retail stocks get another lifeline that they desperately need?

Consumer spending would of course play well for the retail industry. Furthermore, retail companies who expanded to the digital space were rewarded in this pandemic. Take retail stocks like Lowe’s (NYSE: LOW) and Home Depot (NYSE: HD) that have seen impressive gains despite the pandemic. Retailers who did not adapt have already filed for bankruptcy or are on the brink of it. Given the outlook for the industry, retail could be positioned for growth this year. All things considered, will you consider adding these top retail stocks to your watchlist next week?

GameStop has received an incredible amount of attention in the last few weeks. It was caught up in the middle of a buying frenzy between retail traders and short-sellers. Despite losing over 80% of its valuation in the last week, it is still up by over 200% year-to-date. There also seems to be some positive momentum today. This could be due to brokers like Robinhood removing their trading restrictions on GameStop. The company is a retail gaming company and has been making huge plays in expanding its already comprehensive e-commerce properties.

On Wednesday, GameStop announced that it has appointed Matt Francis to the newly-created role of Chief Technology Officer. Francis will bring more than two decades of experience in e-commerce and consumer technology to GameStop. Most recently, he was an Engineering Leader at Amazon’s (NASDAQ: AMZN) Amazon Web Services. He will be responsible for overseeing e-commerce and technology functions for the company.

Last month, the company also announced that 3 new directors will be added to the company’s Board of Directors. The three new directors are Alan Attal, Ryan Cohen, and Jim Grube. Ryan Cohen was the co-founder of the successful e-commerce company, Chewy (NYSE: CHWY). Despite the volatility in the last month, could GameStop be set for long-term growth? With such exciting developments surrounding the company, will you consider buying GME stock?

Peloton is an exercise equipment and media company that is based in New York. Its main products include a stationary bicycle and treadmill that allow monthly subscribers to remotely participate in classes that are streamed from the company’s fitness studio. It is a leading interactive fitness platform in the world with over 4.4 million members. The company’s shares have fallen by over 8% as of 3:42 p.m. ET.

Fresh of its second-quarter fiscal yesterday, the company posted very impressive financials. Unfortunately, it seems investors are not terribly impressed. Its total revenue grew by 128% to $1.06 billion. The company also saw its Connected Fitness Subscriptions grow by 134% to approximately 1.67 million. Evidently, the company continues to see robust demand for its products and fitness platform. Its manufacturing output has also significantly increased, and the company has officially begun ramping up production at its Shin Ji factory in Taiwan.

In December, the company announced that it will purchase Precor, one of the world’s largest commercial fitness equipment providers. Together, Peloton sees an opportunity to accelerate its plan to produce Peloton products domestically and further enhance its consumer and commercial offerings. With that in mind, will you consider buying PTON stock?

Next on this list is retail corporation Target. It was one of the few retailers that were very successful in weathering through the pandemic. So much in fact that it peaked at an all-time high last month at $199.96 per share. The company’s share has since taken a slight breather. It has recently begun offering more Levi Strauss (NYSE: LEVI) merchandise. This is crucial for the company which relies on exclusive partnerships to offer its shoppers unique merchandise.

In the company’s third-quarter fiscal posted in November, the company has shown resilience. It remains a durable business that continues to grow. For the quarter, it saw its comparable sales grow by 20.7% year-over-year. Its comparable digital sales grew by a whopping 155%. Target also posted adjusted earnings per share of $2.79 for the quarter. The company reported that guests are shopping more often at Target and this has resulted in unprecedented market share gains.

This is likely because the company offers an all-in-one shopping solution for its customers. Its same-day services such as Drive-Up, increased by more than 500% for the quarter as well. As Target shows an impressive track record, will you consider TGT stock as a top retail stock to buy?

Estée Lauder is a multinational manufacturer and marketer of prestige skincare, makeup, fragrance, and hair care products. The company is a leader in global prestige beauty, a dynamic and vibrant industry that is benefitting from favorable demographic trends. The company has stores in over 150 countries and territories, so it boasts an impressive front. EL shares have been up by over 10% since the start of the month. The company today announced its second-quarter financials and investors are certainly excited about it.

In it, Estée Lauder reported net sales of $4.85 billion, which is a 5% increase on a reported basis. The company’s diluted earnings per share increased by 56% to $2.37. Its net earnings increased to a whopping $873 million.

CEO Fabrizio Freda had this to say, “We are proud to have returned to growth in our second quarter, earlier than we anticipated, demonstrating the enduring success of our multiple engines of growth strategy. The powerful engines of Skin Care, Fragrance, Asia/Pacific, Travel Retail in Asia, and global Online fueled our performance despite the increasing complexity of the pandemic.” All things considered, will you buy EL stock?

Despite the global chip crisis, is the semiconductor industry still thriving? 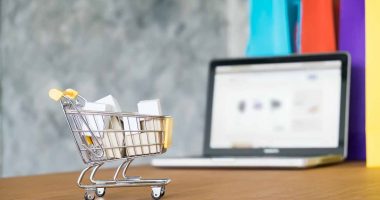 Could these e-commerce stocks be worth adding to your cart now? 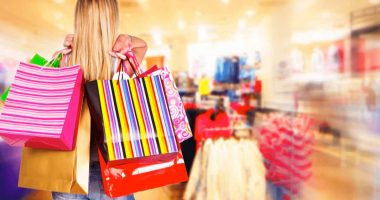 Check out these retailers making headlines in the stock market today. 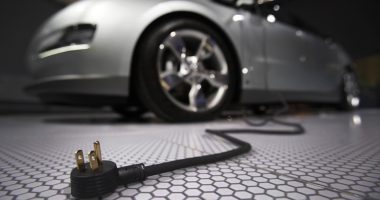 Check out these EV players that are kicking into high gear.