Looking For The Top Biotech Stocks To Watch This Week? 4 To Watch

From coronavirus vaccines to life-saving drugs, is the biotech industry still worth investing in now?
Total
3
Shares
Share 1
Tweet 0
Pin it 2

Do You Have These Top Biotech Stocks On Your Watchlist?

It goes without saying that the biotech sector remains a crucial aspect of the broader healthcare industry today. By extension, this would help explain why investors continue to watch the top biotech stocks. This would be the case as people across the globe have been paying close attention to the latest developments in the field. Specifically, they have been tuning in and learning more about vaccines and clinical trial procedures. Coupled with the wave of new investors receiving their stimulus checks, this could set up the perfect storm for biotech stocks moving forward. Accordingly, Goldman Sachs (NYSE: GS) more than tripled its initial estimate for household net equity demand this year. Could now be the time to make an entry into the biotech market?

Aside from these tailwinds, what are the merits of investing in the sector might you ask? Well, like most tech-based industries, there are more often than not exciting new developments from biotech companies. For instance, U.K.-based vaccine company AstraZeneca (NASDAQ: AZN) posted findings from a large U.S. trial earlier today. The data suggest that AstraZeneca’s vaccine is 79% effective in preventing infection and 100% effective against severe symptoms and hospitalization. Elsewhere, neurodegenerative drug manufacturer Alector (NASDAQ: ALEC) saw its share prices rise by over 17% last week. This is on account of the company applying for a patent for its Alzheimer’s drug program. Given the recent dip in biotech stocks overall, could these biotech players be worth investing in?

Starting us off is California-based biotech company, Sangamo. In brief, the company applies cell and gene therapy to combat hemophilia and other genetic diseases. Among Sangamo’s notable product candidates would be its hemophilia A drug which is being co-developed with Pfizer (NYSE: PFE). In its recent-quarter fiscal posted last month, the company revealed that it had advanced said drug into a Phase 3 clinical trial.

Additionally, Sangamo is also currently collaborating with the likes of Biogen (NASDAQ: BIIB) and Novartis (NYSE: NVS) on neuroscience-based products. Given its current partnerships, I would not be surprised to hear that investors are watching SGMO stock closely. In fact, a recent update from Sangamo could make this the case now.

Namely, the company revealed that the European Medicines Agency (EMA) released a positive update on Sangamo’s sickle cell treatment. Specifically, the EMA’s Committee for Orphan Medicinal Products released details suggesting that the treatment can be used on orphans. This could possibly expand the reach and market for the treatment should it be commercialized. Through its current collaboration with co-developer Sanofi (NASDAQ: SNY), Sangamo will provide further updates on the drug later this year. Given all of this, will you be watching SGMO stock?

[Read More] Are These The Top Industrial Stocks To Buy Right Now? 4 Names To Watch

Following that, we have Clovis Oncology. As the name suggests, the company focuses on manufacturing and marketing products that help treat cancer. To elaborate, the company develops diagnostic tools which it can employ to target specific subsets of cancer. Through collaborations with partners, Clovis claims to have the “flexibility to choose the most appropriate tech” for each of its programs. This would make the process of gaining regulatory approval more within the company’s control given its approach to precision medicine. To investors’ delight, CLVS stock is looking at year-to-date gains of over 60%. More importantly, the stock surged by over 47% during intraday trading last Friday after its latest operational update.

In detail, Clovis provided positive updates on its Phase 3 study on its ovarian cancer treatment, Rubraca (rucaparib). Particularly, the data suggests that rucaparib significantly improves progression-free survival when compared to conventional chemotherapy. These results were obtained from studying patients with advanced and relapsed ovarian cancer.

Given the limited treatments for patients with advanced and relapsed ovarian cancer, Clovis’s drug would be filling a market gap. If that wasn’t enough, the drug comes in the form of an ingestible tablet, making for easier administration and storage. Could all this make CLVS stock worth watching? You decide.

Foghorn Therapeutics is a Massachusetts-based biotech company that specializes in developing medicine targeting genetic diseases. Crucially, Foghorn does so through the unique approach of targeting the chromatin regulatory system (CRS) in our genes. Via its Gene Traffic Control platform, Foghorn gains insight into genes and can identify valid drug targets within the CRS. According to Foghorn, this is an “untapped opportunity for therapeutic intervention”. Furthermore, the company is also currently working with pharma giant Merck (NYSE: MRK) on CRS-based cancer treatments as well. Meanwhile, FHTX stock skyrocketed by over 35% last Friday after providing a corporate update.

Essentially, Foghorn revealed that it would be initiating several clinical studies. These include treatments targeting several aspects within the CRS. CEO Adrian Gottschalk revealed that initial data for said studies should be released by the end of 2021.

In closing, Foghorn mentioned that it is well resourced to achieve several clinical and preclinical milestones over the coming quarters. Ideally, should the company be able to make headway with its products, it would be set apart from the competition. Does this make FHTX stock a top biotech stock to watch now? I’ll let you make the decision.

Another biotech stock on investors’ radars now would be Hookipa Pharma. To begin with, the clinical-stage biopharmaceutical company’s developmental pipeline mainly consists of immunotherapies. Hookipa develops said treatments via its proprietary arenavirus platform that “reprograms the body’s immune system”. In short, Hookipa’s tech targets antigen-presenting cells in the body to activate the immune system. Subsequently, the tech enables repeat administration to “augment and refresh” our immune responses accordingly.

Accordingly, Hookipa is currently working with biotech juggernaut Gilead Sciences (NASDAQ: GILD), researching cures for HIV and chronic hepatitis B. As it stands, HOOK stock has almost doubled in value over the past year. The company’s shares closed at a record high last week after releasing its latest financial update.

Diving right into it, Hookipa exceeded consensus earnings and revenue estimates. In particular, it posted a total revenue of $5.16 million for the quarter, marking a 42% year-over-year surge. When compared to the general revenue projection of $4.2 million, I can see why investors were keen to jump on HOOK stock. In terms of operational highlights, Hookipa reported seeing “promising clinical activity” across its lead oncology and infectious disease candidates. All things considered, will you be HOOK stock to your watchlist? 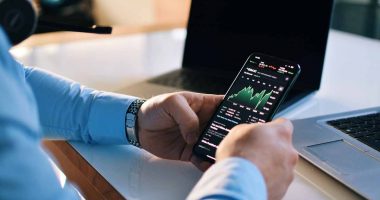 Could industrial stocks be poised for growth in 2022? 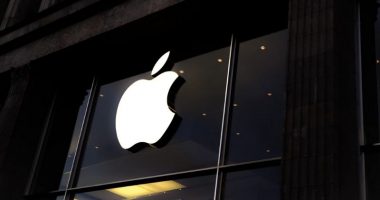 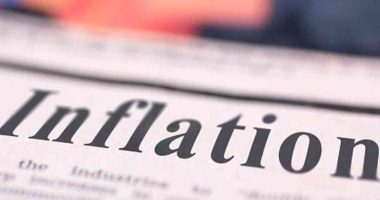 As inflation measures skyrocket, these inflation stocks could continue to grow. 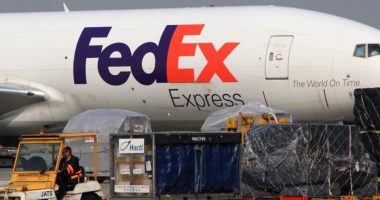 Markets are mixed after producer price index came in within expectations