If there’s one trend that has continued building interest in the stock market today, it’s been that of reopening stocks. Originally coined by Fundstrat’s Tom Lee early in the pandemic, “reopening stocks” are companies that were hit hardest by the coronavirus pandemic but could benefit the greatest from an economic reopening. The umbrella of reopening stocks is broad and covers anything from automotive to consumer cyclical stocks.

The stock market has been brutal to tech investors, to say the least. The Nasdaq’s slump has yet to see its bottom. Lee sees a major market shift underway in which Big Tech starts to greatly underperform the broader market. So, he’s telling investors to double down on top reopening stocks, which are likely to profit as the economy reopens. For example, we can see this in the likes of TripAdvisor (NASDAQ: TRIP) and American Airlines (NASDAQ: AAL). And the optimism we have today is not unwarranted.

Recall that the White House delivered good news to the U.S. public last week, moving up the timeline for vaccine distribution. President Joe Biden said there should be enough vaccine supply for every American adult to get inoculated by the end of May. That’s two months ahead of previous estimates. Assuming the estimate is correct, the U.S. could begin to normalize by the end of spring. Before that happens, investors should prepare a list of top reopening stocks to buy before the rest of the market caught on.

Top Reopening stocks To Watch In The Stock Market Today

First up, Disney stock had a strong start of the week by closing 6.27% higher. This came after California provided new guidance allowing amusement parks to reopen in the state starting April 1. This is highly encouraging for DIS stock because the theme parks have been closed for about a year due to COVID-19 related restrictions. Once the company’s theme parks open at full capacity, there would be a surge in in-person entertainment revenue streams.

Of course, the entertainment powerhouse restructured in recent months to make Disney+ its core business. But we know that Disney’s tourism-focused businesses are still essential to the company. Sure, Disney+ may get all the attention these days. However, as we slowly normalize with the vaccines continuing to roll-out, we could see pent-up demand for its products and services as it slowly opens up its theme parks and merchandise stores. With its streaming platform firing on all cylinders at the same time, Disney could come out of this pandemic stronger than before. All things considered, will you be adding DIS stock to your portfolio?

Another epicenter stock to watch is AMC Entertainment Holdings, joining a broader rally as Reddit darlings and epicenter favorites bucked the tech sell-off.  As the biggest cinema operator in the world, it is no surprise that AMC has seen the biggest fall in revenue over the past year. The cinema operator was heavily in debt and facing increasing competition from in-house entertainment options. Therefore, many investors are shying away from AMC stock. The recent announcement that movie theaters will reopen in New York City this month may have given the stock a push, but not strong enough to keep the rally going. Rather, it was the returning interest from Reddit that helped extend the rally since the reopening announcement.

Of course, the reopening plan comes with some stipulations. For instance, cinemas can only operate at 25% capacity, while the number of guests will be limited to a maximum of 50 people per screen. The ability to reopen its venues in a key market is certainly welcome news. You could almost say it is a reprieve for the struggling movie theater chain. Of course, that does not mean that the company is out of the woods yet. The question is, would you bet on AMC stock in anticipation of more venues reopening besides the price support from Reddit investors?

[Read More] Coupang IPO: What Should Investors Know About This E-Commerce Stock?

Next up, Ford stock appears to be revving up. It is bucking the trend of EV stocks sell-off including hot names like Tesla (NASDAQ: TSLA) and Nio (NYSE: NIO). The legendary automaker has built up some momentum amid a bright outlook with its new all-electric vehicle, the Mustang Mach-E. If you have been following the space, you would’ve seen news of Mustang Mach-E eating into Tesla’s US sales. That could possibly explain why F stock could hold relatively stable while other red-hot EV stocks are tumbling by double-digit percentages in recent trading sessions.

It’s only a matter of time emerging EV players like Ford could grab significant market shares as it expands to other markets. No doubt, there is a lot of room for Ford to expand into. After all, the trillion-dollar auto market can accommodate multiple big players. You are looking at an established automaker with high exposure to both EV and AV technology. The question is, do you believe Ford has the potential to become a force to be reckoned with? If so, would you be willing to bet that F stock will see brighter days ahead as the economy reopens?

Last on the list is Macy’s. Macy’s is the largest U.S. department store company by retail sales. It has over 500 stores and has over 130,000 employees. The company’s flagship store is in New York City and features about 1.1 million square feet of retail space. The company posted its first quarterly profit in a year. This came as efforts to slash inventories and rely less on deep discounting during the holidays paid off.

Macy’s said it expects 2021 to be a year for recovery and rebuilding. The company seems to be clawing its way back from the losses it has suffered during the pandemic. Investors clearly think the company is on road to recovery, fueled by a combination of vaccine rollout and the successful acceleration of its e-commerce business. Given the uncertainty of its turnaround time frame, is Macy stock on your list of top reopening stocks to watch? Or is this rally a profit-taking opportunity? Your guess is as good as mine. 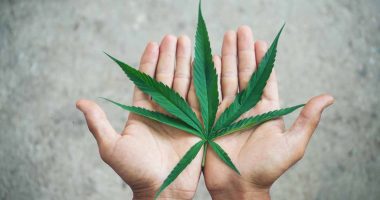 Investors may want to keep an eye on these hot cannabis stocks in the stock market now. 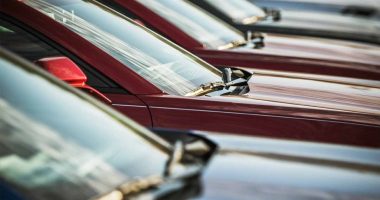 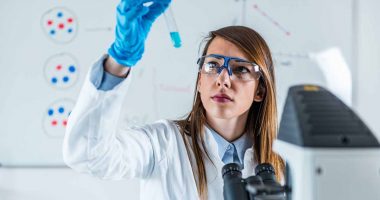 The global chip shortage could allow investors to buy semiconductor stocks at discount.