Making A List Of The Top Cryptocurrency Stocks To Watch? 4 Names To Know

With all the buzz around Bitcoin, these crypto stocks seem to be making the most of it.
Total
2
Shares
Share 0
Tweet 0
Pin it 2

Are These The Best Cryptocurrency Stocks For Your Watchlist?

Cryptocurrencies have and continue to be a hot topic of discussion even as we enter March. Accordingly, investors looking to profit off this trend have flocked towards the top cryptocurrency stocks. This would be thanks to the meteoric rise of Bitcoin. As a result, companies such as Marathon Digital Holdings (NASDAQ: MARA) that mine bitcoins are in the limelight now. Other cryptocurrencies making waves now would be Ethereum which has more than doubled in value year-to-date and Dogecoin. Particularly, the latter is up by over 1,000% year-to-date thanks to endorsements from Tesla (NASDAQ: TSLA) CEO Elon Musk. These figures seem impressive, yes, but the real question is how viable are cryptocurrencies in this age?

According to Citibank (NYSE: C), Bitcoin may “become the currency of choice for international trade” one day. Evidently, we can see more mainstream companies beginning to adopt the cryptocurrency as a legitimate form of payment. For example, Tesla revealed plans to do so last month as it acquired $1.5 billion worth of bitcoins. Another major company that has already made this shift is Microsoft (NASDAQ: MSFT). At the same time, fintech players like PayPal (NASDAQ: PYPL) now facilitate Bitcoin-related transactions as well. Regardless, investors may not be too keen on investing directly into the currency, given its volatility. Instead, they would turn towards companies with financial interests in Bitcoin. Well, if you are among them, here are four to consider.

If anything, the company could be in a good position to benefit from the growing adoption of cryptocurrencies. As such, FTFT stock has more than tripled in value year-to-date. Aside from overall upward movement in the industry, the company also made a major announcement over the weekend.

Notably, Future FinTech revealed that it signed an agreement with Sichuan Longma Electronic Technology (Longma). In detail, the company acquired a 60% equity interest in Longma’s subsidiary Sichuan Ticode Supply Chain Management (Ticode). Why does this matter? Well, Ticode offers financial services that focus on the supply chain industry. Primarily, this is in terms of electronic components, tech services, and supply chain data management. According to CEO Shanchun Huang, this would improve the value chain of Future FinTech’s fintech services. Given all of this, will you be watching FTFT stock?

Following that, we will be looking at Colorado-based Bitcoin miner, Riot. For some context, the company focuses on building, supporting, and operating blockchain technology ecosystems. It is also one of the few NASDAQ-listed bitcoin mining companies in the U.S. at the moment. With the recent rise of Bitcoin, RIOT stock has also been on a tear. The company’s shares are currently sitting on gains of over 1,400% in the past six months. Nevertheless, Riot does not seem to be slowing down anytime soon.

Just last month, the company made several key announcements. First off, Riot appointed Jason Les as its new CEO on February 8. Les brings over 7 years of experience as a Bitcoin miner and blockchain technology engineer. Admittedly, this move makes sense as Riot has been expanding its Bitcoin mining capabilities over the past year. Also, the company received over 2,000 next-generation cryptocurrency miners (Antminers) from bitcoin-mining tech company, Bitmain on February 11. This further enhanced the company’s mining capabilities with a mining fleet of over 11,500 Antminers.

Moreover, the company mentioned that it has placed orders for another 26,100 Antminers. These will be fulfilled via scheduled monthly shipments through October 2021. According to Les, this means that Riot remains on schedule to triple its current mining capacity by Q4 2021. Given the company’s current momentum, will you be adding RIOT stock to your watchlist?

SOS is an emerging blockchain-based and big data-driven marketing and solution provider. Together with other cryptocurrency stocks, SOS stock jumped by over 40% during intraday trading yesterday. For one thing, SOS is one of the newer players on the cryptocurrency scene. At the moment, the company is working to roll out its mining infrastructure. On top of that, it has plans to develop insurance and security management solutions for digital assets and cryptocurrencies. As with most assets, cryptocurrency owners would require a means of keeping things secure. Given SOS’s current trajectory it could help to fill this demand in the future. Not to mention, the company also serves several booming end markets via its marketing data arm. These include but are not limited to the cloud computing, Internet of Things, and artificial intelligence industries.

In terms of cryptocurrency-related business, SOS provided a key update on its cloud crypto mining center last week. On Thursday, the company revealed that it entered into a definitive agreement with Leibodong Hydropower Station (Leibodong). With this agreement, Leibodong will provide SOS with electricity and house its crypto mining rigs for a term of three years. Having secured a location, SOS is now another step closer to setting up its cloud mining operations.

Furthermore, the company also announced that it received 5,000 additional crypto mining rigs as well. Time will tell if SOS can make the most of its current mining infrastructure once it is set up. For now, would you consider watching SOS stock?

Another cryptocurrency player in the spotlight now would be MicroStrategy. In summary, the company offers business intelligence and cloud-based services. But, MSTR stock is on a tear now thanks to its growing Bitcoin reserves. Thanks to CEO Michael Saylor’s adamant belief in the cryptocurrency, MicroStrategy has become a go-to for many crypto investors. Subsequently, this would explain MSTR stock’s year-to-date gains of over 80%. In particular, after gaining by 4% yesterday, MicroStrategy made yet another purchase of bitcoins.

Diving right into it, the company revealed that it had bought 328 bitcoins for $15 million in cash. All in all, this puts MicroStrategy’s Bitcoin count up to about 90,859, raising its total Bitcoin holdings above the $4 billion mark. Coupled with its earlier $1 billion investment into the cryptocurrency, I can see why crypto investors would be keen to invest in MSTR stock.

According to Saylor, the company’s current reserve was purchased at a price of around $2.186 billion. Given Bitcoin’s current valuation, this would put the company at a profit around the $2 billion mark. This paired with its apparent move towards building a blockchain analytics team could bode well for MSTR stock moving forward. Would you agree? 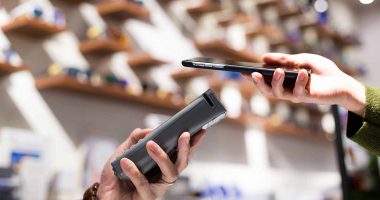 Could these consumer tech stocks be top picks as Big Tech earnings roll in? 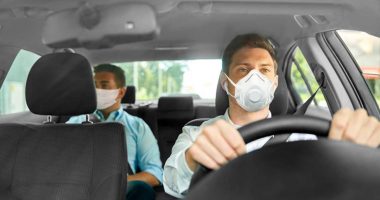 With widespread vaccinations and improving pandemic conditions, these reopening plays are in focus. 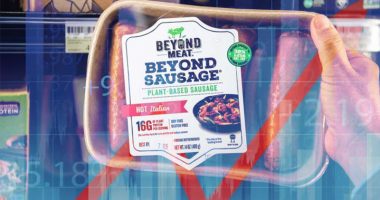 Is It Time To Buy BYND Stock? Meat stocks have been in… 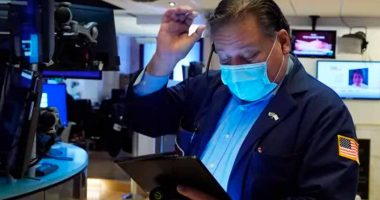