Making A List Of Top Entertainment Stocks To Watch Right Now? 4 To Know

With consumers still stuck at home, could these entertainment companies see another wave of stimulus check money?
Total
3
Shares
Share 1
Tweet 0
Pin it 2

Are These Top Entertainment Stocks On Your Watchlist?

Amongst all the industries booming throughout the pandemic, the entertainment industry is a unique one. With people stuck at home, streaming and gaming stocks saw their sales explode over the past year. That came as most conventional forms of in-person entertainment were halted. Thanks to today’s technology, physical distance is no longer a barrier to entertainment. Whether it is gaming with friends from around the globe or watching movies on a shared screen, options are plentiful. As a result, investors could be looking out for the top entertainment stocks ahead of the upcoming stimulus checks.

At the same time, entertainment companies continue to up their game. Take Zynga (NASDAQ: ZNGA) for example. The social gaming company just acquired a cross-platform game-studio, Echtra Games. In doing so, Zynga is expanding and diversifying its portfolio with the development team behind the legendary fantasy game series, Diablo. Elsewhere, video game giant Electronic Arts (NASDAQ: EA) also acquired GluMobile Inc. last month for $2.1 billion. With this move, the company seems to be looking towards the highly accessible mobile gaming industry. With so much activity going on in the industry, entertainment companies appear keen on maintaining their current momentum. In light of that, would you consider watching these entertainment stocks?

Starting us off is streaming giant Roku. For the uninitiated, the company manufactures digital media players for video streaming and also offers its own subscription streaming service. Moreover, Roku also operates an advertising business. With its comprehensive offerings, the company profits from multiple angles in the hot streaming industry now. As you’d expect this would make ROKU stock a prime candidate for investors looking to bet on the current cord-cutting trends. After having tripled in value over the past year, could ROKU stock have more room to grow?

For one thing, ARK Investment’s Cathie Wood appears to feel so. Amidst the recent dip in tech stocks, the ARK Innovation ETF (NYSE: ARKK) snapped up about 150,000 of the company’s shares. As such, investors following Wood could be in the market for ROKU stock now. Besides, Roku does not seem to be slowing down anytime soon as well.

Last week, the company announced that it had acquired Nielsen’s (NYSE: NLSN) advanced video advertising business. Through this deal with the ratings and data analytics company, Roku is likely looking to bolster its advertising business. Given all of this, I could see why investors would want to add ROKU stock to their watchlists. Will you be doing the same?

Another top entertainment company in focus now would be Penn National Gaming (PENN). In brief, it is the largest regional gaming presence in the U.S. with 41 properties across 19 states. Notably, PENN continues to evolve into an omnichannel provider of online gaming, live racing, and sports betting services. It does so via its gaming division, Penn Interactive. Given the rise in online sports betting, PENN is clearly making the most of its current assets. Accordingly, PENN stock is looking at mind-blowing gains of over 2000% since the March 2020 selloffs. Given its latest operational update, I could see this trend continuing.

In detail, PENN revealed that the Illinois Gaming Board approved the company’s online sports wagering services in the state. Subsequently, PENN is now planning to launch its Barstool Sportsbook app for smartphone and desktop users tomorrow. CEO Jay Snowden pointed out that the timing for this works to PENN’s advantage as well.

Snowden cites bettors gearing up for the upcoming March Madness season where the national college basketball tournaments kick-off. While in-person sports events are still running at limited capacity, PENN will likely continue to profit from online betting. Could this make PENN stock worth investing in now? You tell me.

When it comes to the world of entertainment, Disney is surely a name that stands out. From its timeless classics turned theme park attractions to its massive portfolio of legendary IPs, Disney has plenty to offer. However, the company’s main theme park business continues to suffer losses at the hands of the pandemic. But, the real breakout story here is involving the company’s streaming service, Disney+. After adapting its massive media portfolio to fit the streaming mold, Disney continues to make it big with homebound consumers. Likewise, DIS stock appears to be having the same effect on investors as well, seeing as it hit a new all-time high earlier on Monday.

This rings especially true when compared to Netflix’s (NASDAQ: NFLX) 204 million paying subscribers as of the last year-end. With the company still rolling out Disney+ to other parts of the globe, subscriber figures could continue to skyrocket. With this in mind, will you be watching DIS stock now?

Last but not least, we have leading audio streaming company Spotify. On the platform, Spotify’s 320 million listeners across 93 markets have access to over 60 million tracks. The likes of which consist of the latest songs and hit podcasts created by over a million unique artists. Given its massive audio library, there is more often than not something for listeners of all kinds. Evidently, this has paid off for Spotify. The company reported substantial growth in active users and subscriber additions in its recent-quarter fiscal last month. With SPOT stock down from the recent tech pullbacks, could now be the time to buy on the dip?

Well, despite SPOT stock’s current performance, Spotify seems to be kicking into high gear. In late February, the company revealed plans to launch in 85 new international markets. In theory, it would be expanding its service to over a billion potential customers.

According to Spotify spokesman Alex Norstrom, the company is aiming for the Bangladeshi, Pakistani, and Nigerian markets. Norstrom cited these markets as being home to the “fastest-growing internet populations in the world”. Time will tell if Spotify can find success in these markets. Should this be the case, do you see more growth ahead for SPOT stock? 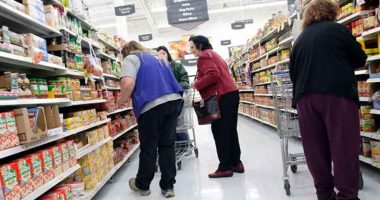 Are these the best dividend stocks to buy right now after the new CPI inflation report was released today? 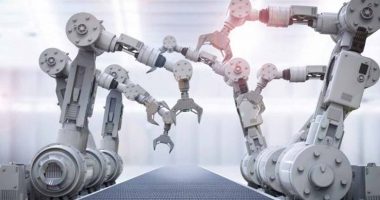 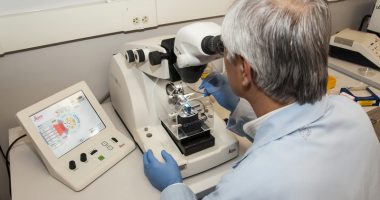 3 Biotech Stock Poised For Huge Growth In The Long Run. 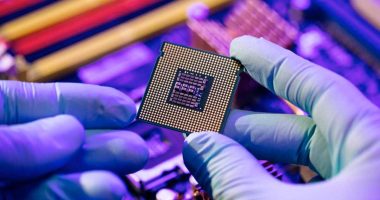 Do these semiconductor stocks deserve a spot on your watchlist?