Most Active Stocks To Watch Today? 4 Hydrogen Stocks In Focus

Are These Hydrogen Stocks The Most Active Stocks To Buy Today?

With the stock market having seen its worst first-half performance in decades, one would wonder, will the market bottom soon? Well, concerns over heightened inflation and a potential recession weighed heavily on the mind of investors. Nevertheless, some investors may be thinking of the longer term. As such, a high-growth sector such as hydrogen stocks could come to mind. For starters, it blends well with the current trends of shifting towards a greener and cleaner future.

Notably, the sector constantly sees new advancements and innovations. Earlier this month, we saw FuelCell Energy (NASDAQ: FCEL) announcing that it has executed a memorandum of understanding with TuNur Ltd. The company will use its Electrolysis platform and leverage the power of North African solar projects to accelerate the transition to low-carbon hydrogen. In other news, Hyzon Motors (NASDAQ: HYZN) also recently collaborated with Schlumberger Limited (NYSE: SLB) to reduce emissions in upstream oil & gas operations. Both parties will co-develop zero-emissions fuel cell power generation solutions for North American oil & gas well construction for land drilling rigs. Keeping all this in mind, here are four of the top hydrogen stocks in the stock market today.

One of the top names in the hydrogen industry today would be Plug Power. The company is a provider of hydrogen fuel cell turnkey solutions. As presently constructed, Plug Power focuses on proton exchange membrane (PEM), fuel cell and fuel processing technologies, and fuel/battery hybrid technologies. Aside from that, the company also manufactures and sells fuel cell products to replace batteries and diesel generators in stationary backup power applications. That said, PLUG stock has been down by more than 40% over the past year. At its current valuation, it could be an intriguing opportunity.

Furthermore, the company announced in June that it will build a 35-tons-per-day green hydrogen generation plant at Port of Antwerp-Bruges. It plans to build a 100-megawatt green hydrogen plant, using its own electrolyzer and liquefaction technology. With this, Plug will produce up to 12,500 tons per year of liquid and gaseous green hydrogen for the European market. Looking at the larger picture, this would likely address the energy crisis in Europe that resulted from geopolitical risks. With that in mind, would you consider adding PLUG stock to the top of your watchlist?

Another top hydrogen company to note is Air Products and Chemicals. By and large, this is an industrial gases company that provides related equipment and applications to customers in various industries. This includes refining, chemical, metals, electronics, manufacturing, and food and beverage. The company has several major hydrogen projects underway that it expects to complete in the coming years. To list a few, there is the $4.5 billion blue hydrogen project in Louisiana, and a $7 billion carbon-free hydrogen joint venture in Saudi Arabia.

Adding to the list, Air Products announced on Tuesday that it signed a joint development agreement with Gunvor Petroleum Rotterdam for an import terminal in Rotterdam. This site will be among the several European locations that the company envisages for the development of green hydrogen import terminals. It offers strategic access to receiving green ammonia from large-scale green hydrogen production locations operated by Air Products and its partners from projects around the world. Safe to say, the site will likely provide a strong response to the accelerating demand for green energy sources. So, would you consider APD stock to be a top hydrogen stock to watch?

Bloom Energy is a provider of solid oxide fuel-cell-based power generation platforms. Essentially, its technology produces electricity and hydrogen. The Company’s Energy server platform supports its technology roadmap, including hydrogen, electrolyzer, carbon capture, and marine and biogas solutions. Last month, the company and Westinghouse Electric Company entered into a Letter of Intent to pursue clean hydrogen production in the commercial nuclear power market. Together, the companies will attempt to identify and implement clean hydrogen projects across the nuclear industry. With the ability to operate at all times, nuclear plants are well-positioned to utilize electrolyzer technology and produce clean hydrogen with minimal disruption to ongoing operations.

On top of that, Bloom also recently announced that it will install one of its solid oxide fuel cells at Ferrari’s expanding manufacturing facility in Maranello, Italy. This is part of its efforts to help Ferrari set a new pace to achieve carbon neutrality in manufacturing by the end of the decade. Through Bloom’s solid oxide platform, Ferrari can expect to reduce its fuel consumption and carbon emissions at its manufacturing facility while unlocking cost and sustainability benefits. Now, this is a significant development as it marks Bloom’s entry into the European Union. Having such a foundation will be a crucial step to potentially larger projects between the two companies. Given these exciting developments, could BE stock have a strong second half of the year?

To sum up, the list, let us look at the Canada-based PEM fuel cell company, Ballard Power Systems. The company’s vision is to deliver fuel cell power for a sustainable planet. Its zero-emission PEM fuel cells are enabling the electrification of mobility, including buses, trains, commercial trucks, and even marine vessels. Financially, it is noteworthy that Ballard started the fiscal year 2022 with first-quarter revenue of $21.0 million, up 19% year-over-year. Along with that, the company also secured new orders totaling $27.8 million. Most of which came from its European customers.

Besides that, investors should also note that Ballard ended the quarter with strong cash reserves of $1.1 billion. Therefore, it would likely enable the company to comfortably execute its growth strategies in the long run. In addition, Ballard announced in May that it is partnering with Wisdom Motor Company and Bravo Transport Services Limited. The collaboration aims to accelerate the adoption of commercial fuel cell electric vehicles in Hong Kong. Ballard will be supporting Wisdom on the introduction of a new double-decker fuel cell bus. Meanwhile, Bravo will demonstrate these buses as part of its initiative to replace its fleet of buses with zero-emission models. All things considered, would you bet on the future of BLDP stock right now? 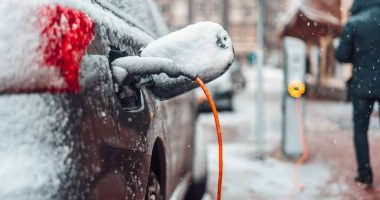 Could EV stocks be the way to go as international sanctions weigh on global oil supplies? 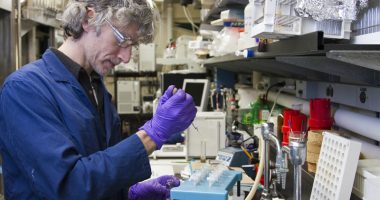 Are These Biotech Stocks Worth The Attention Now? 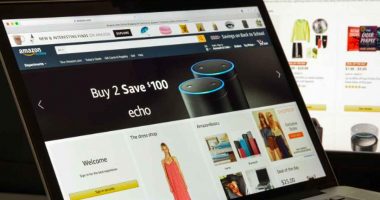 Given the cheap prices of tech stocks right now, would this be the ideal time to buy?

Demand for semiconductors is growing by leaps and bounds, are these the best stocks to watch in the industry right now?