Could gaming stocks be back in focus after Amazon CEO’s positive remarks?
Total
2
Shares
Share 1
Tweet 0
Pin it 1

Gaming stocks were among the hottest stocks to buy in the stock market during the global pandemic. The industry prospered as lockdown measures were enforced and people had to seek entertainment indoors. Since gaming is something we could do at home at any given time, it has become a popular option for many consumers. That said, the reopening of the economy and relaxation of restrictions will be a test for many gaming companies. Those that continue to innovate and push their boundaries will likely be able to keep their users engaged. After all, it is one of the most accessible forms of entertainment available today.

In fact, even Amazon’s (NASDAQ: AMZN) CEO Andy Jassy believes that video games could become the largest entertainment business one day. A week ago, the company released New World, an online computer game. It has gotten off to a great start and has millions of active players each day. However, this is still a bold statement for a company that is not renowned for making video games. So, do you think this is a realistic expectation, or is this an implausible claim? Either way, the gaming industry would likely continue to thrive as technology advances with better graphics over time. With that said, here is a list of the top gaming stocks in the stock market today that could be of your interest.

To kick start the list, we have video game company Electronic Arts (EA). Put simply, the company develops, markets, and delivers games, content, and services that can be played by consumers on a range of platforms. Most gaming enthusiasts would be no stranger to the company’s portfolio. Some of the most noticeable games developed by the company would include FIFA, Apex Legends, The Sims, Madden NFL, and many more.

In September, the company and AT&T’s (NYSE: T) Warner Media announced the completion of EA’s acquisition of Warner Bros. Games’ Playdemic, Ltd. Playdemic is a premier mobile gaming company known for its award-winning game Golf Clash. With more than 80 million downloads globally to date, it is one of the leading mobile games in the U.S. and U.K. Hence, this acquisition will further grow the company’s network of nearly half a billion players around the world.

Furthermore, EA also started October by celebrating the record-breaking launch of EA SPORTS™ FIFA 22. Players can now experience revolutionary next-gen HyperMotion gameplay technology on various devices such as PlayStation®5, Xbox Series X|S, and Stadia™. The HyperMotion technology enables the integration of the first-ever motion capture of professional players playing at high intensity. Its proprietary machine-learning algorithm learns from millions of frames of advanced match capture which then translates to new animations in real-time. With all these in mind, would you say EA stock is a top gaming stock to watch now?

Following that, we have the artificial intelligence computing company, NVIDIA. Essentially, it operates through two segments, Graphics and Compute & Networking. It designs graphic processing units (GPUs) that are used by the gaming and professional markets. NVDA stock has risen more than 50% since the start of the year and the demand for its products is still strong.

Despite all its recent success, NVIDIA is not one to rest on its laurels. On Tuesday, the company announced the extension of collaboration with Lenovo to include participation in NVIDIA’s early access program in support of Project Monterey. This is designed to modernize enterprise data centers with the security and performance of NVIDIA Bluefield data processing units. Given these considerations, would NVDA stock be at the top of your watchlist now?

Some of you may find it surprising to see Netflix on the list. Well, the company is traditionally a provider of subscription streaming entertainment services. With over 200 million paid memberships across 190 countries, the company is one of the pioneers of content streaming right now. That said, Netflix appears to be expanding its offerings to other industries such as gaming recently.

On top of that, it is also adding mobile games into its platform in select European markets. Three more games were introduced to Netflix members in Spain, Italy, and Poland. Through a new “Games” tab inside the Netflix app, members will be directed to the games’ listings on the Google Play Store for their region. Only thing is, you will need a Netflix account to begin playing. So, do you see a bright future ahead for NFLX stock as it begins its journey in the gaming market?

Roblox develops and operates an online entertainment platform. It offers Roblox Client, an application that allows users to explore 3D digital worlds. Also, it has Roblox Studio, a toolset that allows developers and creators to build, publish, and operate 3D experiences and other content. So, if you’re on Roblox’s platform, you will have identities in the form of avatars to interact and express yourselves.

The company recently added its latest innovation in music in the metaverse. Roblox announced the first Roblox Listening Party last month. Artists can now premiere a new album through Roblox Listening Party which will give them access to millions of fans. Hence, fans can listen to their favorite music while they play and hang out with their friends. Poppy was the first artist to host a Listening Party on the platform with the debut of her new album, Flux.

In addition, Roblox has also revealed its August 2021 key metrics. For the month of August, its daily active users were 48.2 million, up 32% year-over-year. Meanwhile, its revenue was between $167 and $170 million, which would be double that of last year’s August. It appears that more people are using the company’s platform as talks of the metaverse intensify. With that in mind, would you consider investing in RBLX stock? 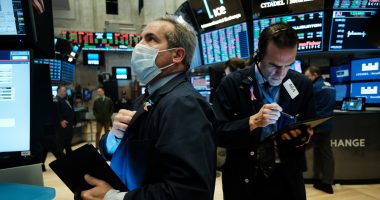 Stock futures in the green as investors look to buy on current broad-based weakness in markets. 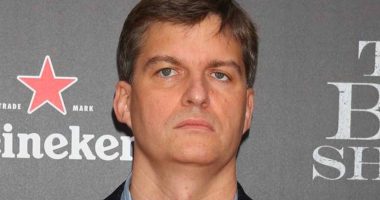 Big Short Investor Michael Burry is back in the news headlines. 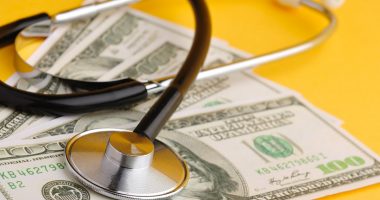 Are these top semiconductor players worth investing in right now?