Is now the time to buy the dip on CCIV stock after the recent pullback?
Total
1
Shares
Share 1
Tweet 0
Pin it 0

CCIV Stock Tanks More Than 30% On Extended Trading Monday, Is It A Buy?

Historically, when any company confirmed a SPAC deal, you would expect its stock price to skyrocket. However, that’s simply not the case with CCIV stock. What investors may have expected to be a hefty payday simply turns out to be a nightmare. This is especially the case for some investors who bought in the past few trading sessions. That could also be because the stock has overheated over the past few weeks. This came as investors continue to push up the stock price. Hence, it is natural that the deal confirmation led to a “sell the news” phenomenon on after-hours trading on Monday. But before contemplating whether CCIV stock is a good investment, let’s take a deep dive into what Lucid Motors has to offer.

What is Lucid Motors (CCIV)?

For those unfamiliar, Lucid is an EV company based in Newark, California. Lucid is one of the more well-known EV makers not yet trading publicly. The company is a brainchild of former chief engineer for Tesla (NASDAQ: TSLA), Peter Rawlinson. What’s more, its first Lucid Air model is already taking pre-sale reservations. The company’s mission is to inspire the adoption of sustainable transportation by creating the most captivating luxury electric vehicles centered around the human experience

“Lucid is going public to accelerate into the next phase of our growth as we work towards the launch of our new pure-electric luxury sedan, Lucid Air, in 2021 followed by our Gravity performance luxury SUV in 2023,” Rawlinson said in a statement.

It was not smooth sailing for the company. For EV enthusiasts, you would know that Lucid Motors once struggled over new funding. That’s before the Saudi Arabia’s sovereign wealth fund came in as a white knight. Since then, Lucid Motors has been hard at work prepping the tech-forward luxury Air sedan for its debut.

[Read More] Making A List Of The Top Growth Stocks To Buy This Week? 4 Names To Watch

Lucid Motors Aims To Offer The Fastest Charging In The Space

The company claimed that it will offer the fastest charging EV in the space through Lucid Air. According to the company, it could charge as fast as 20 minutes for 300 miles. That’s staggering when you think of it. EVs often take a while to charge, and the industry has been working hard to bring that charge time down. That’s to broaden the appeal for EV adoption. If Lucid can indeed deliver on its claims, could that be a game-changer?

Lucid is also working on one of the first home charging stations to offer bidirectional charging. Now, most chargers only allow electricity to flow in one direction from the power grid to the vehicle. But with Lucid’s chargers, electricity can flow in both directions. According to the company, this means that a Lucid vehicle can be a temporary source of energy to power your homes, including off-grid vacation properties.

[Read More] Looking For The Best Stocks To Buy Ahead Of March? 4 Tech Stocks To Consider

How Is Lucid Different From Other EV Stocks?

Nikola (NASDAQ: NKLA) and Fisker (NYSE: FSR) were among the first few notable names that went public through the SPAC route last year. If we were to compare, none of them comes close to Lucid Motors. No one knows how the top EV stocks would perform in the stock market this year considering a massive run in 2020. But one thing we can be relatively sure of is that the landscape is likely to look very different a decade from now. Even traditional automakers like General Motors (NYSE: GM) and Ford (NYSE: F) are marching to space with their EV offerings.

But as the space gets increasingly crowded. It’s becoming more prominent to have technology that could set them apart from the rest. While the EV space may be filled with a lot of EV SPACs, the chances of them succeeding in the increasingly competitive space are far from certain. “What I see is a bunch of SPACs with no technology,” according to Lucid CEO Peter Rawlinson.

There’s a lot to like when it comes to Lucid Motors. I don’t blame investors for getting all excited with Lucid Motors. I certainly don’t blame them when they invest in CCIV stock. However, it seems that some might have delusional expectations about how high stocks can go in the short run. Of course, who wouldn’t want their stocks shot over the roof? But let’s be realistic here.

As much as I believe there’s more room for growth in the long term, investors also have to be realistic about the valuation of a SPAC. Now, it typically trades around $10 per share. Imagine CCIV has to line up for more financing right now. And if you are an institutional investor, would you be willing to pay a few times the premium of $10 per share for the deal? The problem with CCIV stock plunging may simply be because some investors realize that Churchill Capital can only buy a small stake in Lucid Motors. Churchill Capital’s high market cap isn’t exactly helping as much as some may think.

If you are looking at CCIV stock as a long-term investment, there will probably be a more attractive entry point. This could happen between now and the completion of the deal. It is certainly a top EV stock to watch from now on, but not quite the price that investors are paying right now. Sure, Churchill Capital IV may move higher when the deal is finally complete. But this is no sure thing.

If you have been paying attention to SPACs, you know they can move in either direction upon the completion of a transaction. Quite often, things may not be as pretty as you hoped. Considering all that, would you be keeping CCIV stock on your watchlist? 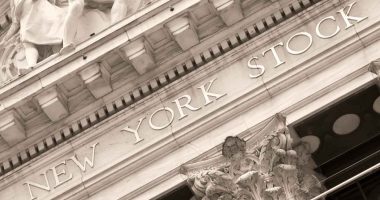 Are these top tech stocks on your watchlist for the second half of 2020? Could these gaming stocks end the year on a high note? 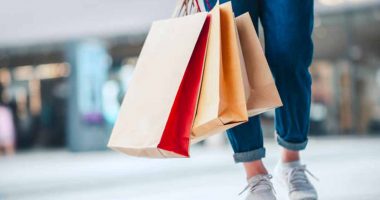 Should investors be eyeing consumer discretionary stocks in hopes of a Santa rally this week?