Tesla may have fallen short of Wall Street’s expectations, but its new models and strong guidance could still be reasons for optimism.
Total
11
Shares
Share 9
Tweet 0
Pin it 2

Following an incredible run for Tesla (NASDAQ: TSLA) stock in 2020, expectations were high going into its fourth-quarter earnings report. Enthusiasts of electric vehicle stocks were expecting another quarter of strong profits. They were also looking for signs that EV sales growth could persist in 2021 and beyond. Furthermore, there are also experts predicting that we are just years away from a complete EV takeover.

Tesla reported fourth-quarter adjusted sales of $10.7 billion and earnings of $0.24 a share after the closing bells on Wednesday. This represented its fifth straight quarter of profits. What’s more, Tesla showed off a major revamp to its electric sedan, the Model S, in its Q4 earnings report. The company also gave some guidance on sales going forward. It said, “Over a multi-year horizon, we expect to achieve 50% average annual growth in vehicle deliveries.” Tesla expects faster delivery growth than that for 2021, with two new factories expected to come online this year. Updated versions of its Model S and X vehicles are now in the early stages of production.

Last year was “a defining year for us on many levels,” Tesla’s chief executive, Elon Musk, said in a conference call with analysts. “Despite a challenging environment, we reached an important milestone in production and delivery of a half a million cars.” After hitting its delivery goal and earning the title of the world’s most valuable automaker, Tesla stock is poised for bigger things in 2021.

EV stocks could become even more attractive to Wall Street under the new President. Recall that Joe Biden has made climate change a priority of his administration. This will no doubt prove to be a fruitful development for Tesla stock as it continues to lead the space. Biden has promised $400 billion in public investment in clean energy, including battery tech and EV. Part of that plan includes 500,000 new EV charging outlets throughout the 2020s.

With the “Green New Deal” as a potential framework, the new administration is bullish on the future of the EV market. As such, investors have been increasingly on the hunt for top EV stocks to buy in the stock market today. The possible EV tax credits and a number of other incentives will turn electric vehicles for the masses into a reality.

Now, it appears that Biden wants the federal government to set an example. As part of the administration’s Buy American campaign, Biden plans to include a new government fleet vehicle in a $400 billion procurement for American-made goods. The potential upside from the new President for Tesla stock has many investors hoping for a strong rally in 2021. Dan Ives, an analyst at Wedbush Securities shares the same sentiment.

[Read More] Are These The Top Biotech Stocks To Watch Ahead Of February 2021?

No doubt, China has always been the key part of Tesla’s plans for global expansion. You see, Tesla is one of the few non-Chinese brands operating in China without a local partner. Besides, Tesla has an ambitious target of making 500,000 cars in the region. This puts the brand in a strong position to compete against the trio of China, Nio (NYSE: NIO), XPeng Motors (NYSE: XPEV), and Li Auto (NASDAQ: LI). Even though China has a lot of choices when it comes to EVs, Tesla is still a favorite brand in the Chinese market. So, as the company continues to expand in Asia, there is indeed a large market to tap on.

The automaker has recently been aggressively expanding its manufacturing capacity, including the latest Shanghai factory and the ongoing construction of factories in Berlin and Austin, Texas. Therefore, the production constraint that has been limiting Tesla’s delivery could become a thing of the past. Musk has suggested that the company could sell more than 800,000 EVs in 2021 as it expands output at its Chinese plant.

The potential entry into the Indian market is also worth the mention. According to a report by McKinsey & Company, India has the potential to become the world’s third-largest EV market. Whether premium luxury EVs like Tesla would have any success in India is another question to answer. While it’s definitely a highly potential market, it is also a challenging one. Investors should set their expectations accordingly.

[Read More] Could These Be The Best Retail Stocks To Buy Ahead Of February? 4 To Consider

Increasing Competition In The EV Space Poses Some Concerns

When EV stock enthusiasts are looking for potential gains in their investments, Tesla or Nio easily tops the list. But we know Nio and other top Chinese EV stocks can’t really pose a threat to Tesla as they are only selling in their home market. What Tesla should be worried about though, is their competition back home and in the European markets.

Competition in the U.S. is heating up with Ford Motor (NYSE: F) starting delivering the Mustang Mach-E, an electric sports vehicle. The crucial thing here is that Ford’s EV will be eligible for federal tax credits. And those no longer apply to Tesla cars. That makes the Ford more affordable than the Model Y. And not to forget we have General Motors (NYSE: GM) which has an impressive lineup of affordable EVs. Besides, GM is planning to invest $27 billion in EV and autonomous vehicles through 2025.

[Read More] How Can These Fast-Charging EV Stocks Potentially Bring Massive Gains To Your Portfolio?

With a new Model S design, surging cash flow, and strong guidance going forward, there are not many reasons not to like Tesla stock. There are still many things for Tesla stock investors to look forward to. 2020 marked Tesla’s second year in a row of generating positive free cash flow. This milestone is important for a company like Tesla, which has been struggling to stay afloat during its early years. Perhaps, you may want to take profit on TSLA stock after such a huge run in the past year.

I don’t know about you, but I suspect many Tesla investors are extremely patient. If we learned any lesson in the past two decades, selling winners over valuation concerns has been a foolhardy strategy. The best winners tend to continue winning for many years. Considering all these, will you bet on TSLA stock to maintain its momentum in 2021? 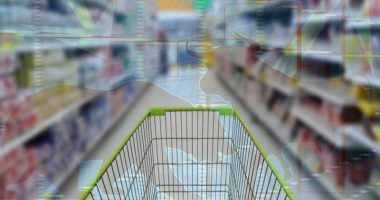 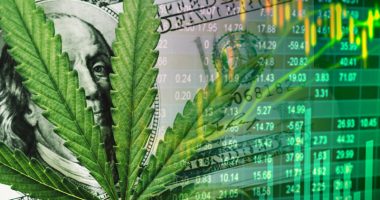 Marijuana Stocks Are Struggling This Year But Can They Turn A New Leaf Soon? 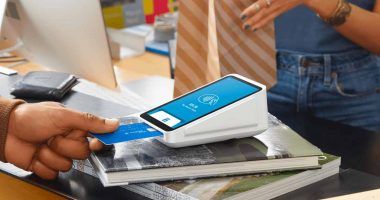 These pandemic darlings are poised to see significant upsides in the long run. 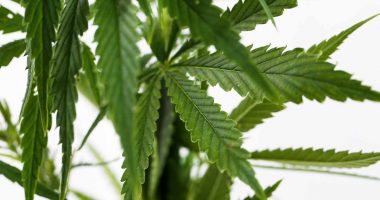 Are these the top weed stocks to invest in right now?