Stock market futures are sliding in early morning trading today. This appears to be the case as investors look ahead to another week of earnings alongside consumer spending data. Not forgetting, there is also the ongoing geopolitical unease between Russia and Ukraine to consider as well. In fact, it seems that analysts have varying perspectives on the current situation. To begin with, Comerica (NYSE: CMA) Wealth Management’s chief investment officer John Lynch, sees this as a negative. He argues that current tensions have already “hovered over already shaky investor sentiment.” Lynch continues, “Investors have been counting on a diplomatic resolution, but recent developments indicate this may be wishful thinking and therefore, not fully priced into the markets.”

On the flip side, some see this as a separate factor entirely. Namely, Ryan Detrick, chief market strategist at LPL Financial (NASDAQ: LPLA) believes investors should not read too much into this. Detrick posits, “You can’t minimize what today’s news could mean on that part of the world and the people impacted, but from an investment point of view we need to remember that major geopolitical events historically haven’t moved stocks much.” Following that, he also says, “The truth is a solid economy can make up for a lot of sins.”

Oil prices continue to rise on Monday toward highs last seen over seven years ago. For the most part, this is thanks to two key factors weighing in on the sector now. Firstly, the possibility of a Russian invasion into Ukraine is a key geopolitical risk for oil supplies now. Thus, some are suggesting that such an event would see U.S. and European sanctions coming into play. Should this occur, it would likely disrupt exports from leading producers, further impacting a tight supply as is. Because of this, it would make sense that oil prices gain as supplies could possibly become more scarce.

Secondly, speaking of oil supplies, the latest commentary from the International Energy Agency (IEA) is also worth considering. Last Friday, the IEA noted that oil markets remain tight. Initially, it did mention that Saudi Arabia and the UAE could help remedy this by pumping more crude. However, with geopolitical tensions on the rise, it remains to be seen whether supplies can make it out of the region moving forward. As a result of all this, Brent crude futures are up to about $95.56 a barrel, gaining by 1.2%. This would be after it hit a peak of $96.16, its highest level since October 2014. Meanwhile, U.S. West Texas Intermediate (WTI) crude rose by 1.4% to $94.38 a barrel following a session-high of $94.94, its highest since September 2014.

Commenting on the current outlook for oil prices is OANDA analyst, Edward Moya. Moya argues that “If … troop movement happens, Brent crude won’t have any trouble rallying above the $100 level.” If anything, the focus will likely remain on oil and oil stocks this week as the situation develops.

The Super Bowl And Stocks

As most would know, the Los Angeles Rams were crowned the winners of the 56th Super Bowl yesterday night. But, you might be wondering, what does the Super Bowl have to do with stocks? Well, simply put, while there may not be much on the fundamentals level, S&P Global Market Intelligence does see some interesting correlations. These include the total combined score and whether the home or away team won the cup for the year. Even so, the firm adds this disclaimer, “This data is not intended to represent a fundamental analysis of market trends or historical data and in no way is intended to be the basis for any investment decisions whatsoever.”

Even so, it would not surprise me to see investors looking for the top super bowl stocks to invest in now. After all, like it or not, the Super Bowl is a massive event for U.S. consumers, businesses, and organizations alike. As such, companies ranging from sports betting firms, to just about any consumer-focused company would be keen to get in on the action. On one hand, sports betting names like Fubo (NYSE: FUBO) and DraftKings (NASDAQ: DKNG) would be go-to’s at the moment. This would be the case as the American Gaming Association estimates that Americans bet a combined total of $7.6 billion on yesterday’s game.

On the other hand, consumer discretionary firms ranging from Coinbase (NASDAQ: COIN) to General Motors (NYSE: GM) are vying for precious ad spots. The likes of which are worth $7 million each for a 30-second slot for exposure to about 117 million viewers. Nonetheless, where there is money to be made, companies and investors alike will likely be present.

In the world of industrials, Lockheed Martin (NYSE: LMT) and Aerojet Rocketdyne (NYSE: AJRD) are in the headlines now. Overall, this follows news of Lockheed Martin terminating its $4.4 billion agreement to purchase Aerojet. Accordingly, the news comes after a lawsuit filed by the U.S. Federal Trade Commission (FTC) to block the acquisition. In detail, the FTC voted last month to block the purchase 4-0. This was on grounds of the deal giving Lockheed “the ability to cut off other defense contractors from critical components.”

All in all, some would argue that the FTC’s current stance on the matter is not unwarranted. For one thing, Aerojet produces 70% of the solid-fuel rocket motors alongside other crucial propulsion products. All of which serve vital applications in anti-ballistic missiles and air-to-air missiles, among other arms. Moreover, even as the acquisition falls through, Aerojet continues to perform. In its latest quarterly earnings release, the company provided a rosy update on its long-term performance. Notably, Aerojet cites its backlog being more than three times annual sales and “a strong macroeconomic environment,” for this. After considering all this, both LMT stock and AJRD stock could be seeing some action today.

Notable Earnings To Consider In The Stock Market Today

Not to mention, there are plenty of companies looking to report their latest quarterly earnings today. In the pre-market, we have Alexander’s (NYSE: ALX), Weber (NYSE: WEBR), TreeHouse Foods (NYSE: THS), and Kelly Services (NASDAQ: KELYA) on tap. Besides, biotech firms such as Applied Genetic Technologies (NASDAQ: AGTC) and Roivant Sciences (NASDAQ: ROIV) are reporting as well. 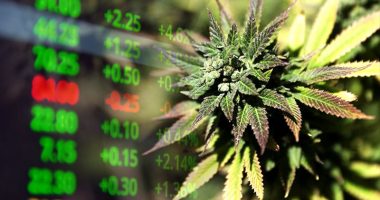 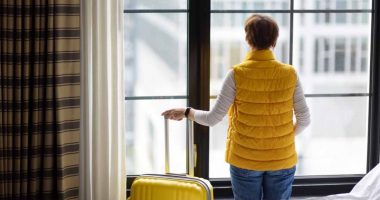 Could these leisure stocks be the break investors need from turbulent markets? 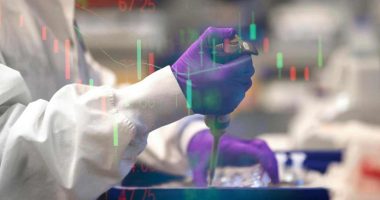 As the health care industry continues to be vital to the economy, these 4 health care stocks are in focus. 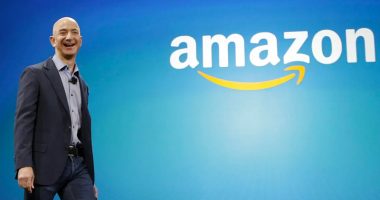 How will these tech stocks perform in February?