On Wednesday, the Dow Jones Industrial Average ticked lower by 35 points. This comes as investors begin to gain insight into this week’s earnings reporting by major components of indexes. For instance, General Motors (NYSE: GM) managed to beat earnings estimates with an adjusted quarterly earnings of $1.35 per share. The company also announced an upbeat 2022 forecast. It expects to generate an operating profit this year between $13 billion to $15 billion. This comes despite supply chain issues that have stagnated vehicle production and sales for the most of last year. GM also says that it will accelerate its efforts to manufacture and market its line of electric vehicles (EV).

Companies like Meta Platforms (NASDAQ: FB) will also be reporting its fourth-quarter financials on Wednesday after the stock market closes. FB stock is currently up by 1.01% ahead of earnings. Today’s market opens by continuing the late-January rally after major indexes opened to one of the worst months since the pandemic started. However, the Nasdaq remains in correction territory heading into the new trading day.

Among the Dow Jones leaders, shares of Apple (NASDAQ: AAPL) are down 0.17% today while Microsoft(NASDAQ: MSFT) is up by 1.35%. 3M (NYSE: MMM) and Nike (NYSE: NKE) ticked lower on Wednesday as well. Among the Dow financial leaders, Visa (NYSE: V) and Goldman Sachs (NYSE: GS) are trading mixed today.

The 10-year Treasury ticked below 1.78% on Wednesday morning after closing at 1.8% on Tuesday. Today, Private payrolls unexpectedly declined in January as the Omicron variant continues to decimate an already weakening labor market at the beginning of the year. U.S. private sector employment fell by 301,000 in January. This would be the first drop in payrolls since December 2020 and came after 776,000 payrolls were added in December 2021, based on ADP’s revised monthly print. This January payroll report would paint a comprehensive picture of the impact of the Omicron variant on the U.S. economy.

Alphabet (NASDAQ: GOOGL) seems to be turning heads in the stock market today after its latest quarterly earnings report. Following yesterday’s closing bell, the company posted solid figures across the board. Overall, Alphabet posted earnings of $30.69 per share on revenue of $75.33 billion for the quarter. To put things into perspective, Wall Street analysts were expecting gains of $27.34 and $72.17 billion respectively. Among the key contributors to its performance this quarter would be Alphabet’s Google advertising arm. The likes of which raked in a total revenue of $61.24 billion, marking a 33% year-over-year increase.

Additionally, the company’s cloud division, Google Cloud is also boasting impressive growth over the same period. In detail, Google Cloud raked in a total revenue of $5.54 billion. This would translate to a solid 45% year-over-year increase. According to CEO Sundar Pichai, Alphabet’s total number of cloud deals worth over $1 billion soared by 65% over the same period. Moreover, Pichai also highlights that Alphabet is looking at a quarterly sales record for its Google Pixel smartphones. This would be despite ongoing supply chain pressures.

In the larger scheme of things, some would argue that Alphabet is currently firing on all cylinders. So much so that investors appear to be buying into the latest news of GOOGL stock splitting. Namely, Alphabet is now planning to carry out a 20-for-1 stock split. This would see its cost per share go from about $3,000 to around the $150 mark. While Alphabet’s core business values may not change much from this, the current move could appeal to a wider range of investors. Evidently, this already appears to be the case with GOOGL stock gaining by 8.52% today.

At the same time, the likes of Advanced Micro Devices (NASDAQ: AMD) are also in the limelight now. Similar to Alphabet, the global leader in semiconductor manufacturing posted better-than-expected figures in its latest earnings call. In it, AMD raked in an earnings per share of $0.92, exceeding forecasts of $0.76. Furthermore, it saw a total revenue of $4.83 billion for the quarter. Not only did it beat analyst estimates of $4.53 billion, but it also represents a 49% year-over-year jump. In turn, this would put AMD’s total annual revenue for 2021 at a record $16.4 billion, a 68% jump from the same quarter last year.

If all that wasn’t impressive enough, AMD is also aiming high for the current fiscal year. For 2022, the company is eyeing total sales of about $21.5 billion, a solid 31% rise year-over-year. This would top consensus estimates of $19.26 billion by a fair amount. In particular, AMD is expecting a quarterly revenue of about $5 billion in its current quarter, suggesting a leap of 45% from the same quarter last year. Accordingly, AMD expects this to be “driven by growth across all businesses.” As a result, AMD stock is now trading higher by 7.24% as of today’s opening bell.

Online payments company PayPal (NASDAQ: PYPL) is down by over 20% on today’s opening bell after reporting mixed earnings and weak earnings guidance. Diving in, it missed consensus forecasts by a penny with an adjusted quarterly earnings of $1.11 per share. However, the payment service’s revenue beat estimates. Furthermore, the company also missed prior targets for net new active accounts.

The company blames inflation for its weak guidance. CEO Dan Schulman says that there were challenges that include inflation bringing down consumer spending and supply chain issues disproportionately impacting cross-border payments. PayPal’s weaker quarter could be due to eBay’s (NASDAQ: EBAY) ongoing transition to other methods of payments. 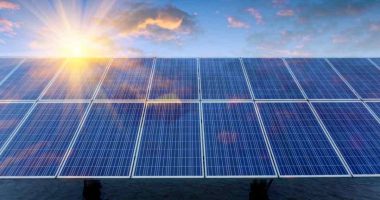 Check out these shining solar names in the stock market today. 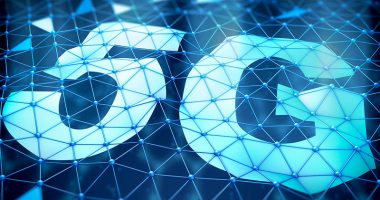 These 5G stocks have been trending in the market as of late. Will you add them to your radar? 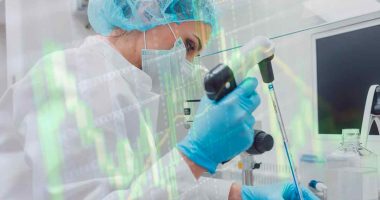 With the importance of health still in focus, any biotechnological advancement would be a highlight. 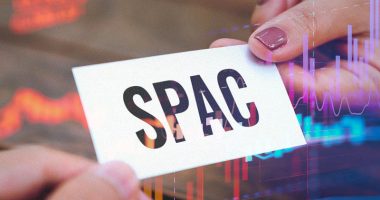 Do you have these SPAC stocks on your radar this week?