On Wednesday, the Dow Jones Industrial Average is up by 200 points after dropping for five sessions in a row. This also comes as investors await for a more aggressive Federal Reserve interest rate hike than the market was expecting just days earlier. The central bank will come up with a conclusion after its two-day meeting on monetary policy today. Analysts are pointing to a more than 95% chance of a 75-basis-point rate hike. This would be one of the biggest increases since 1994.

Shares of Baidu (NASDAQ: BIDU) are up today after a report from Reuters mentions that it is in talks to sell its controlling stake in the video streaming company iQIYI (NASDAQ: IQ). Moderna (NASDAQ: MRNA) is up today after it won a recommendation from the FDA panel for the use of its coronavirus vaccine in children aged 6 years to 17 years. A vote by the full FDA could be coming soon. Snowflake (NYSE: SNOW) is up today by over 4% after receiving an upgrade to a Buy rating from Canaccord Genuity.

Shares of EV leader Tesla (NASDAQ: TSLA) are down by 2.62% on Wednesday. Rival EV companies like Rivian (NASDAQ: RIVN) are also up by 5.42%. Lucid Group (NASDAQ: LCID) is up by 2.17% today. Chinese EV leaders like Nio (NYSE: NIO) and Xpeng Motors (NYSE: XPEV) are trading mixed today.

The benchmark 10-year U.S. Treasury yield is trading around 3.38% today. This comes after the latest retail sales data was released by the Commerce Department on Wednesday. Diving in, retail sales fell 0.3% last month, down sharply from April’s downwardly revised 0.7% increase. This could indicate that consumers have pulled back on spending in May as price shock from rising inflation has kicked in. This was led by a slowdown in automotive retail as vehicles and loans have gotten more expensive.

Total mortgage application volume has also fallen dramatically to half of what it was last year. This is according to the latest Mortgage Bankers Association’s seasonally adjusted index. Sharp rising interest rates are reducing the volume as those rates, along with rising home prices and a shortage of houses for sale are all affecting purchasing decisions. Accordingly, the average 30-year fixed-rate mortgage has now increased to 6.28% on Tuesday.

Making headlines in the stock market today would be social media firm Digital World Acquisition (NASDAQ: DWAC). For the most part, this would be thanks to DWAC stock’s volatile movement this week. As it stands, the company’s shares are now up by over 9% at the opening bell today. However, this would follow its losses of 27% from the previous day. More importantly, investors are likely what is causing all this unpredictability in the Trump-backed firm. Mainly, it boils down to two key factors impacting the company’s upcoming Truth Social platform.

For starters, the SEC is reportedly expanding its ongoing probe of DWAC now. According to an 8-K filing from DWAC, the SEC issued a new subpoena looking into the combination of Trump Media & Technology Group and DWAC. With the deal coming under investigation, investor concerns would not be unwarranted.

Also, it is important to note that DWAC stock is essentially representative of the platform. Accordingly, mentions of Trump or other social media firms gaining ground on TS would impact the company’s shares. On this front, news of Tesla (NASDAQ: TSLA) CEO Elon Musk speaking to Twitter (NYSE: TWTR) employees would be among the major factors to consider. In essence, Musk is intent on allowing Trump to rejoin Twitter following his ban last year. Overall, this would put DWAC stock in the stock market headlines today.

Another company to consider in the stock market now would be Nio (NYSE: NIO). On the whole, this could be the case as the company recently hosted its latest launch event. Through which it revealed a series of updates to its existing electric vehicle (EV) lineup alongside its fifth production model, the ES7 SUV. Even as pandemic restrictions weigh in on the company, it remains hard at work innovating. Because of all this, investors looking to go long on Chinese EV firms could be considering NIO stock.

In detail, the ES7, according to Nio, is a medium-large five-set SUV. As it stands, the SUV comes in five versions boasting varying full-charge ranges. This would include ranges of between 440km and 620km with the option for additional battery packs boasting a capacity of up to 100kWh. In terms of pricing, the ES7 that comes with a 100kWh battery currently costs $78,250 before subsidies. Moreover, the ES7 will also feature a swappable battery which integrates well with Nio’s Battery-as-a-Service offering. After considering that Nio’s battery swapping stations offer significantly faster “charge times” over conventional chargers, this could appeal to consumers.

On top of that, the company also introduced the latest versions of its other main EV models. This would be the 2022 versions of its ES6, EC6, and ES8 smart EVs. Across the board its seems like Nio is kicking into high gear on the operational end. As such, I could see NIO stock gaining attention today. 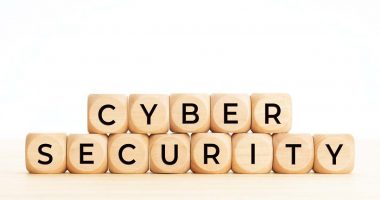 As cyberattacks become more prevalent, do you have these cybersecurity stocks on your watchlist? Investors have a few EV stocks to choose from, but are these electric vehicle companies on your watchlist? 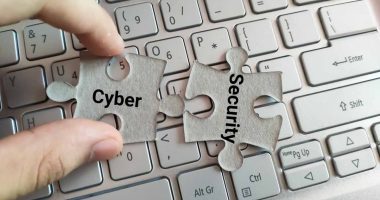 Fears of cyberattacks are putting these cybersecurity stocks in focus. 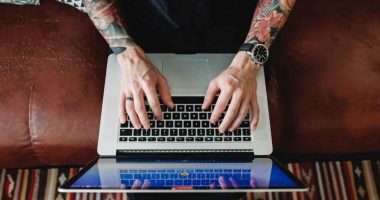 Could these tech stocks maintain their momentum to end the year?