On Thursday, the Dow Jones Industrial Average is down by 140 points. This follows Meta Platforms’ (NASDAQ: FB) disappointing earnings yesterday, missing bottom-line estimates for only the third time in the company’s nearly ten-year history. The tech giant’s missed earnings could also be a cautionary tale to other tech companies, as user engagement declines and inflation also impacting advertising spending. Social media stocks like Snap (NYSE: SNAP) Twitter (NYSE: TWTR) and Pinterest (NYSE: PINS) are also down by 18.8%, 7.97% and 9.92% respectively on Meta’s lackluster earnings.

In the health care segment, Merck (NYSE: MRK) reported a solid quarter on Wednesday, with an adjusted earnings per share of $1.80 for the fourth quarter, beating the consensus estimate of $1.53. The company also expects its 2022 sales to increase by a topline of 18% year-over-year, mostly based on its new coronavirus antiviral drug, molnupiravir. Given how the Omicron variant continues to contribute to record daily cases to countries all over the world, Merck could very well meet this target.

Among the Dow Jones leaders, shares of Apple (NASDAQ: AAPL) are down 0.93% today while Microsoft(NASDAQ: MSFT) is also down by 1.73%. 3M (NYSE: MMM) and Nike (NYSE: NKE) ticked lower on Thursday as well. Among the Dow financial leaders, Visa (NYSE: V) and Goldman Sachs (NYSE: GS) are trading mixed today.

The 10-year Treasury opened to above 1.8% on Thursday morning. Jobless claims trended lower in this week’s latest jobless claims report by the Labor Department. Diving in, initial jobless claims for the week that ended on January 29 was 238,000 vs the 245,000 expected. Compared to a year ago, when jobless claims were well over 800,000, many now expects it to continue dropping.

This comes one day after ADP reported that U.S. companies unexpectedly cut 301,000 jobs in January due to the surge in cases from the Omicron variant. While you would think that the ADP report could signal a similar trend for jobless claims, the two counts can differ substantially. Federal Reserve officials, however, continue to watch the job numbers closely.

In the news today is Meta Platforms. While most of the tech goliaths in the FAANG stock group posted notable quarterly gains, Meta appears to be facing some headwinds. In detail, the company posted an earnings per share of $3.67, missing expectations of $3.84. For the quarter, Meta raked in a total revenue of $33.67 billion, topping estimates of $33.4 billion. Additionally, it fell short of forecasts in terms of daily active users (DAUs). This is evident as its DAUs for the quarter are at 1.93 billion versus consensus expectations of 1.95 billion. Following this, FB stock is currently trading lower by 25.05%

To add some perspective, the current crash in FB stock would see almost $200 billion of its market cap being slashed. At the current rate, it could be the worst collapse in market value for any U.S. company to date. Despite all this, there is one positive point worth noting. That is, the company beat forecasts for average revenue per user (ARPU). According to Meta, its ARPU for the quarter is at $11.57, above estimates of $11.38. So, while the company’s user growth may be normalizing, it remains hard at work monetizing existing content.

Following this less-than-ideal performance, Meta is reeling in expectations further for the current quarter. The company sees first-quarter revenue coming in between $27 billion to $29 billion while Wall Street expects sales of over $30.15 billion. Even as Meta Platforms faces headwinds, investors will likely be watching FB stock closely.

Meanwhile, Spotify (NYSE: SPOT) appears to be coming under fire as well. After Spotify’s fourth-quarter results yesterday, SPOT stock is currently down by over 16.29% today. Accordingly, this is after the music streaming giant missed on earnings for the quarter. To elaborate, Spotify posted an earnings per share of $0.24 on revenue of $3.04 billion for the quarter. For comparison, this is versus expectations of $0.49 and $2.99 billion respectively.

Nevertheless, Spotify continues to power on. The company’s current active user count continues to grow in line with its projections. According to Spotify, its monthly active user (MAU) count is now at 406 million. This would fall within its prior guidance range of 400 million to 407 million. Furthermore, Spotify’s paying subscriber base is now up by 16% year-over-year, adding up to a total of 180 million. The company cites solid promotional campaign performance for this. Looking forward, Spotify expects to grow its MAUs to 418 million, ginegerly topping analyst forecasts of 417.8 million.

All in all, some would argue that this could be part of the broader sell-off in related consumer tech stocks. The likes of which, arguably, are stemming from Meta’s recent earnings letdown. More importantly, the real question now is whether investors should be buying into SPOT stock amidst its current weakness.

Should investors buy these top tech stocks now that Tesla has invested $1.5 billion in Bitcoin? 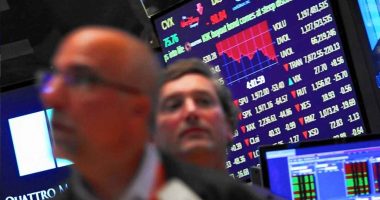 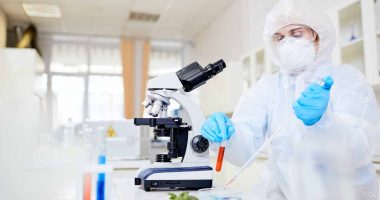 Are these the hidden gems in the health care industry today? 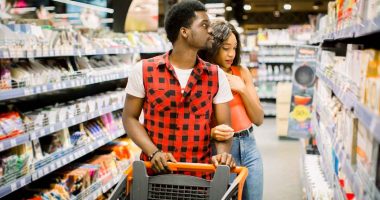