On Monday, the Dow Jones Industrial Average is down by 70 points. Energy companies like Occidental Petroleum (NYSE: OXY) and Devon Energy (NYSE: DVN) are up by over 2% today. This comes after G7 leaders met at the Bavarian Alps. They are seeking a deal to impose a price cap on Russian oil as the group works to curb Russia’s ability to finance its war against Ukraine. The group of wealthiest countries hope that a cap will limit the benefits of the soaring price of crude oil.

Shares of Chewy (NYSE: CHWY) are in focus after being upgraded to a ‘Buy’ rating from ‘Hold’ by investment bank Needham. It says that the price increase for the pet product retailer is sticking and that supply chain issues are improving. Also, Walgreens (NYSE: WBA) is in focus today after India-based conglomerate Reliance Industries is in talks with global lenders to finance the purchase of Walgreens’ Boots drugstore chain. Reliance is looking to raise $8 billion to fund the deal. BioNTech (NASDAQ: BNTX) is up after announcing that its Omicron booster shot generates an improved immune response.

Shares of EV leader Tesla (NASDAQ: TSLA) are down by 0.15% on Monday. Rival EV companies like Rivian (NASDAQ: RIVN) are also down by 3.53%. Lucid Group (NASDAQ: LCID) is down by 5.67% today. Chinese EV leaders like Nio (NYSE: NIO) and Xpeng Motors (NYSE: XPEV) are trading lower today.

The benchmark 10-year U.S. Treasury yield steadied at 3.1% today. On Sunday, the Russian government had about $100 million in debt payments, the conclusion of a grace period that began on May 27. This would mark Russia’s first default since 1918, the year after the Russian Revolution. Today, NATO Secretary-General Jens Stoltenberg says that the military alliance will be increasing the number of its high-readiness forces to well over 300,000. He describes this as part of the biggest overhaul of collective defense and deterrence since the Cold War.

Among the headliners in today’s stock market news cycle would be Spirit Airlines (NYSE: SAVE). Namely, this would be thanks to what seems to be the end of the bidding saga for the ultra-low-cost carrier. Over the weekend, its independent proxy advisory firm, the Institutional Shareholder Services (ISS) released a new statement to Spirit stockholders. In the statement, the ISS recommends that shareholders voted for the proposed merger with Frontier Group (NASDAQ: ULCC). The likes of which just improved its existing takeover bid by $2 per share. Accordingly, this would follow a similar bump from JetBlue (NASDAQ: JBLU) on its attempt to acquire Spirit.

On the whole, it seems that Spirit is moving forward with Frontier’s $2.7 billion offer. This would involve declining JetBlue’s all-cash offer of about $3.7 billion. At face value, the billion dollar difference would be concerning for investors. This could help to explain why SAVE stock is currently experiencing losses of over 5% in the stock market today. However, some would argue that this could be Spirit taking the safer route over concerns regarding regulatory hurdles with a potential JetBlue deal.

Speaking on the company’s current plans is CEO Ted Christie. He says, “We look forward to our stockholder vote on June 30 and continuing our ongoing discussions with regulators as we advance toward completing the transaction and delivering on the value of this combination for our stockholders, Team Members and Guests.” Safe to say, all this would put SAVE stock and ULCC stock in the spotlight this week.

In other news, shares of Axsome Therapeutics (NASDAQ: AXSM) are surging at the opening bell today. Evidently, AXSM stock is now gaining by over 40% now. For the most part, the current movement in the company’s shares is thanks to an update from the FDA. Getting straight into it, the FDA is granting a proposed labeling for Axsome’s AXS-05 drug candidate. For some context, this would be the company’s treatment for major depressive disorder (MDD) and Alzheimer’s disease agitation. Both of which, it currently has FDA Breakthrough Therapy designations for the treatment of.

For now, Axsome states that it is, “reviewing the proposed labeling and will reply to the FDA to secure final labeling agreement.” Through its current New Drug Application, the company is looking to secure FDA approval for AXS-05 as a treatment for MDD. For one thing, Axsome’s clinical findings from trials of the drug candidate could be worth considering. This would be regarding its findings from earlier this month. Notably, data from its GEMINI Phase 3 trials indicate that AXS-05 is a notable treatment for anhedonic symptoms of MDD. In the company’s words, “AXS-05 rapidly and significantly improved anhedonic symptoms, measured by the MADRS anhedonia subscale, starting 1 week after treatment.”

Furthermore, according to Axsome CEO Dr. Herriot Tabuteau, “These data support the efficacy of AXS-05 in patients with depression with a broad range of symptomatology, and further define its differentiated clinical profile.” As such, it would make sense that this FDA update is putting AXSM stock on the radar now. 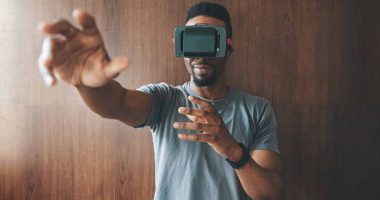 Could virtual reality stocks be the way to cash in on the metaverse trend? 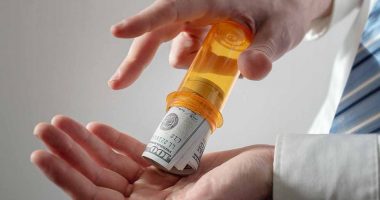 These health care stocks could be worth a look as the stock market moves sideways. 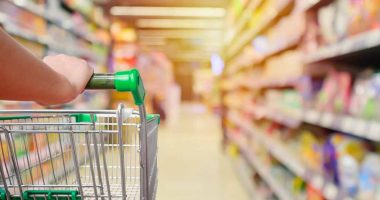 Should you add these consumer staples stocks to your portfolio today? 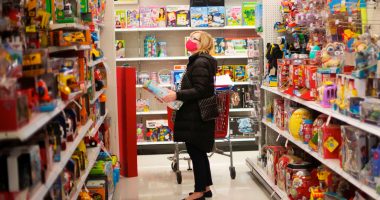 As consumer confidence in the economy increases, how will these retail stocks perform?