On Thursday, the Dow Jones Industrial Average is up by 130 points after investors begin to dissect major bank earnings.  Major banks like Morgan Stanley (NYSE: MS) and Goldman Sachs (NYSE: GS) reported better than expected earnings today. Goldman Sachs for instance reported a net revenue of $12.93 billion and net earnings of $3.94 billion. The company notes that a rapidly evolving market environment had a significant impact on its client activity during the quarter. Morgan Stanley, on the other hand, posted an earnings per share of $2.202 for the quarter, beating the consensus estimate of $1.68.

Wells Fargo (NYSE: WFC) however, was down by over 8% today after reporting revenue that was slightly below analyst projections. The company, however, reported an adjusted quarterly earnings of $0.88, beating estimates. Elsewhere, UnitedHealth Group (NYSE: UNH) also reported strong earnings today, with an adjusted quarterly profit of $5.49 per share, $0.11 above estimates along with revenue that also beat Wall Street estimates.

Shares of EV leader Tesla (NASDAQ: TSLA) are down by 2.66% on Thursday. Rival EV companies like Rivian (NASDAQ: RIVN) are up by 1.32%. Lucid Group (NASDAQ: LCID) however is down by 1.72% today. Chinese EV leaders like Nio (NYSE: NIO) and Xpeng Motors (NYSE: XPEV) opened in red today.

The 10-year Treasury yield steadies around 2.70% on Thursday morning. Oil prices also continue to fall as the market weighs mixed supply signals. Brent was down by 0.8% today at $107 a barrel while U.S. West Texas Intermediate was at about $103 a barrel. The International Energy Agency on Wednesday warned that from May onwards roughly 3 million barrels per day of Russian oil could be shut-in due to sanctions or buyers voluntarily shunning Russian cargoes.

Russia also threatened new nuclear deployments if Sweden and Finland join NATO. The comments come after Finland and Sweden said their decision on whether to apply for NATO membership would come within a matter of weeks. Finland shares an 830-mile border with Russia, so Moscow sees this as a threat to its national security.

Making headlines yet again is the ongoing tale between Twitter (NYSE: TWTR) and Tesla (NASDAQ: TSLA) founder Elon Musk. Since the announcement of Musk’s notable stake in the company last week, TWTR stock has been see-sawing. The company’s shares continue to remain volatile following the latest development in the saga. Namely, as of earlier today, Musk is offering to take the company private. He is doing so via a cash offering of $54.20 per share. This would value Twitter at about $43 billion. As a result of this flashy offer, TWTR stock is now gaining by over 5% at today’s opening bell.

Speaking on this move is none other than Elon Musk himself. He starts by noting that the company has “extraordinary potential.” and that he plans to “unlock it.” This comes from an amended 13-D SEC filing. Musk also explains, “I invested in Twitter as I believe in its potential to be the platform for free speech around the globe, and I believe free speech is a societal imperative for a functioning democracy.” Following that, he says, “However, since making my investment I now realize the company will neither thrive nor serve this societal imperative in its current form. Twitter needs to be transformed as a private company.”

Not to mention, the offer of $54.20 per share does include the number 420 which Musk has a history with. This would be a reference to his infamous post stating that he would take Tesla private at $420 per share. As investors attempt to make sense of this wild series of events, TWTR stock is surely in the limelight today.

Following that, the Taiwan Semiconductor Manufacturing Company (NYSE: TSM) is also in the news today. By and large, this is likely courtesy of the company posting its latest quarterly financial update today. In it, TSM posted an earnings per share of $1.40, topping consensus analyst forecasts of $1.31. Additionally, the company also raked in a record total revenue of $17.57 billion for the quarter. This adds up to a solid year-over-year increase of 36%. Not to mention, TSM also tops Wall Street’s revenue estimates of $16.26 billion. According to the semiconductor manufacturing titan, this is mainly thanks to persisting demand for its core offerings.

In the larger scheme of things, this is not all that surprising after considering TSM’s leading role in the industry. As the current state of the world continues to prolong the global chip shortages, TSM remains as busy as ever. In fact, it is also driving the prices for the company’s chips higher as well. From computers and smartphones to automobiles and cutting-edge tech, semiconductor chips are present. Not only that, but they also serve crucial roles in said tech.

Moreover, TSM is expecting its sales for the current quarter to surge by 37% year-over-year. The firm cites chip supplies likely remaining tight in 2022 as well as a core reason for this. Whether it is catering to a market with immense demand or making up for the shortfall in supplies, TSM stands to benefit. With all this in mind, I could see TSM stock appealing to long-term investors now. 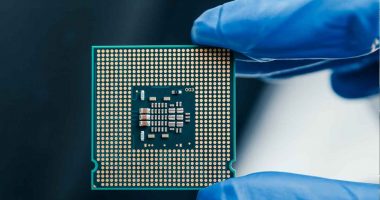 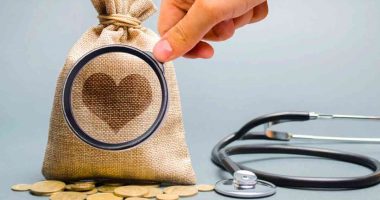 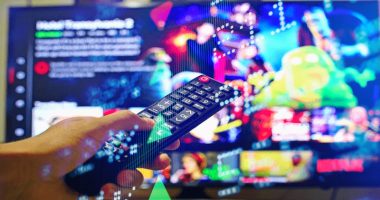 Are Streaming Stocks Poised For Huge Growth This Quarter? The coronavirus pandemic… 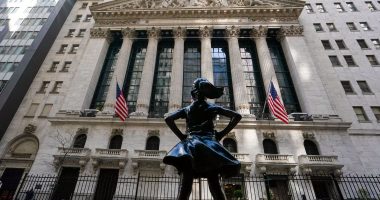 Stocks continue to retreat as Russia continues its siege on Kyiv.