On Tuesday, the Dow Jones Industrial Average is down by over 230 points as investors continue the April sell-off. This comes as concerns about the global economic growth took center stage. With Covid resurging in China and strict lockdowns in major cities like Shanghai, investors are certainly feeling the jitters right now. Despite China’s zero-Covid policy, cases in the country are now at an all-time high, with over 30,000 new cases on Monday.

Shares of PepsiCo (NASDAQ: PEP) are up by 0.53% on today’s opening bell after reporting strong earnings that topped Wall Street’s estimates. Also, the company raised its full-year forecast for organic revenue growth. 3M (NYSE: MMM) also reported strong earnings that topped estimates today. Notably, it reported a revenue of $8.83 billion and GAAP earnings per share of $2.26 for the quarter. On the other hand, General Electric (NYSE: GE) is down by over 8% today despite topping estimates in its first-quarter financials.

Among the Dow Jones leaders, shares of Apple (NASDAQ: AAPL) are down by 1.59% today while Microsoft (NASDAQ: MSFT) is also down by 2.04%. Meanwhile, Disney (NYSE: DIS) and Nike (NYSE: NKE) are trading lower on Tuesday. Among the Dow financial leaders, Visa (NYSE: V) is down by 2.33% while JPMorgan Chase (NYSE: JPM)is also down by 0.66%.

Shares of EV leader Tesla (NASDAQ: TSLA) are down by 6.14% on Tuesday. Rival EV companies like Rivian (NASDAQ: RIVN) are down by 5.63%. Lucid Group (NASDAQ: LCID) is down by 4.91% today. Chinese EV leaders like Nio (NYSE: NIO) and Xpeng Motors (NYSE: XPEV) are trading lower today.

The benchmark 10-year U.S. Treasury yield is down to 2.77% as investors focus on the Covid outbreak in China, with concerns of a global economic slowdown. Beijing announced late Monday that it will be expanding mass testing in an effort to contain the virus. The potential drag on economic growth from red hot inflation and rising interest rates will also remain a concern for investors in the months ahead.

According to the S&P CoreLogic Case-Shiller national home price index, home prices have increased by 19.8% in February year-over-year. Craig Lazzara, managing director at S&P DJI had this to say, “The post-Covid resumption of general economic activity has stoked inflation, and the Federal Reserve has begun to increase interest rates in response. We may soon begin to see the impact of increasing mortgage rates on home prices.”

United Parcel Services (NYSE: UPS) seems to be gaining attention in the stock market now. This follows the company’s latest earnings release from earlier today. In it, UPS is looking at earnings of $3.05 per share on revenue of $24.4 billion for the quarter. For reference, this handily tops Wall Street estimates of $2.88 and $23.78 billion respectively. By and large, UPS is likely seeing the results of its price raises amidst a strong e-commerce market. Additionally, the company has been and still is focusing on more profitable end markets as well. Among which are the health care and small-and-medium-sized businesses (SMBs) segments. As a result of all this, UPS stock could be worth watching in the stock market today.

Providing some additional commentary on UPS’s latest performance is CEO Carol Tome. She writes, “The agility of our network and the continued execution of our strategy delivered another quarter of strong financial performance, putting us on our way to achieving our 2022 consolidated financial targets.” This would be Tome referring to UPS’s reaffirmation of its $102 billion annual revenue forecast for the current fiscal year. As its quarterly revenue continues to soar towards greater heights, this is not all that surprising. Not to mention, UPS is also planning to double its stock buyback plan this year to $2 billion. Overall, it appears that UPS is going from strength to strength despite macroeconomic headwinds. Because of all this, UPS stock is now up by over 1.5% today.

Elon Musk To Buy Twitter For $44 Billion; The End Of The Saga?

In other news, the weeks-long epic between Tesla CEO Elon Musk and Twitter (NYSE: TWTR) has come to an end for now. As of yesterday, Twitter is taking up Musk’s offer to buy out the company for a whopping $44 billion. Accordingly, this would see further attention come to TWTR stock now. Across the board, users and investors alike will likely be watching closely as to what happens with the firm next. In particular, the future direction of one of the most influential social media platforms to date.

For one thing, Musk has plenty to say about his latest purchase. The Tesla CEO states, “Free speech is the bedrock of a functioning democracy, and Twitter is the digital town square where matters vital to the future of humanity are debated. I also want to make Twitter better than ever by enhancing the product with new features, making the algorithms open source to increase trust, defeating the spambots, and authenticating all humans.” He also adds that the company has “tremendous potential,” that he hopes to tap into.

At the same time, former CEO Jack Dorsey also hails the sale as a positive move by Twitter. He argues that Musk and current CEO Parag Agrawal are bringing Twitter “out of an impossible situation.” Time will tell if the duo can make the most of Twitter in its current state. 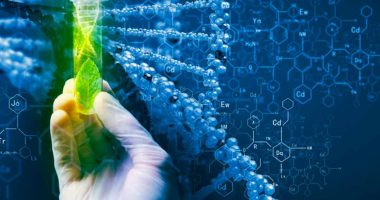 Could these biotech players inject new life into your portfolio? 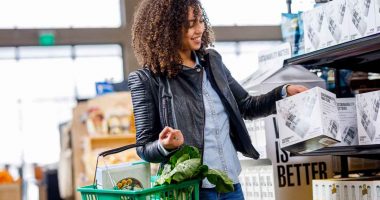 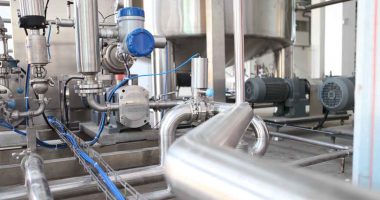 Check out these industrial names as the infrastructure bill gets signed by President Biden.

As our lives continue to evolve with technology, could tech stocks still be a good investment?