These Chinese EV Stocks Continue To Soar; Is It Too Late To Buy Now?

These electric vehicle stocks have been skyrocketing, and Tesla is not one of them.
Total
2
Shares
Share 1
Tweet 0
Pin it 1

Electric vehicle stocks have made unprecedented gains this year. There are good reasons for these gains after all as the world shifts towards clean energy. Investors today are looking for top electric vehicle stocks to buy in expectation of future profitability as the world’s automakers transition towards renewable energy. While Tesla (TSLA Stock Report) has been the obvious choice when it comes to investing in EV stocks, investors might want to look elsewhere for better growth amid the sky-high valuation of TSLA stock.

The stock market has been experiencing some forms of pull-back this week amid concerns of coronavirus cases and the potential outcomes of the election. But the Chinese electric vehicle stocks continue to march to new heights in the absence of any major news, leaving investors puzzled. If you have been following the development of the electric vehicle industry in China, you would know that EV sales have been surging. You could say that the Chinese policy to promote EVs is the reason for high growth. As the country appears to have a top-down approach, powerful nudges from the government would be huge for Chinese EV companies. That’s assuming you believe in China’s growth story.

EVs are undoubtedly a hot topic today and for the decades to come. This came after Tesla became the most valuable automaker in the world. And with this new milestone, investors have been looking for the next Tesla. As a result, fresh money has been rushing into the likes of Workhorse (WKHS Stock Report) and Fisker (SPAQ Stock Report), just to name a few. Here’s the question though. Would the same tailwinds that started the EV revolution in the 2010s be sustainable? Would it accelerate further?

Some investors have been questioning whether there are other opportunities in the electric vehicle space. This growth runway is far from over. And chasing high price tags like Tesla need not be the game. If the 2010s were the decade when the EV revolution got started, could the 2020s be the decade in which EVs go mainstream? Many experts believe that there is tremendous growth in the EV industry. With all that in mind, here are the top names looking to be China’s Tesla.

Shares of Nio Inc. (NIO Stock Report) jumped again for the second time this week. The company’s shares closed nearly 17% higher on Thursday’s trading. This came after the company said it had hit a key production milestone. This is the first time the company has manufactured more than 5,000 vehicles in one month. An upgrade to its production line during the third quarter made it feasible.

The milestone came a day after Morgan Stanley raised its earnings forecasts and price target for Nio. The hikes were driven predominantly by better-than-expected Q3 deliveries and a more visible growth outlook. The real question here is, is Nio a strong EV leader in the making? The deliveries numbers in September was its best-ever monthly total, where the carmaker delivered 4,708 vehicles. With the higher production capacity, it sets the scene for faster deliveries. It seems like we will be looking at another delivery record as the company is expected to report October deliveries in the coming days.

All eyes will turn to NIO again when the company reports its third-quarter results, likely in mid-November. Given the strong sales, many are hoping that profitability will improve as well. Additionally, investors will be keen to know the company’s future plans. These include details of its upcoming sedan model likely to be introduced early next year. Considering the run-up in the stock price this year, would you bet on Nio to continue its momentum?

Along with Nio, shares of Xpeng (XPEV Stock Report) closed nearly 10% higher on Thursday. Although XPEV is a relatively new company, which went public in August this year, its robust exports and price advantage gives it an upper hand in the current market. The company recently unveils cutting-edge autonomous driving and in-car smart features. That could be one of the reasons why investors have been so bullish with Xpeng’s development.

“2020 to 2022 is a period of gaining significant momentum for the Smart EV sector which will rapidly accelerate from 2023 to 2025 and create massive disruption to traditional ICE vehicles,” said He Xiaopeng, Chairman & CEO of XPeng.

Xpeng saw a 266% increase year-on-year in deliveries for the third quarter ended September 30 with 8,578 units. The company reported deliveries of 3,478 vehicles for the month of September, a leap of 145% from the same period last year. As a result, XPEV stock jumped by 10.17%. The increase was also partly due to the positive commentary from a Hong Kong-based analyst at Credit Suisse. And that’s not all. The company also saw the completion of its first batches of the P7 sedan earlier than expected. While some may think that Xpeng is playing second fiddle to Nio, it’s important to note that the Chinese EV market is the largest globally. Let’s not forget that both companies’ models do not compete directly with each other. With the market there for the taking, XPEV stock is certainly worth a closer look.

Despite the stiff competition within the electric vehicle industry, Li Auto (LI Stock Report) is poised to benefit in a niche area in the sector. The company specializes in extended-range electric vehicles (EREV), which can be powered by either electricity or gasoline.

Along with Nio and Xpeng, Li Auto also has been reporting strong deliveries in its home market. On the technology front, the company is teaming up with Nvidia (NVDA Stock Report) to provide its next-generation SUV with a chipset and software platform that can be used for self-driving functions.

Despite having a roller coaster ride with its share prices, the fundamentals remain strong. With a strong focus on “premium” electric vehicles, the company is hitting the sweet spot in the world’s largest electric vehicle market. Analysts who looked closely at Li Auto appear to like it. Goldman Sachs and Bernstein initiated coverage of the company with bullish ratings in recent weeks. Investors are also starting to pay close attention to this new EV player in the stock market. With that in mind, would you consider adding LI stocks to your watchlist 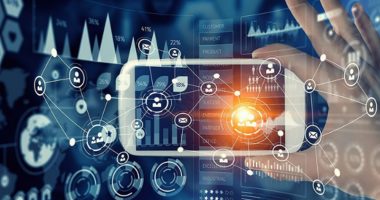 Investors might want to consider these fintech stocks for long-term returns and short-term income. 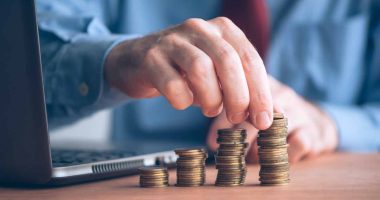 Should investors be considering these top dividend-paying stocks now? 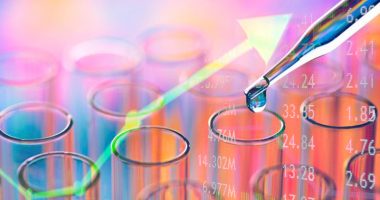 Should You Buy Or Sell These Biotech Stocks By July 2020? Biotech… 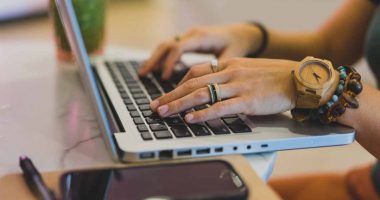 Is now the time to invest in these top tech stocks?