U.S. stock futures rose after reports that President Trump continued to improve over the weekend in his battle against the novel coronavirus. The President made an appearance in a motorcade outside Walter Reed National Military Medical Center. That appeared to have boosted confidence among stock market participants, rightly or otherwise. While the President’s positive Covid-19 test will dominate the headlines for some time, “for now the market appears to be cheered by Trump’s overall treatment and recovery,” Charlie Lay, Commerzbank AG strategists

Shares in the Asia Pacific saw strong gains this morning in Japan, Hong Kong, and Australia. The major U.S. indexes are all in the positive territory. The Dow, S&P 500 and Nasdaq 100 futures were moving 0.72%, 0.67% and 0.85% higher respectively as of 7.53 a.m. ET. All the major indexes went up because the President’s health seems to be improving. The moves are consistent with the performance of Asian and European equities. They moved higher this morning celebrating the President’s outlook. Also, the bipartisan stimulus could still proceed after Trump tweeted from the hospital stating that a “deal needs to get done”. This must-have also sent some positive signals to the market.

A flurry of announcements offering conflicting perspectives about President Trump’s recovery could be the reasons for stock market jitters. The diagnosis added more uncertainty to the election, an event that was already weighing on the market. Traders may be scrutinizing the market response as they attempt to evaluate the possible outcomes. As a result, developments around the president’s condition will undoubtedly stay on the headlines this week for the public and for investors.

“This injects further uncertainty into the outcome of the election,” said Roberto Perli, head of global policy research at Cornerstone Macro in Washington. “My read is that markets have demonstrated an aversion of late especially to uncertainty, not so much to one or the other candidate winning.

These few days will be crucial in the market. Should uncertainty persist, many experts believe that the technology and momentum stocks may be particularly vulnerable to a pull-back. Recall that these stocks have powered this year’s rally. We are just weeks to go until the presidential election on November 3. And Trump’s campaign may be facing challenges after he contracted the virus. In opinion polls, he is trailing Democratic rival Joe Biden. How will this play out in the end?

On Friday, U.S. House Speaker Nancy Pelosi said that stimulus negotiations were continuing. She asked airlines to stop furloughs and firings. That could suggest that the House may consider passing a standalone bill just to aid the airlines. For now, it is not clear if the stance of the Congress on passing a new round of stimulus will change. That’s after Trump’s diagnosis and the less satisfactory September jobs report. After all, the partisan wrangling has been ongoing for some time and many observers are not exactly holding their breath.

The fact that labor market recovery has been slow is a strong indication that the economy is losing momentum. The recovery appears to be tepid as we are going into the fourth quarter. Could the effects of the earlier fiscal stimulus be running out already?

“The virus is in the driver’s seat in controlling the speed of the recovery and right now the economy is in the slow lane unless Congress and the White House can settle their differences and provide additional stimulus,” said Chris Rupkey, chief economist at MUFG in New York.

Federal Reserve Chair Jerome Powell is slated to give a speech at the National Association for Business Economics’ annual meeting. Minutes from the Fed’s interest rate-setting committee’s latest meeting will be released on Wednesday. The Fed meeting minutes will also be closely watched by market participants since last month’s meeting formalized Fed officials’ guidance around their tolerance for inflation. Recall that the Fed would be willing to keep rates low even if inflation were to go above the 2% target.

“The Committee decided to keep the target range for the federal funds rate at 0 to 1/4 percent and expects it will be appropriate to maintain this target range until labor market conditions have reached levels consistent with the Committee’s assessments of maximum employment and inflation has risen to 2 percent and is on track to moderately exceed 2 percent for some time.” – the Fed

Investors are having a relatively light week on the corporate earnings front before earnings season kicks off again in a couple of weeks. On the technology front, we have Cisco Systems (CSCO Stock Report) and Nvidia (NVDA Stock Report) reporting today. Another major company reporting earnings will be Domino’s Pizza (DPZ Stock Report) on Thursday.

Apart from these major blockbusters, here are also a few companies that are reporting their earnings this week. Levi Strauss (LEVI Stock Report) and Paychex (PAYX Stock Report) release their earnings on Tuesday and Lamb Weston Holdings (LW Stock Report) on Wednesday. Of course, most attention will likely be on the President’s progress in the coming few days. But investors are also navigating their way around the stimulus talks and the Fed meeting minutes this week. 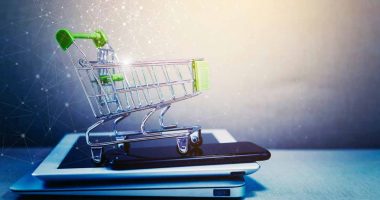 Could these e-commerce players outshine the competition with their latest positive earnings figures? 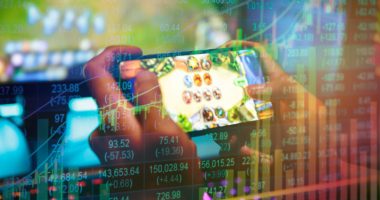 Should We Still Invest In Tech Stocks Amid High Valuation? Tech stocks… 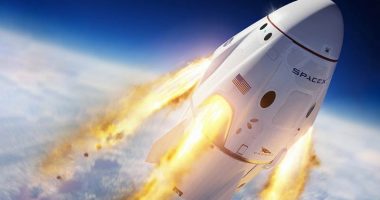 Aerospace and defense stocks are hot again after positive ratings from analysts. 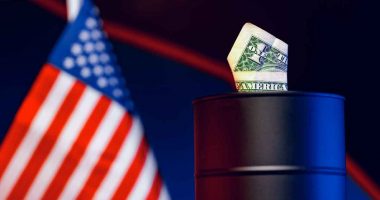 Could these oil stocks continue to gain amid rising demand?