U.S. Stock Futures Slide On The Second Week Of 2021

The U.S. stock futures dipped on Sunday evening as investors evaluate if the actual stimulus would be smaller than what Biden may have planned. Also, the political turmoil could play a part in the weakness in the stock market today. For now, however, the stock market appears to be looking past it. That’s because Congress was able to successfully confirm Biden’s election. Not to mention that another Democratic sweep in the Senate could bring another big stimulus. But investors seem to think otherwise.

“After being bullish for several months, we are definitely becoming more cautious on the stock market up at these levels,” Matt Maley, chief market strategist at Miller Tabak, said in a note Sunday. “We believe that the vast majority of the rally from the March lows is behind us…and that a correction is likely to begin at some point in the first quarter of this year.”

U.S. stock futures and major international markets slipped in the second week of 2021. Many are hoping that the rollout of vaccines globally will accelerate the reopening of economies. In addition, the reassessment of government stimulus is also making investors very cautious. The major future indexes are all trading in the negative territory. The Dow, S&P 500, and Nasdaq 100 futures were all in negative territory, moving 0.61%, 0.46%, and 0.36% lower respectively as of 6.47 a.m. ET.

The sharp gains in U.S. yields and hopes for more stimulus to boost the world’s largest economy prompted the dollar to stage a comeback. The dollar steadied after the Democrats won the Senate. It quickly became one of the top performing currencies after the result became clear.

President-elect Joe Biden will be taking office on January 20, as Democrats gain control of both houses of Congress. Many will be watching to see if Biden delivers on his promise of trillions in extra stimulus. That drove the yield on the benchmark 10-year U.S. debt to 1.1187% this year, up by over 20 basis points. This brought the dollar to a one-month high of 104.095 yen. Strategists are recommending investors to brace for more short-term dollar strength.

“The underlying source of the revival has been the aftermath of the Senate elections and markets anticipating that we might get substantially more fiscal support for the U.S. economy,” said National Australia Bank’s head of FX strategy, Ray Attrill.

The U.S. Department of Commerce’s monthly sales report will be keeping analysts busy this Friday. It will reflect the health of consumer spending at the end of 2020. This could provide some insights into how well the economy is recovering amid the global rollout of vaccines.

“While spending likely increased steadily on a non-seasonally adjusted basis, the ramp-up in seasonal spending was likely lower than in previous years as the pandemic steadily worsened through the month and fewer family gatherings took place over the holidays,” Nomura Chief Economist Lewis Alexander said in a note Friday. “Restrictions on restaurant activity resulted in sharp declines for OpenTable data, suggesting a decline in foodservice spending during the month. However, this will likely be offset to some extent by large increases in gasoline store sales, considering higher retail gasoline prices during the month.”

Over the weekend, Nio (NIO Stock Report) revealed its first-ever EV sedan model. That could very much prove its competitiveness with its largest battery pack. Nio’s latest EV model, et7 claims a driving range of 1,000 kilometers. If the claim holds up, that would truly be a game-changer. We will have to see when the vehicle comes on the road next year.

On top of that, China’s Baidu (BIDU Stock Report) also announced a partnership with Geely (GELYF Stock Report) to make electric vehicles. For the uninitiated, Geely is one of China’s largest carmakers. In fact, Geely owns a stake in Volvo and Mercedes-Benz. Baidu’s expertise in tech and autonomous driving could fit well with Geely’s automotive experience in the Chinese market. You could say that this partnership may be a threat to Tesla (TSLA Stock Report) and other Chinese EV players.

“We believe that by combining Baidu’s expertise in smart transportation, connected vehicles, and autonomous driving with Geely’s expertise as a leading automobile and EV manufacturer, the new partnership will pave the way for future passenger vehicles,” said Robin Li, co-founder, and chief executive of Baidu.

This week will probably be the most important earnings week season to watch. After all, many of the big banks are disclosing their earnings for the fourth quarter. Bank stocks have benefited from the Fed’s decision in December to allow them to resume share repurchase programs. Some of the top bank stocks have also got a boost in the final leg of 2020. This came after optimism over vaccine rollouts and economic reopening.

“There should still be another 10-15% relative move higher in bank stocks and potentially more if the economic recovery lasts several years (before the next downturn),” Deutsche Bank Research analyst Matt O-Connor said in a note Thursday. “That said, further meaningful gains in bank stocks vs. the broader market may be back-ended in 2021 given how far we’ve come in just four months.”

Several well-known banks will be reporting this week. They include JPMorgan Chase (JPM Stock Report), Citigroup (C Stock Report), and Wells Fargo (WFC Stock Report). As such, there will be a lot on the line when the big banks report their respective results in the days ahead. 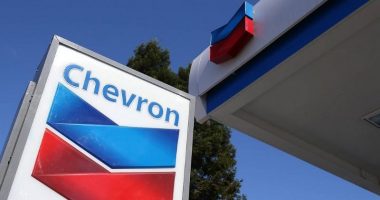 As energy stocks show rare strength, does that mean the worst of the downturn is likely over? 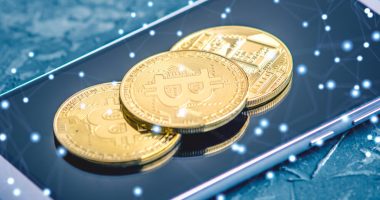 Impervious to pandemic impact and government change, these fintech stocks continue to stand out in the market. 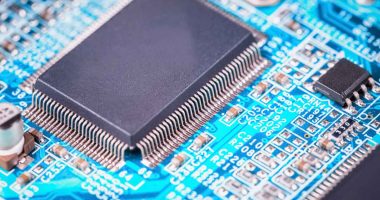 Could these semiconductor stocks make for meaningful updates to your portfolio? 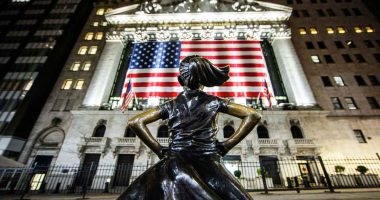