Can the stock market make a comeback after one week of pullbacks?
Total
15
Shares
Share 13
Tweet 0
Pin it 2

U.S. stock futures rose sharply in overnight trading on Sunday. This came as Treasury yields continued to retreat from their highs from last week. If you have invested a large portion of your assets in equities, you would have felt the pinch last week. That’s because stocks were pressured by the rising bond yields. Following the sharp increase in interest rates, it threatens the appeal of holding stocks. That’s because bonds are often viewed as less risky.

“Bond market volatility surged to its highest level since April and until some calm and some new peak level of yields is found, this well be the key focus for investors,” Jim Paulsen, The Leuthold Group chief investment strategist

U.S. stock futures are edging higher along with the Asian and European markets today. Boosting the sentiment is the approval of Johnson & Johnson’s (NYSE: JNJ) COVID-19 vaccine for emergency use. The pharmaceutical company expects to ship out 4 million doses initially. This came as the stock market looks to bounce back from a rough week. The major future indexes are all trading in the positive territory. The Dow, S&P 500, and Nasdaq 100 futures were all in positive territory, moving 0.65%, 0.77%, and 0.98% higher respectively as of 6.43 a.m. ET.

The House passed President Joe Biden’s $1.9 trillion stimulus package early Saturday. The legislation goes to the Senate for a vote where it likely will meet even more resistance. Should the proposal materialize, it would provide a new round of support of up to $1,400 for eligible Americans.

“If we act now decisively, quickly and boldly, we can finally get ahead of this virus,” Biden said. “We can finally get our economy moving again. … The people of this country have suffered far too much for too long. We need to relieve that suffering.“

In addition to financial assistance for individuals and families, the bill would also provide direct relief to businesses. That includes $25 billion to the Small Business Administration for a new grant program. This targets bars and restaurants and additional funding for a program that assists shuttered venues. While it is still unclear at this stage whether any of this proposal would eventually take place, getting the green light from the House increases the odds of aid reaching people in need. Following such development, the stock market could also get a boost.

Among the major highlights, the February jobs report slated to be released this Friday will be one of the main reports of the week. This would provide a fresh look at how the economy is performing after back-to-back disappointments in December and January labor market data.

Economists are expecting to see that non-farm payrolls rose by 150,000 in February, accelerating from the tepid gain of 49,000 a month earlier. The unemployment rate likely ticked up to 6.4% from 6.3%, though any increase could be in part the result of rising labor force participation as unemployed Americans resume their job searches in anticipation of more business reopenings.

“We expect leisure and hospitality employment to increase based on restaurant activity data and also look for modest rebounds in other industries, consistent with high-frequency data on jobless claims and alternate employment indicators,” Nomura economist Lewis Alexander wrote in a note Friday.

Nio Report Earnings In The After Hours Today

When it comes to early-stage companies, profitability will usually take a back seat to outlook or guidance from the earnings report. Nio (NYSE: NIO) is reporting its quarterly earnings in the extended hours today. That said, investors would probably be more interested in its outlook and guidance, rather than how much the company lost during the quarter.

That’s not to say Nio has performed badly in the recent quarters. In fact, the company has been continuing its upward momentum when it comes to EV deliveries. But if we look at the number of sales today, it is just a tiny fraction of Tesla’s (NASDAQ: TSLA) delivery numbers. Despite the rising delivery numbers for Nio, the company’s stock has been in the red. But that could simply be due to the general market pull-back and has nothing to do with Nio’s fundamentals.

The demand for electric vehicles has been on the rise as with longer battery life and lower costs due to improved technologies. There are also other tailwinds working in favor of NIO stock hitting the accelerator in the past year. Yet, despite the increasingly competitive field, the pie is still pretty big (and set to be bigger). Nio venturing outside its home market is another possible catalyst for NIO stock. Of course, the company could do just as well by focusing on its home market. As EVs still have many years of growth ahead, the top dog of Chinese EV certainly has more room to run.

[Read More] Best Stocks To Buy As We Near The $1.9 Trillion Stimulus Package? 4 To Watch

The stay-at-home darlings are on deck this week, with many investors focusing on Zoom Video Communications’ (NASDAQ: ZM) earnings report. Apart from the clear favorite, these stay-at-home stocks are also reporting their earnings this week. These include Okta (NASDAQ: OKTA), Snowflake (NYSE: SNOW), and Splunk (NASDAQ: SPLK).

Like Nio, Zoom will also be reporting its fiscal fourth quarter earnings after market close on Monday. Zoom, once a little-known tech service before the pandemic, will be a top stock to watch among investors. Despite only going mainstream last year, it  has grown revenue in excess of 300% in each of the last two quarters. This came as the meeting software became the go-to platform for workplaces, friends and families to stay connected during the pandemic.

The video conferencing company is likely to extend this streak of strong growth for the fourth quarter. Sales are anticipated to rise 331% to $811.04 million in the three months ended in January, according to Bloomberg consensus data. Even so, that would still be a decrease from the 367% revenue growth in the previous quarter. Recall that the stock saw a sell-off in December when Zoom guided to a deceleration in growth. 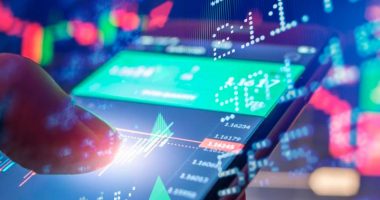 Are These Tech Stocks On Your Watchlist? Tech stocks grow when more… 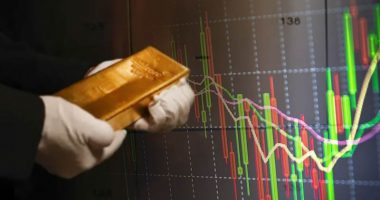 Are Gold Stocks On Your Watchlist This Week? Prices of gold stocks… Here are some of the top names that could be an integral part of the metaverse. Check these 3 electric vehicle stocks out for your April 2022 watchlist.