Top Cryptocurrencies To Buy Now? 4 To Watch This Week

Bitcoin has been a hot topic these past few weeks but what about other cryptocurrencies?
Total
3
Shares
Share 1
Tweet 0
Pin it 2

Cryptocurrency. When you hear this word, you would most likely think of Bitcoin. Of course, this comes as no surprise as Bitcoin was the first-ever cryptocurrency to hit the market. And it has been gaining popularity ever since. For those unfamiliar, a cryptocurrency is a form of digital currency. Recently, Tesla (NASDAQ: TSLA) has made the announcement that it would begin accepting Bitcoin as payment. Prices of BTC have since soared after the announcement hitting a record high of USD 61,000 before retreating to the current level of over $58,000 USD. To put things into context, Bitcoin was only worth about USD 5,000 this time last year. That’s right. It has returned more than 1,000% in a year.

Why is crypto a hot topic in the investment world? It’s no secret that cryptocurrencies are extremely volatile. But hey, with high risk comes high reward, isn’t it? Early adopters of Bitcoin would have made a huge profit, assuming they have held on. Ask any investor today, they would want to get a piece of it if it weren’t that expensive. With all the buzz going around cryptocurrencies, it seems like there’s a high chance that these digital assets could potentially be the future of money in transactions.

Institutional investors are increasingly considering cryptocurrencies as an alternative asset class. After all, they are looking to maximize their returns in the difficult investment climate we face in the stock market today. Aside from Tesla, other major companies such as Microsoft (NASDAQ: MSFT) and PayPal (NASDAQ: PYPL) have been making moves to accept cryptocurrencies for transactions. With the increasing participation from institutional players, this certainly bodes well for the industry. It may not even be so far-fetched to think that cryptocurrencies would eventually be the currencies of the future.

As of January, there were over 4,000 different cryptocurrencies in existence. With so many cryptocurrencies out there, there’s no question that it creates a lot of complexity. However, with the proper research and due diligence, investors could still score big with some of the hottest cryptos in the market. If you want to get into cryptocurrencies, these 4 cryptos have run circles around Bitcoin and could continue to bring massive gains.

First, on the list, we have cryptocurrency Cardano (ADA). Cardano is a proof-of-stake blockchain where it requires validation for transactions and the validators are required to “stake” some of their ADA coins. The cryptocurrency has grown in popularity and is becoming one of the largest cryptocurrencies right now, right on the heels of Ethereum.

There are few reasons why Cardano rose exponentially and gained strong momentum as of late. First, there was an announcement this week stating that Cardano will hit Coinbase Pro, a leading crypto exchange. Recall that in late July 2020, Cardano launched Shelly, which is an upgrade of its network. This upgrade is designed to increase the number of nodes which translates to more decentralization thus improving security on the Cardano network.

The reveal that Cardano is supporting non-fungible tokens (NFTs) on its platform is also worth the mention. For the uninitiated, NFTs allow users to prove ownership of digital media like art, files, and so on. NFTs have become increasingly relevant in the market. So this news is great for boosting Cardano’s popularity. If you want to strike while the iron is hot, now may be a time for you to consider Cardano coin in your portfolio.

Next up, Stellar is a blockchain-based distributor ledger network that uses its currency, XLM coins for transactions between financial institutions and people. At its heart, the Stellar Lumens network aims to make cross-border payments frictionless. It has received a fair amount of attention as of late.

Stellar stands out due to its incredible payment network speed. For traditional international transactions, it typically takes a few days to complete the transaction but Stellar can complete it in a matter of seconds. This has improved the efficiency of supply chain payments significantly which makes it a very attractive platform to work with.

Early 2021 January, Stellar announced it is working with the Ukrainian government in creating a central bank digital currency. While there is no guarantee that Stellar will be responsible for developing the currency, it is most likely that Stellar will play a critical role in the decision-making process. Given the developments that are taking place in Stellar, would you be adding this cryptocurrency to your watchlist?

Avalanche is a Decentralized Finance (DeFi) platform that allows interoperability between third-party tokens. Simply put, Avalanche is a blockchain-based platform where issuers can process more transactions than Ethereum at a much faster rate but at a lower cost. Thus, the AVAX network has greatly improved the DeFi environment with a permissionless system where users can create their customized blockchains, both private or public.

One reason why we have seen strong price action on Avalanche in recent months can be attributed to Pangolin, the community-driven decentralized exchange. Pangolin showcases the capabilities of Avalanche and is also an important piece of Avalanche’s DeFi ecosystem. This attracts a plethora of DeFi users that are overwhelmed by high fees and network congestion.

Avalanche may be a fairly new cryptocurrency in the market. But the potential it has is very exciting for the blockchain world. With all the optimistic plans being set in motion, will you be adding this cryptocurrency to your portfolio?

Dogecoin initially started off in late 2013 as a digital joke which is a combination of cryptocurrency and a popular Shiba Inu dog meme. In fact, it was created in a few hours by two programmers, Jackson Palmer and Billy Markus. Dogecoin holders can use Dogecoin to buy goods and services or trade them for other currencies. Holders also use Dogecoin to “tip” fellow internet-goers who create or share great content.

Dogecoin recently gained a huge boost in popularity after being constantly tweeted by Tesla CEO, Elon Musk. Musk also mentioned that he wants Coinbase to add Dogecoin to its list of supported cryptocurrencies. And it wasn’t just Musk who voiced his support for Dogecoin. Popular rapper Snoop Dogg has also rebranded himself as Snoop Doge. This came shortly after Kiss rock star Gene Simmons tweeted about Dogecoin. Ridiculous as it may sound, the price of Dogecoin soared more than 55% after the publicity.

Dogecoin can be fickle and investors have been saying repeatedly of its high volatility. With the current state of momentum, dogecoin prices may continue to soar if more celebrities join in on the hype train but that is speculative at best. Like any hype train, there is a time and season for it. This may or may not be the moment for you to get your hands on some Dogecoin before the train moves on, but would you be willing to bet on it? 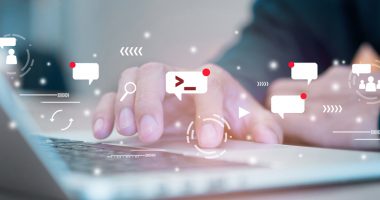 Could these software stocks continue to grow in an increasing internet of things focused world? 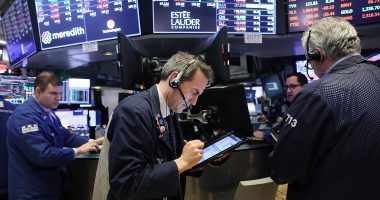 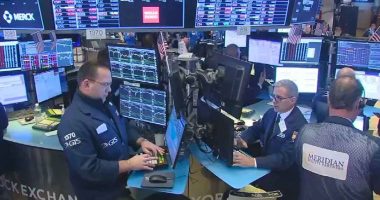 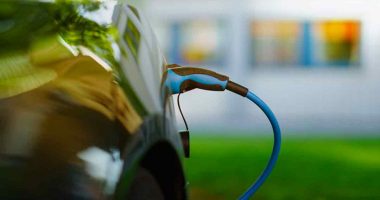 Could these top electric car stocks shift into high gear this month?