Top FAANG Stocks To Watch This Week? 3 In Focus

These FAANG stocks are in the limelight as tech stocks look to bounce back.
Total
3
Shares
Share 1
Tweet 0
Pin it 2

With the broader stock market on the rebound from yesterday’s losses, tech stocks appear to be in focus. In particular, the supposed biggest names in the sector continue to shine, and these are the FAANG stocks. For the uninitiated, this group of stocks consists of Facebook, Amazon, Apple, Netflix, and Google. Additionally, the likes of CNBC’s Jim Cramer have also named Microsoft (NASDAQ: MSFT) as a good fit among them as well.

For the most part, the current movement among FAANG stocks is understandable. Namely, Facebook (NASDAQ: FB) and Amazon (NASDAQ: AMZN) were among the biggest contributors to the Nasdaq’s 2% drop yesterday. Could jumping back on to these companies’ shares be a good idea now? Well, for one thing, Wedbush Securities tech analyst Dan Ives seems to believe so. According to Ives, concerns about rising Treasury yields and overvaluation among the top tech stocks are momentary. In fact, the analyst sees a year-end rally of “at least 10% in the tech space“. Moreover, Ives also adds “we fundamentally believe the Street is massively underestimating what the tech growth picture looks like into 2022”.

While long-term tech industry bulls like Dan Ives remain optimistic, tech companies continue to make plays as well. For instance, Microsoft is launching the first update to its flagship Windows operating system in six years. Starting today, Windows 10 users on compatible devices will receive a free upgrade to Windows 11. At the same time, Amazon is now offering “Black Friday-worthy” deals across numerous categories on its e-commerce platform. This would be a crucial move by the company as retailers look to attract early holiday shoppers now. Overall, with the tech industry’s current momentum, could these FAANG stocks be top picks in the stock market today?

To begin, we have Netflix, an entertainment juggernaut that provides a wide variety of feature films, TV series, and documentaries across many genres and languages. With over 200 million paid memberships across 190 countries, the company allows its users to watch content whenever and wherever they want. With that being said, NFLX stock currently trades at $630.42 as of 12:24 p.m. ET, with year-to-date gains of over 15%.

The company could be looking at potential windfalls during this holiday season. This is in a time especially when labor and supply chain constraints pose a major threat to many companies heading into the festive season. According to Craig Johnson, chief market technician at Piper Sandler, Netflix could have a secret weapon to counter this. He says that the company can avoid potential supply chain disruptions far better than many other companies given its subscription-based services. The charts also suggest more upside for Netflix, Johnson said, following its lengthy stretch of consolidation.

Not resting on its laurels, Netflix also announced in late September that it will be acquiring Night School Studio, which is best known for its critically acclaimed debut game, OXENFREE. This would be part of Netflix’s strategy to build its creative capabilities and library of games together. The company says that, like its shows and films, these games will be included as part of its membership, with no ads and no in-app purchases. Given this piece of information, should investors be paying close attention to NFLX stock?

Apple is a multinational tech company that specializes in consumer electronics, software, and services. In fact, it is one of the world’s largest technology companies by revenue and is also one of the most valuable. With its line of premium products and ecosystem, the company has a very high level of brand loyalty among its millions of users all over the world. Accordingly, the company announced that there are over 1.5 billion Apple products in use worldwide. AAPL stock is currently worth $141.64 a piece as of 12:25 p.m. ET.

Last month, it announced its iPhone 13 line-up, offering some of the most revolutionary tech upgrades that its users have seen. Starting off, it introduces one of the most advanced pro camera systems ever on a mobile phone and an incredible display with improved battery life and 5G. It also ships with the latest operating system, iOS 15, which is packed with new features that could appeal to the broader market.

In late July, the company also reported its third-quarter financials. Notably, it reported a record revenue of $81.4 billion, up by 36% year-over-year. This would include new revenue records in each of its geographic segments. Furthermore, the company also saw double-digit growth in each of its product categories and a new all-time high for its installed base of active devices. With such impressive financials, is AAPL stock worth adding to your portfolio right now?

Last but not least, we will be taking a look at Alphabet. By and large, most would be familiar with the company’s vast array of tech offerings. The likes of which are mostly developed and maintained by its flagship subsidiary, Google. Notably, Google has a major presence in most spaces of the tech world today, be it emerging or mainstream. This would be the case given its industry-leading search engine, video streaming platform, and cloud computing division among others. With GOOGL stock trading at $2,730.07 as of 12:25 p.m. ET, could it be worth investing in now?

To highlight, GOOGL stock continues to hold a sizable lead over its FAANG peers this year. This is evident as it is holding on to year-to-date gains of over 50% despite the recent lows in tech stocks. Not to mention, Google continues to kick into high gear across the board as well. For starters, the company will be present at the Biden administration’s conference on quantum computing technologies later today. At this event, some of the top names in the space will be discussing critical applications of the tech. This would provide Google with a chance to bounce ideas off its industry peers in this emerging field of computing.

Furthermore, Google has not been resting on its laurels on the operational front as well. Yesterday, the company launched Android 12, the latest iteration of its smartphone operating system. With Android 12 on Google’s open-source facilities, major smartphone developers can now get to work on adapting it to their devices. This comes just one week after Google announced plans to significantly revamp its core Google Search engine service. Given all of this, would you consider GOOGL stock worth investing in now? 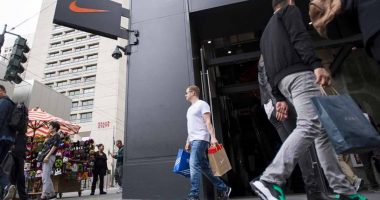 As businesses recover towards pre-pandemic levels, these cyclical stocks could be worth noting. 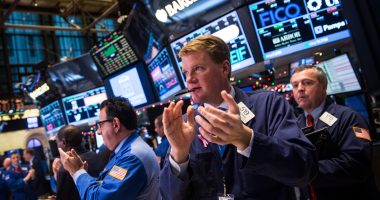 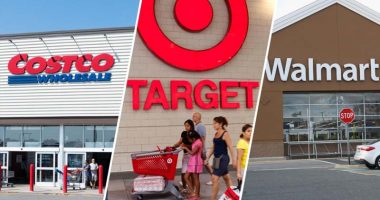 These retail stocks defied the odds and continued growing despite the pandemic. 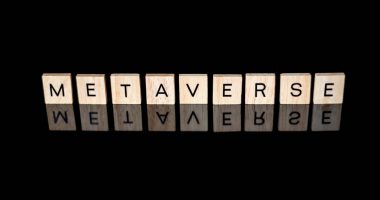 Which of these tech stocks can benefit from the growth of the metaverse?