Top Metaverse Stocks To Buy Now? 4 For Your February Watchlist

Which of these tech stocks can benefit from the growth of the metaverse?
Total
6
Shares
Share 4
Tweet 0
Pin it 2

Check Out These Metaverse Stocks In The Stock Market Today

The metaverse is undoubtedly one of the hottest investment trends in the stock market today. After all, these are companies whose businesses revolve around bringing the increasingly real metaverse to life. While the metaverse isn’t a new concept, the broad and sweeping adoption for its future potential is. More importantly, the metaverse represents a massive opportunity for investors. According to Bloomberg estimates, the global metaverse market opportunity is expected to be around $800 billion by 2024. But before we go into details, perhaps it’s helpful to go through some background about this latest buzzword in the stock market.

What Is The Metaverse?

At its highest level, the metaverse is a culmination of different cutting-edge technologies wrapped into its own virtual universe. In essence, it will allow people to engage with content, interact with each other, and experience almost anything. The potential implications of that technology are tremendous. Some industry experts and analysts even think it could grow to be a multi-trillion dollar market. Should that be the case, you can expect some of the top metaverse stocks will emerge as big winners on the stock market.

We only need to look at Microsoft’s (NASDAQ: MSFT) acquisition of Activision Blizzard (NASDAQ: ATVI). At a $69 billion price tag, it is one of the largest acquisitions ever announced in the tech space. And that’s major news for the metaverse space. You see, Microsoft has been talking about the metaverse being the next big thing for now. And they’re finally backing up that talk with real action. Unless you’re not a fan of gaming, you must be thrilled that a mixed reality version of Call of Duty could be in the making. If anything, this acquisition could bring renewed interest in a certain set of metaverse companies. With all that in mind, do you have this list of best metaverse stocks to buy in the stock market today?

Best Metaverse Stocks To Buy [Or Sell] In February 2022

NVIDIA is a metaverse company that has been on many investors’ radars. The company has made huge strides in the artificial intelligence space and is also making headway into the metaverse. The company calls its iteration of the metaverse the Omniverse and says that its platform can be used to connect 3D worlds into a shared virtual universe. The Omniverse can also be used across a growing number of industries.

Earlier this year, the company announced the next direction of its platform for gamers and creators, unveiling more than 160 gaming and studio GeForce-based laptop designs. It also announced new generation content and the expansion of both GeForce NOW cloud gaming and the Nvidia Studio ecosystem. This includes the launch of Nvidia Omniverse for creators as well. Notably, its new platform feature, the Omniverse Nucleus cloud enables simple one-click-to-collaborate sharing of large Omniverse 3D scenes. With that in mind, is NVDA stock a top metaverse stock to buy right now?

When it comes to the metaverse, Adobe might not be the first thing that comes to mind. For starters, the company offers a suite of software solutions to clients globally. These include but are not limited to its Adobe Creative Cloud, Document Cloud, and Experience Cloud offerings. All of these allow Adobe to cater to creatives, students, small businesses, government agencies, and even global brands. Against this backdrop, Jefferies (NYSE: JEF) tech analyst Brent Thill believes that “Adobe is the best software play for the metaverse — its creative tools will enable the next generation of the internet.”

For instance, the company has the Aero, a product used in developing augmented reality experiences. Apart from that, Adobe’s fiscal fourth-quarter report showed that its fundamentals remain strong. During the quarter, it recorded revenue of $4.11 billion, 20% higher than the same quarter last year. Furthermore, the company estimates revenue of nearly $17.9 billion for fiscal 2022, representing a growth of over 13% year-over-year. Given all this, would ADBE stock make your list of top metaverse stocks to buy?

Meta Platforms, as the name suggests, has a strong focus on developing the metaverse. Just last year, as it rebranded from Facebook to Meta, the company also announced that it would be investing $10 billion into the metaverse. At the same time, the company boasts a portfolio of social media companies used by billions around the world. Namely, Facebook, Instagram, and WhatsApp. Meta also owns Oculus, a company that produces VR headsets, facilitating entry into the metaverse.

Recently, it was reported that Meta is working on plans to allow users to create and sell non-fungible tokens (NFTs), joining the other slew of companies rushing to capitalize on the NFT craze. Additionally, the company is working on a prototype to help users create their own NFTs. While these are all exciting news, Meta believes that its future fortunes lie primarily with the metaverse. In July, CEO Mark Zuckerberg said, “In the coming years, I expect people will transition from seeing us primarily as a social media company to seeing us as a metaverse company.” Considering all this, would you include FB stock on your watchlist right now?

Online entertainment platform Roblox empowers people to play video games and socialize in a vast 3D, virtual world. Since the company’s debut on the public market, RBLX stock has generated a lot of buzz on Wall Street. After all, Roblox is an online entertainment platform that may be the closest thing to an existing social metaverse today. Through its “human co-experience platform”, millions of players worldwide interact with each other in a variety of ways. This ranges from user-built interactive games to pop culture-related content and even live streamable music events in-game.

Roblox has already built an immersive experience that many of its users see as their second home. For instance, Forever 21 launched an exclusive partnership with Virtual Brand Group, a metaverse creation company. This partnership allows users to buy and sell Forever 21 merchandise and customize their own stores on the Roblox video game platform. For the record, this is not the first time a fashion brand launches on Roblox. Prior to this, Ralph Lauren (NYSE: RL) and Nike (NYSE: NKE) had already partnered with Roblox to advertise and engage with their users. And considering that RBLX stock has declined by more than 50% from its all time high, would you be betting on it today? 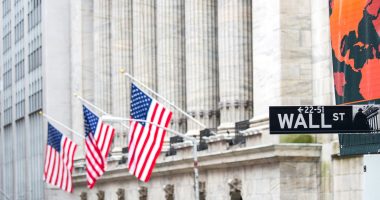 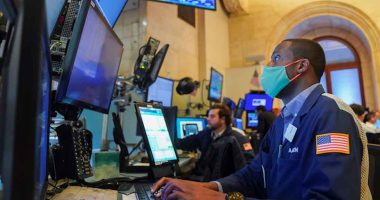 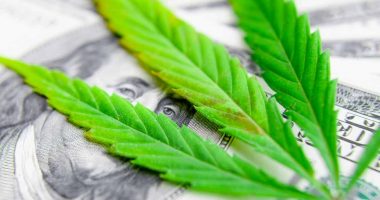 Could these trending marijuana stocks be worth watching now? 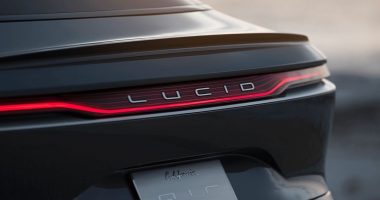 Is now the time to buy the dip on CCIV stock after the recent pullback?