U.S. stock futures are in the red prior to this week’s opening bell. Even with the stock market closing on Good Friday, investors have plenty to consider in the days to come. For starters, some of the biggest banks in the nation are set to kick off first-quarter earnings for 2022. This includes the likes of JPMorgan Chase (NYSE: JPM), Goldman Sachs (NYSE: GS), Citigroup (NYSE: C), and Morgan Stanley (NYSE: MS). All of which will be hosting their earnings calls before Thursday’s market opens.

Not forgetting, the Bureau of Labor Statistics (BLS) is set to release key economic data. This would be in the form of its Consumer Price Index (CPI) and Producer Price Index (PPI) readings for March. According to consensus projections, the BLS’s headline CPI will likely accelerate to an 8.4% year-over-year increase. This would outpace February’s 7.9% jump. To put things into perspective, this represents another decades-high surge in a core measure of inflation.

With all this alongside the additional economic pressures from the Ukraine-Russia war, the outlook for the economy remains shaky. In fact, some would even argue that the surge in inflationary measures would lead to the Federal Reserve making even more aggressive plays moving forward. As of 4:19 a.m. ET, the Dow, S&P 500, and Nasdaq futures are trading lower by 0.34%, 0.61%, and 1.05% respectively.

Tesla (NASDAQ: TSLA) CEO Elon Musk is once again in today’s stock market headlines. By and large, this is thanks to the ongoing attention around his sizable investments in social media giant Twitter (NYSE: TWTR). To begin with, TWTR stock had an interesting time in the stock market last week, to say the least. This comes after Musk revealed that he is the largest shareholder in the firm alongside plans to join Twitter’s board. As a result, TWTR stock saw gains of over 17% throughout the trading week. Despite the overall eventful week for Twitter, there remains no shortage of notable developments.

According to a social media post by CEO Parag Agrawal, Musk will not be joining Twitter’s board of directors. He writes, “We have and will always have input from our shareholders whether they are on the Board or not. Elon is our biggest shareholder and we will remain open to his input.” Even as Musk decides not to join the board, he remains very vocal regarding possible changes to the platform. Since revealing his 9.2% stake last week, Musk has and continues to make key suggestions.

Over the weekend, there have been several such instances. Firstly, Musk spoke about the perks users who subscribe to Twitter Blue, the company’s $3 per month premium service, should get. He suggests that they should receive authentication checkmarks and an ad-free experience. Another idea floated was to transform Twitter’s physical headquarters into a homeless shelter. This would be the case seeing as “no one shows up anyway,” according to Musk. While seemingly light-hearted, Amazon (NASDAQ: AMZN) founder Jeff Bezos showed support for the idea. As a result of all this, TWTR stock could be seeing some action today.

Meanwhile, Disney’s (NYSE: DIS) latest streaming film is making a splash now. Notably, Turning Red hit 1.701 billion streaming minutes in the first week of its release. This information comes from Nielsen’s (NYSE: NLSN) latest weekly streaming ratings for the March 7 to March 13 week. Why is this great might you ask? Well, simply put, Turning Red is looking at a record first-week opening. This even tops Disney’s Encanto which previously held the title. Not to mention, Turning Red is also beating out episodic series that span seasons. Overall, it seems that Disney continues to bring its A-game to the streaming table and viewers are all for it.

At the same time, the company is also hard at work bringing on legacy shows to its growing Disney+ platform. This is apparent as Dancing With The Stars (DWTS) will be the first live series debuting on the platform. With 30 seasons aired across 16 years on Disney’s ABC broadcast TV network, this is a strategic play by the company. Ideally, bringing DWTS to Disney+ could further expand the company’s addressable markets in the streaming space now. This would be an aggressive play seeing as DWTS remains one of Disney’s top five unscripted series on the TV network. Nevertheless, DIS stock could be worth checking out at today’s opening bell.

In other entertainment industry news, Discovery (NASDAQ: DISCA) and AT&T (NYSE: T) have closed their massive merger. To be precise, the two media giants completed the $43 billion deal to combine their respective media operations into a new entity, Warner Bros. Discovery (WBD). For a sense of scale, current estimates value WBD in a range of between $114 billion to $140 billion. As of today, WBD is set to operate as its own independent business. Because of this massive move both DISCA stock and T stock would be gaining attention now.

More importantly, WBD brings more than just a name with it. The company’s gargantuan media portfolio should not be overlooked by investors eyeing the entertainment space now. Namely, the current merger integrates Time Warner, Warner Bros., HBO, Turner Broadcasting, and CNN among other AT&T media properties under one umbrella. Moreover, WBD also has access to a wide array of global TV and sports operations from Discovery. This includes the Discovery Channel, HGTV, Food Network, TLC, and Animal Planet to name a few. Safe to say, things continue to heat up in the increasingly competitive streaming space today.

Target Partners Up With ThredUp In Effort To Bolster Secondhand Sales

Target (NYSE: TGT) is reportedly working with ThredUp (NASDAQ: TDUP), a resale company. For those uninitiated, ThredUp is one of the world’s largest resale platforms for women’s and kids’ apparel, shoes, and accessories. Through ThredUp, consumers have access to quality secondhand wares from across a wide array of premium and luxury brands in one location. Additionally, the company also notes that some of these items can go for up to 90% off estimated retail prices. With over 125 million unique secondhand items across 35,000 brands and 100 categories, ThredUp is no newcomer to the scene.

Getting into the latest news, Target is working with the firm to bolster its secondhand sales revenue. Over the weekend, the big-box retailer confirmed the launching of its secondhand apparel page on ThredUp’s website. According to a Target spokesperson, the current collaboration is still in a “test and learn” stage. Additionally, Target notes that it is doing this to gauge its customers’ interest in sustainability and value. As it stands, Target’s section on ThredUp’s site has about 400,000 pieces. All in all, Target can test out consumer demand for its secondhand offerings while also advancing its sustainability efforts. Regardless, time will tell if the retailer can make the most out of this. 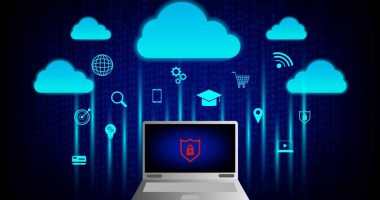 Check out these cloud computing stocks that are making waves in the stock market today. 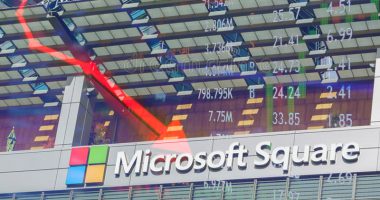 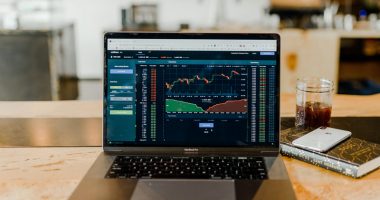 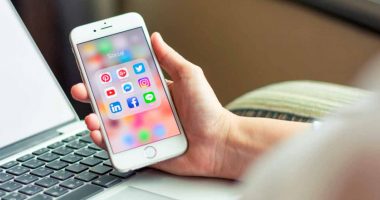 Could these social media stocks maintain their growth?