U.S. stock futures are in the red ahead of Tuesday’s opening bell. For the most part, this is the case as there are plenty of major data releases on tap. For starters, some of the biggest names in the tech industry will be hosting their latest earnings calls. These include Microsoft (NASDAQ: MSFT) and Alphabet (NASDAQ: GOOGL) today. Meanwhile, the likes of Apple (NASDAQ: AAPL) and Amazon (NASDAQ: AMZN) will be reporting later this week. All of which would be in focus as investors are eager to see how these firms deal with rising interest rates. Additionally, this would also further determine the overall narrative for the current earnings season.

Market bull Tom Lee, head of research at Fundstrat Global Advisors, said even though he’d expected a “treacherous” first half to the year, the market has been worse than even he expected, with inflation worsening relative to market expectations. Nevertheless, he remains optimistic. All in all, investors appear to be taking a slow approach to the current jam-packed week ahead. As of 4:45 a.m. ET, the Dow, S&P 500, and Nasdaq futures are trading lower by 0.30%, 0.27%, and 0.27% respectively.

Twitter (NYSE: TWTR) and its board members on Monday came to a sale agreement with Tesla (NASDAQ: TSLA) CEO Elon Musk for $44 billion. Under the terms of the deal, Musk is paying $54.20 per share in cash for Twitter, which Musk said is his “best and final” offer. The price marks a 38% premium to Twitter’s closing price on April 1, the last session before Musk disclosed a 9% stake in the company. Following this acquisition, Twitter will go private. Beyond that, little is known about what Musk plans to do with his favorite social media platform.

Many questions remain unanswered regarding the future of Twitter. Users, employees, and investors are also eagerly waiting to hear more on who will lead the social media giant. But the world’s richest man did crowdsource opinions on Twitter features, asking his 83 million-plus followers to weigh in on whether they want certain changes like an edit button. The big question here is, will he really make decisions based on what his followers want? Here’s what he said in the release.

“Free speech is the bedrock of a functioning democracy, and Twitter is the digital town square where matters vital to the future of humanity are debated. I also want to make Twitter better than ever by enhancing the product with new features, making the algorithms open source to increase trust, defeating the spam bots, and authenticating all humans. Twitter has tremendous potential — I look forward to working with the company and the community of users to unlock it.”

Microsoft Earnings: What To Know

Investors are on the edge of their seats as they wait for the third fiscal quarter earnings from Microsoft. To some, Microsoft stock is considered one of the biggest safe havens in the tech space. Even then, MSFT stock has pulled back more than 16% year to date.  First, the market is concerned about the normalization of consumer demand in the PC market.

There’s no question that the coronavirus pandemic has created a spike in demand for their flagship Office products over the past two years. However, investors are expecting a slowdown in this quarter. According to new data from IDC, global PC shipments fell 5.1% from a year ago in the March quarter. And such deceleration could have a negative impact on MSFT stock.

Another update to look at is the acquisition of Activision Blizzard (NASDAQ: ATVI). For those unaware, at $68.7 billion, it is the biggest deal the company has ever done. Combined with the Xbox, it represented $21 billion in revenue last year. That is almost as big as Windows. Should the acquisition be approved, it will not only be accretive to earnings but also substantially strengthen Microsoft’s strategic position in the gaming ecosystem. As the company’s business has thus far remained strong, do you have MSFT stock on your watchlist today?

Is GOOGL Stock A Buy Ahead Of Its Quarterly Earnings?

Alphabet will likely be the focus of investors eyeing the top stock market earnings today. It’s no secret that Google had a blockbuster year when it comes to financial performance. For starters, Google’s earnings per share (EPS) came in at $256.7 billion, doubling the level three years ago. For the most part, the digital advertising space has been the key driver for growth as more people have spent greater amounts of time online during the pandemic.

Therefore, investors will be watching if the momentum could persist when the advertising giant reports its earnings after the stock market closes today. Among the things that will be in focus is the revenue from Google Cloud, its main business segment. Similar to Microsoft, analysts are concerned about a potential slowdown in its financial quarter this year. Many expect Google’s EPS to decline for the first time in seven quarters. Safe to say, there will certainly be no shortage of coverage on Alphabet’s earnings today. As such, GOOGL stock could be worth keeping an eye on.

Not forgetting, there are also plenty of other earnings on tap today. The likes of which range from more airline firms to cyclical and energy industries, and even tech names. In the pre-market, we have United Parcel Service (NYSE: UPS), General Electric (NYSE: GE), PepsiCo (NASDAQ: PEP), 3M (NYSE: MMM), Raytheon Technologies (NYSE: RTX) and JetBlue Airways (NASDAQ: JBLU).

Alternatively, things are leaning more towards the tech side after today’s closing bell. This is apparent as Microsoft and Alphabet take center stage. Aside from that, General Motors (NYSE: GM), Enphase Energy(NASDAQ: ENPH), and Chipotle Mexican Grill (NYSE: CMG) are also hosting their earnings calls. All in all, it seems like investors have another jam-packed day of earnings to look ahead to. 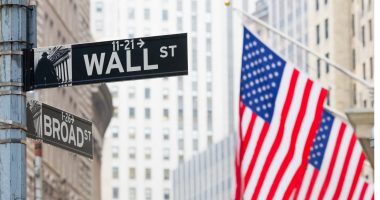 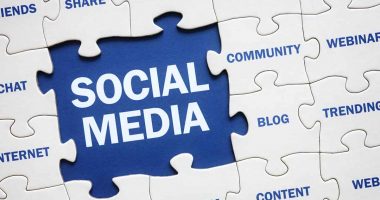 As the pandemic continues to rage on, could now be a good time to invest in social media stocks? 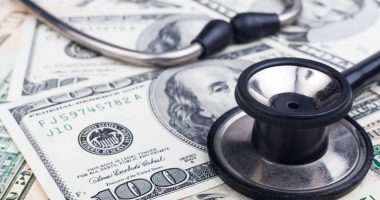 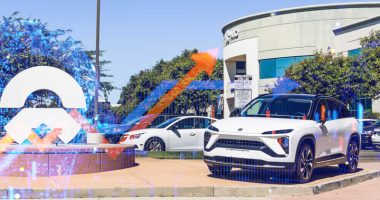 Electric vehicle stocks have gotten all the attention this year, can they continue the rally?