U.S. stock futures are well in the red leading up to Friday’s opening bell this week. This is not unwarranted as investors react to hotter than anticipated inflation figures that came in yesterday. To recap, the Consumer Price Index (CPI) reading for January shows a 7.5% year-over-year increase. This is above economists’ estimates of 7.3% and marks the fastest rise for the CPI since 1982. Following this, Treasury yields spiked while the broader stock market slid. Moving forward, investors are likely contemplating their next move.

Speaking on this is Jordan Jackson, a global market strategist at JPMorgan (NYSE: JPM) Asset Management. He says, “I think investors have to ask themselves, do I want to hedge against inflation, or do I want to beat inflation? And so, I think things like gold are where you can hedge, but I think there are other areas where you can continue to outpace and see outsized gains relative to inflation.” Jackson elaborates, “I think that’s things like equities, I do think commodity markets are relatively well-supported here as well. And so investors will need to get diversified in how they think about hedging and outpacing inflation at the current juncture.” While investors consider their options, there is plenty of stock market news on hand as well. As of 6:55 a.m. ET, the Dow, S&P 500, and Nasdaq futures are trading lower by 0.46%, 0.57%, and 0.77% respectively.

Among the latest companies turning heads, this earnings season would be Zillow Group (NASDAQ: ZG). In brief, it is a leading name in the online real-estate industry in the U.S. Through its digital marketplace, consumers have access to on-demand services for selling, buying, renting, or financing homes. Today, ZG stock could be in focus thanks to the company’s latest breakout quarterly results. In detail, Zillow raked in a total revenue of $3.88 billion for the fourth quarter. This would indicate massive year-over-year gains of over 397%. Additionally, Zillow crushed consensus analyst revenue estimates of $2.98 billion.

Overall, these results are mostly thanks to the company’s iBuying division. This would be its home-flipping business which generated more than 85% of Zillow’s quarterly revenue. Regarding the rest of its revenue, the company mainly has its internet, media, and tech (IMT) division to thank. It is worth considering that Zillow’s IMT revenue is up by 14% year-over-year after reporting record profits. The company cites strong demand pushing faster-than-expected home sales on this front as a core growth driver for the quarter. According to CEO Rich Barton, Zillow has a “rock-solid financial foundation” alongside all of this.

On top of all that, the company appears to be optimistic about the current quarter as well. Zillow is expecting total revenue of between $3.12 billion to $3.44 billion moving forward. This would be in line with Wall Street’s estimates of $3.26 billion. With a focus on building its marketplace solutions further, Zillow is looking to generate annual revenue of $5 billion by 2025. With all this in mind, ZG stock’s gains of over 13% in pre-market trading today is not that surprising.

Following that, Cloudflare (NYSE: NET) is also in the news today, courtesy of its latest financial figures. Diving in, the company posted a total revenue of $193.6 million and broke even on earnings per share. This would translate to year-over-year gains of 53.8% year-over-year for revenue and a turnaround for earnings. For comparison, it topped analyst estimates of $184.8 million for revenue and fell in line in terms of earnings. Moreover, Cloudflare also notes that it achieved record operating cash flow for the quarter as well. On a larger scale, the company raked in annual revenue of $656.4 million, a 52% increase from the previous year.

Highlighting Cloudflare’s success further is CEO Matthew Prince. Prince says that it is the “fifth straight year” where the company achieved 50% or greater, compounded growth. He explains further, “Our continued success is fueled by a culture of relentless innovation on top of a highly scalable platform. That’s why we’re uniquely positioned to extend our network, introduce new Zero Trust capabilities, and grow our total addressable market.”

Not to mention, the company is also expanding its portfolio now. Alongside its solid earnings report, Cloudflare revealed that it has completed its acquisition of Vectrix. In essence, Vectrix provides businesses with one-click visibility and control access across all of their respective software-as-a-service apps. In theory, Cloudflare would essentially be bolstering its existing Zero Trust platform for security teams. As such, I could see NET stocks making waves at today’s opening bell.

Another company receiving attention thanks to its quarterly earnings call yesterday would be Expedia Group (NASDAQ: EXPE). The travel shopping firm posted earnings of $1.06 per share, handily beating Wall Street’s expectations of $0.69. This would be a considerable increase from its loss per share of $2.89 the same quarter last year. In terms of total revenue, Expedia raked in a total of $2.3 billion, up by 148% year-over-year. The company notes that this is thanks to significant year-over-year surges in its total gross bookings alongside retail and business-to-business segments.

All in all, the company appears to be gaining momentum despite significant travel disruptions from the pandemic. In CEO Peter Kern’s exact words, “we were pleased to see that the impact was less severe and of shorter duration than previous waves. Notably, the travel industry and traveling public prove more resilient with each passing wave, and we continue to expect a solid overall recovery in 2022, barring a change in the trajectory of the virus.” With Expedia seemingly navigating the pandemic well now, EXPE stock could be worth checking out now.

In some non-earnings-related news, AMD (NASDAQ: AMD) is set to acquire Xilinx (NASDAQ: XLNX) soon. This update comes directly from AMD who clarifies that it now has all the necessary approvals to proceed. By the company’s current estimates, it can likely close the $54 billion deal by February 14. Safe to say, this is a major development for the semiconductor industry as a whole. Following the earlier termination of the deal between Nvidia (NASDAQ: NVDA) and Arm, this would serve to benefit AMD stock.

Furthermore, this is not the only win for AMD this week. To highlight, Alphabet’s (NASDAQ: GOOGL) cloud computing division, Google Cloud, is employing AMD’s latest tech. Namely, Google Cloud is using 3rd Generation AMD EPYC processors to power its latest virtual machine offering. The likes of which, according to AMD, serve to bring customers strong performance and compute power for high-performance memory-bound workloads. In practice, this caters to applications like electronic design automation and computational fluid dynamics. Across the board, AMD seems to be expanding its portfolio while deepening existing partnerships in the tech space. 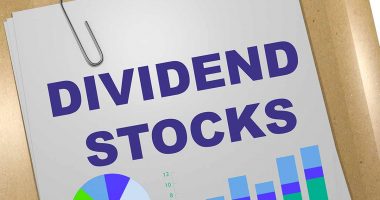 These high yield dividend stocks could be good picks for income generation. 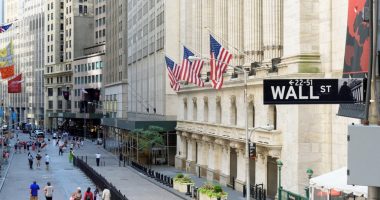 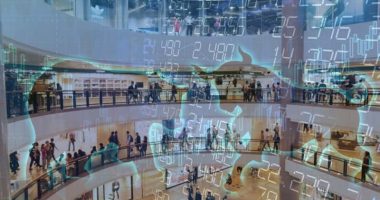 Is now the time to buy the retail sector for your portfolio? 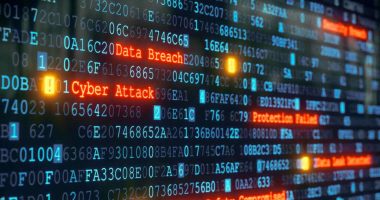 With the digital world on guard, these cybersecurity names are in focus now.