U.S. stock futures are starting the trading week in the red as inflation comes back into focus. Naturally, this would be the case as January’s Consumer Price Index (CPI) figures are due on Thursday. Alongside this is yet another week of major companies reporting their latest quarterly figures. Among them would be Disney (NYSE: DIS) and Uber (NYSE: UBER). As such, investors could be wondering how things might play out this week.

Providing some insight on this front is Chris Pollard, managing director, and head of market strategy at Cowen (NASDAQ: COWN). Pollard says, “It is almost assured that those readings will be historically hot, particularly on a headline basis when we factor in the movements we’ve seen in commodities.” He goes on to note, “But even on a core basis, the pressures that we’re seeing and realizing at the start of this year are pretty elevated.” Nevertheless, even as investors seem to be going on the defensive, there remains plenty of stock market news to consider today. As of 6:32 a.m. ET, the Dow, S&P 500, and Nasdaq futures are trading lower by 0.14%, 0.11%, and 0.06% respectively.

In other news, Peloton Interactive (NASDAQ: PTON), a stock market darling during the pandemic, appears to be a potential acquisition candidate. So much so that investors continue to pile on to the company’s shares ahead of its upcoming earnings call tomorrow. Evidently, PTON stock soared by over 20% during pre-market trading this morning. For those uninitiated, Peloton is, arguably, going through a somewhat rough patch. Following reports of equipment safety concerns alongside supply chain and production hiccups, the company’s shares are down by over 80% from their all-time high back in December 2020. With its market cap hovering around the $10 billion mark, speculation about a potential acquisition by Big Tech players is on the rise.

For the most part, Wedbush analyst Dan Ives is a strong believer in this. Over the weekend, Ives released a research note on this. He argues that Apple (NASDAQ: AAPL) is among the most likely to acquire Peloton as it stands. According to Ives, the consumer tech would be able to make the most of Peloton’s home-exercise portfolio and its subscriber base of about 3 million. Namely, Apple “would be able to leverage the Peloton services and flywheel to significantly bulk up its healthcare initiatives which have been a key strategic linchpin for Cook.”

At the same time, reports suggest that Amazon (NASDAQ: AMZN) and Nike (NYSE: NKE) are also eyeing Peloton. On one hand, Amazon would receive a significant boost in the fitness/health sector. On the other hand, it would not be Nike’s first time considering a bid for Peloton as the firm was looking at Peloton before it went public back in 2019. As such, investors may want to look out for PTON stock in the stock market this week.

Oil prices seem to be see-sawing today. Accordingly, this could be thanks to a mix of seemingly negative and positive factors weighing in on oil demand now. On one hand, there appear to be signs of progress in the current U.S.-Iran nuclear energy talks. In practice, the current deal would boost crude supply by restricting the country’s nuclear weapons development. Should the U.S. lift sanctions on Iran, we could see a boost in oil shipments. Subsequently, this would see global supplies growing further. On the other hand, the bulls appear to be betting on rising consumption as supply chain constraints persist globally.

All in all, Brent crude hit $94 per barrel while U.S. West Texas Intermediate crude fell just below the $92 mark. For Brent, this would mark its highest levels since October 2014. It seems that investors continue to keep a close eye on oil prices amidst ongoing geopolitical developments globally.

Take-Two Interactive Earnings On Tap After The Closing Bell Today

Take-Two Interactive (NASDAQ: TTWO) is set to report its third fiscal quarter financials later today. Notably, this would be just after the company’s latest update on its legendary game series Grand Theft Auto (GTA). In detail, Take-Two provided its first official confirmation that the sixth installment of its flagship gaming series is currently in the works. According to the company, “active development for the next entry in the Grand Theft Auto series is well underway.” In brief, GTA is, safe to say, is Take-Two’s largest gaming series. Despite GTA 6 not having an official release date, analysts already have rough estimates on this front. As it stands, the likes of Benchmark analyst Mike Hickey see the game dropping as soon as April 2023.

Furthermore, Hickey also hit TTWO stock with a Buy rating and a price target of $200 on the current news. Likewise, Jefferies (NYSE: JEF) analyst Andrew Uerkwitz also has a similar rating on the company’s shares with a target price of $231 a share. If that wasn’t enough, Take-Two is also planning to bring its industry-leading GTA 5 game to the latest generation of gaming consoles. As the company remains hard at work adapting and updating its offerings, investors could be watching closely ahead of its earnings report.

Overall, consensus estimates currently point towards an earnings per share of $1.19 on revenue of $868.61 million. Between all this exciting news and Take-Two’s recent $12.7 billion acquisition of Zynga (NASDAQ: ZNGA), investors have plenty to consider.

Notable Earnings To Know In The Stock Market Today

Aside from Take-Two, there are numerous other companies set to host their latest earnings calls today. This appears to be the case across a wide array of companies based in varying industries. In the pre-market hours, we have ON Semiconductor (NASDAQ: ON), Tyson Foods (NYSE: TSN), Hasbro (NASDAQ: HAS), Napco Security (NASDAQ: NSSC), and Energizer (NYSE: ENR) on tap.Alternatively, for those eyeing post-market earnings, there is a sizable spread of firms reporting as well. They are, Chegg (NYSE: CHGG), Credicorp (NYSE: BAP), Amgen (NASDAQ: AMGN), and Tenet Healthcare (NYSE: THC) among others. After considering all of this alongside incoming inflation data, investors will likely be on their toes this week. 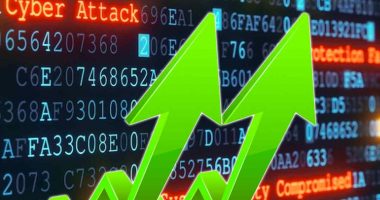 While these cybersecurity names deliver on digital security, are they worth watching amid the Colonial ransomware attack? 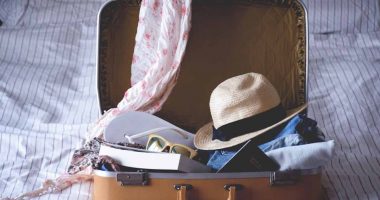 Could leisure stocks be attractive bets amid the ongoing market volatility? 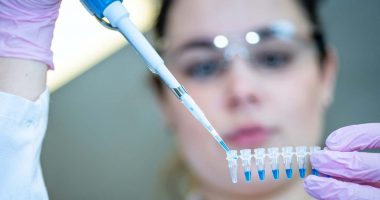 Biotech stocks to note as the coronavirus pandemic rages on across the globe. 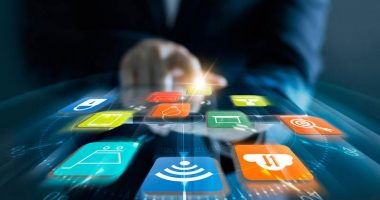