U.S. stock futures are in the red ahead of this week’s opening bell. Overall, this follows yet another batch of mixed data on consumers and the economy. Both of which have and continue to be closely watched areas for investors as concerns over a possible recession persist. In particular, the June jobs report from last week would be a somewhat positive update on all this. Namely, the U.S. economy added 372,000 non-farm jobs while the unemployment rate remained at 3.6%. This would be well above consensus economist estimates of 268,000.

For the week ahead, corporate earnings will likely be a key theme in the stock market as earnings season kicks off. In the latter half of the week, investors will be turning their radars towards big banks such as Morgan Stanley (NYSE: MS) and JPMorgan & Chase (NYSE: JPM). Moreover, other industry titans such as Taiwan Semiconductor Manufacturing (NYSE: TSM) and Delta Airlines (NYSE: DAL) will also be on tap later this week.

Providing an overview of all this is the head of strategy at Fundstrat Global Insights, Mark Newton. He notes, “While I remain a buyer on weakness, it’s hard for me to have faith in this near-term recovery given lack of participation and weak upward breadth thrust thus far. One should remain defensive over the next 2-3 weeks until this churning runs its course.” While you consider all this, here is how the major U.S. stock futures are doing now. As of 5:16 a.m. ET, the Dow, S&P 500, and Nasdaq futures are trading lower by 0.41%, 0.62%, and 0.65% respectively.

Among the major headliners for today would be the latest development in the ongoing saga between Twitter (NYSE: TWTR) and Elon Musk. For the most part, this stems from two major announcements over the weekend. To begin with, the Tesla (NASDAQ: TSLA) CEO, on Friday, revealed that he would be pulling out of his $44 billion deal to acquire Twitter. This, his lawyers state, is due to the social media firm failing to comply with pre-set obligations to the merger agreement. According to Musk’s attorney Mike Ringler, “Twitter has not complied with its contractual obligations.”

Speaking on this in further detail, he writes, “Sometimes Twitter has ignored Mr. Musk’s requests, sometimes it has rejected them for reasons that appear to be unjustified, and sometimes it has claimed to comply while giving Mr. Musk incomplete or unusable information.” On top of all that, Ringler and his team also allege that Twitter’s disclosures of monetizable daily active users are “either false or materially misleading.” With claims such as these, it would appear that Musk’s move to exit the deal would be justifiable. However, Twitter’s team also did respond to this declaration over the weekend.

On the flip side, Twitter appears to be lawyering up. Upon hiring a law firm, Wachtell, Lipton, Rosen, & Katz LLP, it seems that Twitter is planning to sue Musk. According to sources from Bloomberg, the firm could file a lawsuit as early as this week. Commenting on this further is Twitter’s board chairman Bret Taylor. He says that Twitter is focusing on closing the deal and will pursue legal action to do so. Safe to say, all this would likely put TWTR stock in the spotlight at the opening bell today.

Alphabet 20-for-1 Stock Split To Take Place This Week: What To Consider

In other news, tech goliath Alphabet (NASDAQ: GOOGL) will see its 20-for-1 stock split take place later this week. The Google parent company’s stock split is set for Friday. Similar to moves from numerous other major firms ranging from Tesla to Amazon (NASDAQ: AMZN) and Shopify (NYSE: SHOP), this is not too surprising. After all, these well-established companies saw their stock valuations skyrocket throughout the pandemic. By offering splits, they would offer investors more flexibility. Also, it would also make GOOGL stock more accessible to smaller investors in general.

To put things into perspective, the current split would see GOOGL stock price going from about $2,380 to about $119 per share. Adding some perspective on this is Monness Crespi Hardt analyst, Brian White. He begins by acknowledging that Alphabet’s current operating conditions may not be ideal. Between regulatory pressures, volatility in stocks, and current geopolitical happenings, investor concerns would not be unwarranted. However, White does highlight that the firm sees GOOGL stock as a long-term play. He cites current trends in digital advertising, secular growth in the cloud computing market, and Alphabet’s consistent stock repurchases for this. As such, it would not surprise me to see investors eyeing GOOGL stock this week.

Elsewhere, the video streaming titan Netflix (NASDAQ: NFLX) continues to dominate in the watch-time category. Notably, the company’s latest season of its flagship Stranger Things series has and continues to draw viewers in. Throughout its third week since launch, the series has garnered over 4 billion minutes of watch time. To be precise, data from Nielsen’s (NYSE: NLSN) weekly rankings round-up notes that viewers streamed 4.226 billion minutes of Stranger Things throughout the past week. Sure, hit series’ such as these may be main attractions for consumers looking to get their streaming itch scratched. However, concerns over Netflix’s continued decline in subscriber growth remain as the competition continues to grow. As such, this could see more exciting developments from Netflix alongside its main rivals such as Disney (NYSE: DIS), Apple (NASDAQ: AAPL), and Amazon. After considering all this, NFLX stock would likely remain a watch for some.

Chinese tech stocks appear to be coming under fire in the stock market today. On the whole, the current movement in these firms is likely due to notable regulatory news surrounding the sector. In detail, both Alibaba (NYSE: BABA) and Tencent (OTC: TCEHY) were hit with fines from China’s State Administration for Market Regulations. Overall, the key reason for these fines, the government highlights, is for failure to report past deals properly.

Not to mention, there is also a new wave of pandemic lockdowns weighing in on China as well. Even with the recent reduction in general regulatory pressure on Chinese firms, it seems that Chinese tech giants are not in the clear just yet. As a result, shares of major firms in the Chinese tech space would be experiencing turbulence in the stock market now as investors consider their options. 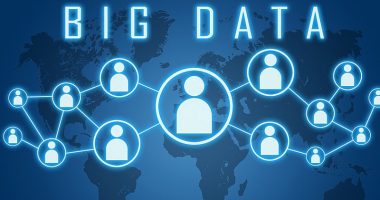 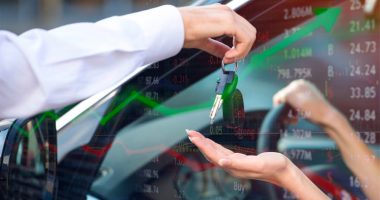 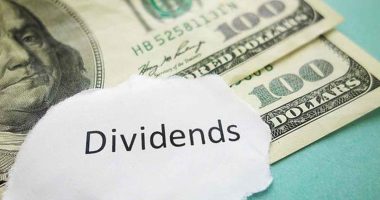 These dividend stocks could be worth noting amid the current stock market volatility. 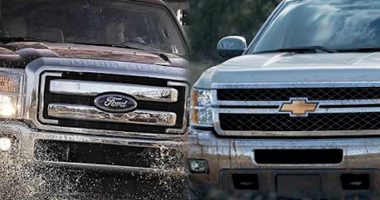