Stock index futures are edging up as investors weigh their options heading into the current earnings season.
Total
6
Shares
Share 4
Tweet 0
Pin it 2

U.S. stock futures are marginally higher in early morning trading on Wednesday this week. Overall, it appears to be a moment of calm before a barrage of data on the economy comes rolling in. Among the major market movers to look out for today would be the June Consumer Price Index (CPI) report. As it stands, with soaring inflation, consensus economists are now expecting headline inflation to rise by 8.8% year-over-year. This would represent its fastest increase since 1981. While all this may further add to concerns of a recession, corporations appear to be gaining momentum.

Namely, beverage industry goliath PepsiCo (NASDAQ: PEP) posted stronger-than-expected results in its latest quarterly earnings yesterday. In brief, the firm topped consensus Wall Street estimates across the board. Even as it continues to handle the inflationary environment, PepsiCo is also raising its revenue outlook for the fiscal year. Pair this with steadying commodity costs and some could argue that the turbulent financial conditions all around could be easing as well.

Speaking on all this in further detail is a senior economist at Oxford Economics, Tamara Vasiljec. She notes, “Now that the commodity prices are falling again and inflation peak looks to be within reach, it is likely that we are seeing the worst of financial conditions tightening.” Vasiljec continues, “If so, conditions worsening is dire but the level is still more in favor of [an] orderly slowdown rather than a recession.” While this may appear optimistic for now, investors have plenty more news to consider in the stock market today as well. As of 5:12 a.m. ET, the Dow, S&P 500, and Nasdaq futures are trading higher by 0.26%, 0.33%, and 0.35% respectively.

Microsoft (NASDAQ: MSFT) appears to be trimming its workforce amidst the current rise in operational costs. According to a CNBC report, the company reduced its workforce by nearly 1%. For a sense of scale, this would add up to approximately 18,100 people. This would not be all too surprising as Microsoft does tend to make such moves as it closes in on a new fiscal year. For one thing, as interest rates continue to rise amidst the current economic conditions, Microsoft would be making a reasonable play here.

Commenting on this is a Microsoft spokesperson. They state, “Today we notified a small number of employees that their roles have been eliminated. This was a result of a strategic realignment.” Furthermore, the spokesperson also highlights that the company is continuing “to invest in certain areas and grow headcount in the year ahead.” All in all, this could serve to help the company come out ahead of its reduced earnings outlook for the current quarter. As such, MSFT stock could be worth keeping an eye on ahead of its upcoming earnings call on July 26, 2022.

In other news, oil prices appear to be finding some respite from turbulent price increases today. For the most part, this could be due to new U.S. inventory data indicating a buildup of crude oil and refined products. Because of this, Brent crude futures are down by 0.7% to $98.81 a barrel. Also, U.S. West Texas Intermediate crude is down to $95.12 a barrel, a 0.8% decline. This would be its lowest value in the past three months. Despite the ongoing energy crisis, it seems like investors are taking things slow when it comes to oil positions now.

Not to mention, even the latest update from the head of the International Energy Agency (IEA) also highlights this. According to the IEA’s executive director Fatih Birol, “the world has never witnessed such a major energy crisis in terms of its depth and its complexity… we might not have seen the worst of it yet.” Simply put, Birol notes that the current strain on global oil supplies will likely persist for 2023. This would especially be further pressured by the incoming winter season in Europe as well. For now, the Organization of the Petroleum Exporting Countries (OPEC’s) oil market forecast is for oil demand growth to overtake the current bump in supplies by 1 million bbl/day in 2023. With all this in mind, oil firms like Chevron (NYSE: CVX) and Occidental (NYSE: OXY) would remain in focus.

Elsewhere, Warner Bros. Discovery (NASDAQ: WBD) is reportedly in talks with Amazon (NASDAQ: AMZN) again. According to a report from Bloomberg, the duo are possibly reigniting talks about a potential streaming content deal. In detail, Bloomberg sources indicate that Amazon is planning to offer WBD’s HBO Max services through Prime. What this means is that Amazon Prime subscribers could possibly be treated to an HBO Max subscription.

On the whole, the report also notes that a deal to resell HBO Max this way could close by this year. However, it is important to note that the deal is still in the negotiating phase. Ideally, should the duo agree, it would remedy a previous falling out between the two in 2021. The likes of which result in the loss of about 5 million subscribers for HBO Max. As such, a possible deal between Amazon and WBD on this front could serve to benefit both firms. By extension, this could put both WBD stock and AMZN stock in the limelight today.

On the airline industry side of things, the ongoing bidding war for ultra-low-cost carrier Spirit (NYSE: SAVE) continues to heat up. Notably, Discovery Capital Management LLC (DCM), a prominent shareholder of Spirit, is speaking out regarding the Frontier (NASDAQ: ULCC) takeover. In brief, DCM is now urging Spirit’s board of directors to drop the merger plans with Frontier.

In doing this, DCM would be the second major shareholder in Spirit to back a sale to JetBlue (NASDAQ: JBLU). The firm writes, “we echo the opinion of ISS that the JetBlue proposal is more favorable, and we implore SAVE management to abandon the Frontier Merger without delay.” For some context, DCM currently has a 1.4% stake in Spirit. In general, this would throw yet another wrench into Spirit’s plans to merge with Frontier. As more of its investors continue to favor JetBlue’s offer, this would be the case. With all this attention on the firm, investors could likely continue to keep an eye on SAVE stock now. 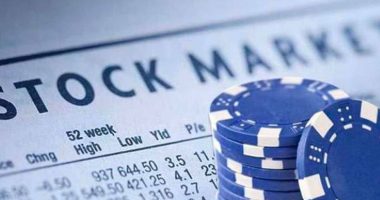 Should investors be watching these blue chip stocks in the stock market today? 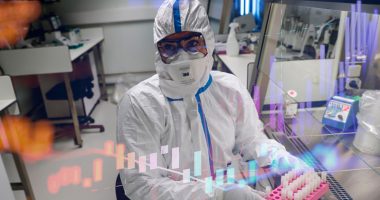 Amid the rough markets, could top biotech stocks be the beacon of hope? 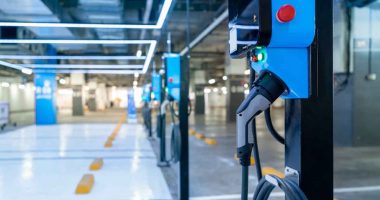 Could these EV charging companies be top picks in the EV space now? 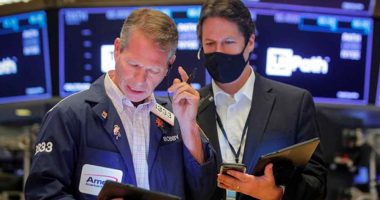 Stock market news worth knowing amid the current volatility in stocks.