Stock index futures are edging lower as investors await a flurry of economic prints due throughout the week.
Total
1
Shares
Share 1
Tweet 0
Pin it 0

U.S. stock futures are slightly in the red as investors take a cautious approach to the current trading week. For the most part, this could be due to several key pieces of economic data being on tap. To begin with, the Labor Department’s monthly update on U.S. employment will likely be the main focus this week. This would especially be the case as the Federal Reserve looks to take a more hawkish approach to its rate-hiking plans. This report is due on Friday and Bloomberg economists are estimating payrolls to rise by 490,000.

Secondly, another key economic indicator to look out for would be the Bureau of Economic Analysis’ monthly core personal consumption expenditures (PCE) deflator. With this being a go-to indicator of inflation for the Fed when discussing monetary policy, investors would also be eyeing it. As it stands, consensus economist estimates point towards a 5.5% rise in the core PCE for February. This would be in comparison to an increase of 5.2% back in January. With all these factors alongside geopolitical conflicts in Europe, there is certainly plenty to consider in the stock market now. As of 5:47 a.m. ET, the Dow futures are rising by 0.09%. Meanwhile, the S&P 500 and Nasdaq futures are trading lower by 0.05%, and 0.29% respectively.

Over the weekend, Apple (NASDAQ: AAPL) made history in the entertainment industry. Namely, the company’s original drama CODA on its Apple TV+ platform is now a Best Picture Oscar winner. This would make it the first piece of streaming content to achieve this feat, outpacing Netflix (NASDAQ: NFLX). Aside from that, CODA also took home awards across all its three nominations during the event. Meanwhile, Netflix’s The Power Of The Dog received 12 nominations and brought home the award for Best Director. With this upset, investors looking to bet on the streaming industry could be taking another look at AAPL stock now.

For one thing, streaming companies winning Hollywood’s top awards is becoming an increasingly prominent trend. From the smash-hit Squid Game to titles such as The Crown, The Queen’s Gambit, and so on, this is apparent. Now, with other streaming firms either stepping up their game or snatching titles, things continue to heat up. Arguably, we could be looking at new levels of quality and prestige coming from the streaming space moving forward. Nonetheless, it is evident that streaming firms are bringing their A-game to the table as they continue to vie for consumer watch time. Whether this translates to gains for the top streaming stocks around now remains to be seen.

In other news, Uber (NYSE: UBER), the ride-hailing goliath, is making headway on the regulatory front in London. In essence, the company now has a 30-month license to operate in the city. The news comes from the Transport for London (TfL) agency. With this win, Uber would be moving past years of back-and-forth with city regulators regarding the ride-hailing app’s safety measures. The likes of which saw its license being revoked twice. Once in 2017 and another time in 2019. Fast forward to today and the company has and continues to further refine its operations in London. This ranges from adding new safety features to getting Britain’s GMB Trade Union to recognize the labor union for its private hire drivers.

Speaking on all this is Jamie Heywood, Uber’s regional general manager for Northern and Eastern Europe. Heywood notes, “TfL rightly holds our industry to the highest regulatory and safety standards and we are pleased to have met their high bar.” More importantly, with this bit of uncertainty out of the way, things could be looking up for Uber. After all, London would be the company’s largest European market and a key at that. As the company continues to face labor shortages and surging fuel prices, it would have one less concern. As such, it would not surprise me to see investors looking towards the likes of UBER stock at today’s opening bell.

National Grid To Sell 60% Of Stake In Gas Transmission Business

Elsewhere, British multinational utilities firm National Grid (NYSE: NGG) is looking to streamline its portfolio. Diving in, the company is planning to sell 60% of its gas transmission business to a consortium. The likes of which include investment firm Macquarie Group. By current estimates, the deal values the unit at about $12.7 billion. In particular, National Grid will be receiving $2.9 billion in cash and $2.6 billion in additional debt financing through this. As for the remaining 40% stake, the company will be handling it via a new holdings company, GasT TopCo. To highlight, National Grid’s gas transmission business is among the largest in the U.K., spanning a 7,000-kilometer piper network.

Providing an overview on this divestment is National Grid CEO, John Pettigrew. He writes, “This transaction further enhances our role in delivering the UK’s energy transition, pivots our portfolio towards electricity, whilst ensuring the security of the energy supply for the country. Alongside our plans to invest up to £35 billion in energy infrastructure over the next five years, the series of transactions announced last March will strengthen our long-term growth prospects, and drive long-term value for shareholders.” With this move in mind, NGG stock could be turning some heads in the stock market today.

Vertex Pharmaceuticals (NASDAQ: VRTX) appears to be gaining momentum on the operational front now. As of 1 April 2022, the company will be receiving reimbursement for the use of TRIKAFTA, its cystic fibrosis (CF) treatment. In detail, this will be on the Australian Pharmaceutical Benefits Scheme for the treatment of CF in patients 12 years and above. The reimbursement particularly covers individuals with at least one “F508del mutation” in their CF transmembrane conductance regulator gene, the most common CF-causing mutation.

Worth mentioning, the current approval is based on the results of Vertex’s four global Phase 3 clinical trials. In which, Vertex also included multiple Australian trial sites and patients. This marks yet another strategic win for the company on this front as Australia joins a growing list of 30 countries reimbursing Vertex for the treatment. Among the other notable countries on this list are, Germany, France, Finland, Italy, Israel, and other countries within the U.K. Overall, with CF being a progressive, devastating, and life-threatening disease, Vertex will likely remain hard at work expanding the program further. 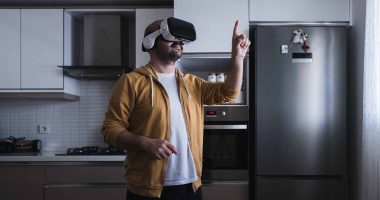 Icelandverse aside, these metaverse stocks continue to grab headlines. 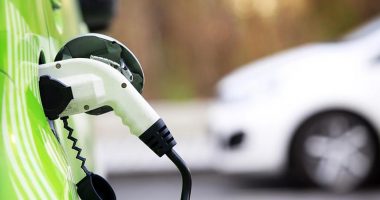 Could these battery stocks give another jolt to your portfolio this week? 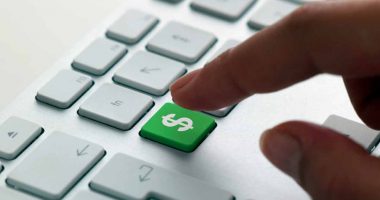 Tech stocks may be volatile at times, but their overall upside potential makes them worth exploring. 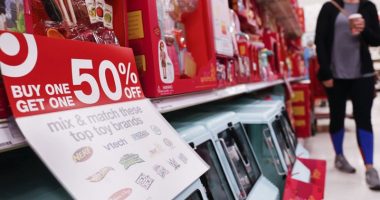 Could these retail stocks flourish from Black Friday sales?