U.S. stock futures are slightly on the decline in early morning trading today. This follows Federal Reserve chair Jerome Powell’s remarks that he expects an upcoming interest rate hike. All in all, the Fed, to the surprise of some, is maintaining its course to take a measured approach to tighten monetary policies. This would be despite the growing conflict between Russia and Ukraine. According to Powell, he is planning to support a quarter-percentage point rate hike at the upcoming Fed March meeting.

Weighing in on this is Chris Zaccarelli, the chief investment officer for Independent Advisor Alliance. He suggests that Powell “expressing that 25 basis points is the likely path of the Fed, that takes away some of the uncertainty. And there was a big debate in the markets about whether it would be 25 basis points or 50 basis points out of the gate.” Zaccarelli continues, “Clearly, [with] the conflict in Ukraine and the sanctions potentially dampening global economic growth, that makes it more likely that the Fed would want to go a little more slowly.” Overall, we continue to see the impacts of the Ukraine-Russia war ripple out across markets. As of 6:23 a.m. ET, the Dow, S&P 500, and Nasdaq futures are trading lower by 0.06%, 0.13%, and 0.28% respectively.

Oil prices are once again a prominent focus in the current news cycle. This is mainly due to the rapid increase in oil prices today. Namely, as the war between Russia and Ukraine intensifies, concerns over global oil supplies continue to rise. This seems to be the case as global sanctions are likely weighing in on Russia’s trade and oil exports. As a result of all this, oil prices are gaining towards nine-year highs now. In particular, Brent crude futures hit a high of $118.22 a barrel, its highest level since February 2013. Moreover, U.S. West Texas Intermediate crude peaked at $114.70 a barrel, a high last seen in 2011.

Commenting on this is Shane Oliver, head of investment strategy at fund manager AMP. Oliver points out that “Russia supplies around 30% of Europe’s gas and oil imports and accounts for around 11% of world oil production.” Because of the current geopolitical environment, he argues that investors could now be worrying about a “stagflationary shock.” Not to mention, the latest update from the Organization of the Petroleum Exporting Countries and allies (OPEC+) seems less-than-ideal as well. In short, the OPEC+ is sticking to its current plans to boost output by 400,000 barrels per day. This would arguably not help the current issues with supply shortages much now. Nevertheless, it would not surprise me to see this trend persisting and oil stocks gaining more attention now.

After yesterday’s closing bell, fashion retailer Victoria’s Secret (NYSE: VSCO), or VSCO for short, posted its latest quarterly figures. The company reported revenues of $2.18 billion, above Wall Street estimates of $2.14 billion. This adds up to a year-over-year increase of 4%, slightly topping its previous guidance range of a flat to 3% gain. Notably, earnings per share came in at $2.70, exceeding estimates of $2.63. Accordingly, VSCO’s net income for the quarter was $333.2 million, a decline from $387.9 million a year ago. However, this figure would be on the higher end of its guidance. The company said its beauty merchandise helped drive sales online as well as in brick-and-mortar stores. Whereas its international business managed to outsize growth compared to its North American operations.

Looking ahead, the company appears to be taking a cautious approach with its guidance. It is currently expecting revenue of between $1.43 billion to $1.5 billion and earnings of between $0.70 to $0.95 for the quarter. These two metrics would fall short of current forecasts of $1.52 billion and $1.32 respectively. For the most part, VSCO says this is largely due to the rising inflation and the possibility of growing global unrest. Sure, it may be looking at short-to-mid-term headwinds. However, VSCO is expecting operating income growth to pick up in the latter half of 2022, quoting the third quarter as a potential “inflection point.” Whether or not VSCO stock can benefit from this in the long term remains to be seen.

[Read More] What Stocks To Buy Today? 5 Entertainment Stocks To Check Out

Elsewhere, we have tech company Pure Storage (NYSE: PSTG) which also reported earnings after yesterday’s market close. Jumping in, the company delivered record revenues of $708.6 million, up by a significant 41% year-over-year. Additionally, it also reported adjusted earnings of $0.36 against the $0.26 analysts were expecting. Pure Storage CEO Charles Giancarlo attributes this to Pure Storage’s strategy of delivering an innovative portfolio of data storage and services. Other than that, Pure Storage also seems to have made a few notable strides in the past fiscal year.

For instance, its subscription service is gaining momentum, with revenues growing by 37% last year. Along with that, the company also unveiled two new service offerings, Pure Fusion, and Portworx Data Services, which will be available this quarter. Accordingly, this will allow Pure Storage to offer its customers a wider range of services and strengthen its customer base. Apart from this, the data company also provided its guidance for the year. Specifically, it expects to bring in approximately $2.6 billion in revenue for the year, which is an estimated year-over-year growth of about 20%. In closing, CFO Kevan Krysler had this to say, “The momentum we are experiencing is the year’s culmination of relentless focus on innovating for our customers.” With all this in mind, PSTG stock could be worth noting for some now.

Regarding today’s upcoming earnings, the likes of Marvell (NASDAQ: MRVL) and Broadcom (NASDAQ: AVGO) could be worth noting today. These two semiconductor industry players are set to report their latest quarterly financials after today’s closing bell. Amidst the persistent worldwide semiconductor shortage, companies such as Marvell and Broadcom could be worth watching during this earnings season.

For Marvell, Wall Street is currently forecasting earnings of $0.48 per share on revenue of $1.32 billion for the quarter. Should this be the case it would add up to year-over-year gains of over 65% for both metrics. Overall, it seems that analysts are expecting another good quarter for the company. In fact, analysts over at JPMorgan (NYSE: JPM) recently reiterated an Overweight rating on MRVL stock. The firm believes that the company’s upcoming quarterly figures and guidance will top estimates. Similarly, Goldman Sachs (NYSE: GS) recently highlighted the company’s shares as one of its “top semiconductor stocks for 2022.” This is after citing “strong organic growth,” as a core growth driver for Marvell. With all these positive opinions on the firm, MRVL stock could be in focus later today.

Secondly, Broadcom is also receiving similar attention from Wall Street as well. As it stands, consensus forecasts point towards earnings of $8.13 per share alongside revenue of $7.61 billion for the quarter. Likewise, analysts across the board appear to be bullish on AVGO stock’s growth prospects as well. For starters, KeyBanc (NYSE: KEY) recently boosted its price target from $575 to $710 a share. Following that, Piper Sandler (NYSE: PIPR) notes that Broadcom continues to see “strong hyperscale demand,” while its enterprise markets recover. As such, AVGO stock could also turn some heads post-earnings. 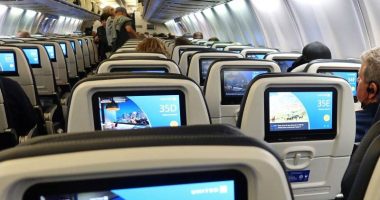 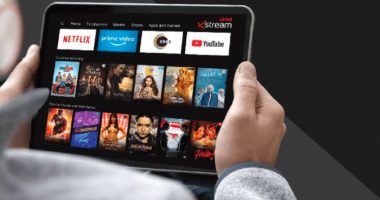 These digital entertainment frontrunners continue to make waves in the industry. 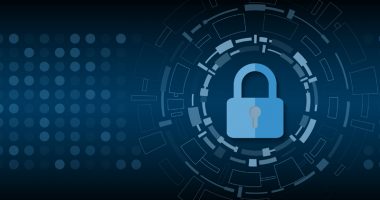 What are the top cybersecurity players up to in the wake of the SolarWinds hack earlier this month?