U.S. stock futures are moving lower in early morning trading on Wednesday this week. In the larger scheme of things, the current mid-week movement we are seeing comes at an interesting time for markets. Namely, investors received generally positive news regarding the economy and the central bank’s plans for inflation. On one hand, U.S. retail sales grew at an annualized rate of 0.9% in April, indicating that consumer spending remains elevated despite inflation.

On the other hand, Federal Reserve chairman Jerome Powell also noted that the Fed is staying the course with its plans to raise short-term interest rates to reel in inflation. In Powell’s words, “There could be some pain involved in restoring price stability, but we think we can sustain a strong labor market.” With the most recent unemployment rate print at a low of 3.6%, Powell’s statements would be reassuring to some.

Meanwhile, LPL Financial’s (NASDAQ: LPLA) chief market strategist, Ryan Detrick also weighed in on this. He starts by saying, “I don’t think he said anything that caught us off guard … but let’s not forget where we are.” Detrick then goes on to point out that the S&P 500 has been recording losses for the past six consecutive weeks. He continues, “Things aren’t perfect, but we just think so much of the negativity that is priced in … it’s just a little overboard for us, and we think this could very well be an opportunity for some of the longer-term investors here.” While considering all that, here’s how the major stock index futures are doing today. As of 5:37 a.m. ET, the Dow, S&P 500, and Nasdaq futures are trading lower by 0.17%, 0.31%, and 0.56% respectively.

Plug Power (NASDAQ: PLUG) is on the receiving end of some positive news now. Evidently, the company’s shares continue to gain following news of its latest contract win. In detail, Plug Power was awarded an order to deliver a 1 gigawatt (GW) electrolyzer to H2 Energy Europe. For some context, H2 Energy Europe is a Switzerland-based renewable energy firm focusing on hydrogen-related tech. The electrolyzer is a crucial component in H2’s upcoming green hydrogen production complex in Denmark. In fact, should things go smoothly, this would mark the largest capacity electrolyzer installation in the world to date. As such, PLUG stock would be in focus following this upbeat development.

Plug Power notes that its electrolyzer will facilitate the production of up to 100,000 metric tons of green hydrogen annually. The likes of which will serve the energy and transportation sector in northern Europe. Additionally, Plug Power states that this fuel adds up to the equivalent of about 15,000 heavy-duty vehicles per day. Through a combination of Plug Power’s tech and H2’s engineering prowess, this would be a notable team-up. According to Plug Power, this is “a major step towards reducing carbon emissions in the transportation sector for key countries in northern Europe while building energy security.” After considering Plug Power’s role in all this, investors could be eyeing PLUG stock now.

Meanwhile, Saudi Arabia’s sovereign wealth fund seems to be buying into the current weakness in tech stocks. For the most part, this information comes from the release of a 13F filing detailing the fund’s latest purchases during the first quarter of 2022. For starters, the Public Investment Fund (PIF) took new positions in Meta Platforms (NASDAQ: FB) and Sea Limited (NYSE: SE). To be precise, the PIF bought 418,000 shares in Meta and 239,000 shares in Sea.

Moreover, the fund also upped its position in several major names in the tech space recently as well. This includes doubling its stake in Take-Two Interactive (NASDAQ: TTWO) from 5.64 million shares to 11.4 million shares. Also, the PIF increased its holdings in Alibaba (NYSE: BABA) and PayPal (NASDAQ: PYPL) by 48.6% and 34.4% respectively. On the flip side, the fund also reduced its position in Walmart (NYSE: WMT) by 52.3% to about 790,000 shares. Overall, it seems like the PIF is bullish on the broader tech sector despite the current volatility.

In other hydrogen energy-related news, Toyota (NYSE: TM) is making plays in the European market now. Primarily, the company’s Toyota Motor Europe arm is teaming up with CaetonaBus and Air Liquide. Through the current memorandum of understanding (MoU), the trio are working to develop integrated hydrogen solutions. According to Toyota, this includes infrastructure development and vehicle fleets focusing on hydrogen mobility projects.

For now, Toyota states that the MoU will begin by developing, “buses, light commercial vehicles, and cars, with a further aim to accelerate the heavy-duty truck segment.” All in all, this could be a strategic play by Toyota as it hones in on emerging markets in the hydrogen mobility market. For one thing, it would serve to expand the company’s existing hydrogen fuel cell vehicle portfolio. Its Mirai hydrogen fuel cell-powered sedan already boasts tech that emits “nothing but water from the tailpipe.” For investors looking to bet on this upcoming space in the renewable energy sector, TM stock could, in theory, be a viable option.

Stock Market Earnings To Look Out For Today

For earnings today, the retail industry remains front and center. This is mostly apparent in today’s lineup of pre-market hours earnings. The likes of Target (NYSE: TGT), Lowe’s (NYSE: LOW), and TJX (NYSE: TJX) will be reporting their latest quarterly financials then. Alongside them, firms like ZIM Integrated Shipping (NYSE: ZIM), Analog Devices (NASDAQ: ADI), and Dynatrace (NYSE: DT) are also on tap.

Alternatively, after the closing bell, we have a rather diverse mix of firms hosting their earnings calls. This ranges from tech names like Cisco Systems (NASDAQ: CSCO) and Synopsys (NASDAQ: SNPS) to mining firms like Sociedad Quimica (NYSE: SQM). Not to mention, Bath & Body Works (NYSE: BBWI) is also releasing its latest financials at that time. With all these developments to keep up with, it looks like another busy day in the stock market for investors. 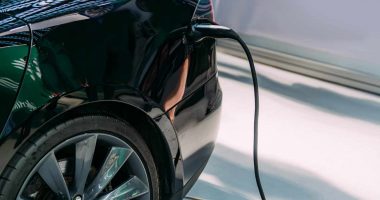 Could these EV players be top picks amidst the current weakness in EV stocks? 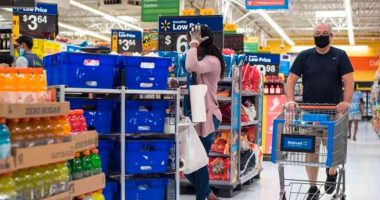 Could these cyclical stocks rise thanks to last week’s Labor Department jobs report? 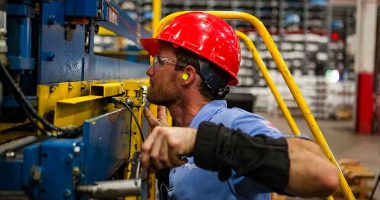 Could industrial stocks grow as the economy recovers this year? 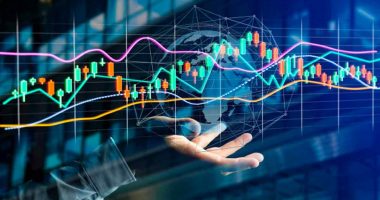 While a lot of the attention has been on reopening plays, financial stocks are also making moves.