U.S stock futures are trading down yet again today. This could come as a surprise to some seeing as investors received a flurry of positive signs regarding the economy. For the most part, this is apparent from the latest quarterly GDP estimates and weekly jobless claims figures. To begin with, the U.S. economy reportedly grew by a 6.9% annualized pace. This would be well above consensus estimates of 5.5%. Following that, initial jobless claims for the previous week were 260,000, slightly better than the 265,000 expected.

Weighing in on the current situation in the stock market is Morgan Stanley (NYSE: MS) Managing Director Kathy Entwistle. She argues that “Everything the Fed is doing at this point we think has just been priced in over the last few weeks. And that’s where a lot of the slide in the market has come from.” Entwistle continues, “We’re looking at companies and their earnings … to determine whether or not we’re going to have a little bit more of a pullback in the market or not.”

On the acquisitions front, chipmaker AMD (NASDAQ: AMD) received some positive news yesterday. According to the company, China’s market regulator is now providing conditional approval for its acquisition of Xilinx (NASDAQ: XLNX). In doing so, it would bring the $35 billion deal between semiconductor giants one step closer to the finish line. Subsequently, U.S. regulatory approval would be the final hurdle for the deal to overcome. Regarding the current approval, China’s State Administration for Market Regulation conditions are as follows.

In essence, the duo can not force tie-in sales of products or discriminate against customers buying particular sets of products among them. On top of that, the regulator also adds that the new entity must uphold “the flexibility and programmability of Xilinx FPGAs” and “that their development methods are compatible with ARM-based processors.” In the larger scheme of things, this could put AMD at an advantage against its industry peers. This is apparent with rivals such as Nvidia (NASDAQ: NVDA) and Applied Materials (NASDAQ: AMAT) scrapping major acquisition plans. Moreover, some would argue that with semiconductor firms ramping up operations amidst shortages, this is a timely win for AMD. If anything, most would be eager to see how the current news will impact AMD stock now.

Apple (NASDAQ: AAPL) is once again in the limelight thanks to its latest quarterly earnings report. In it, the consumer tech goliath posted stellar figures. Namely, it reported a record quarterly revenue of $123.9 billion, marking a solid 11% year-over-year increase. For comparison, this is versus estimates of $118.66 billion. Furthermore, Apple raked in an earnings per share of $2.10, topping forecasts of $1.89. This translates to a 25% year-over-year bump. If all that wasn’t enough, the company also beat estimates for iPhone revenue by over $3 billion, totaling $71.63 billion for the quarter. Overall, Apple is coming out the gate strong from its latest holiday season. This is apparent as demand for its portfolio of consumer electronics persists with most segments reporting year-over-year increases.

Commenting on this quarter’s performance is CFO Luca Maestri. Maestri notes that “strong customer response” towards Apple’s latest products remains a key growth driver for the company even now. In an interview with CNBC, CEO Tim Cook notes that Apple is expecting “solid year-over-year revenue growth,” in the current quarter. Additionally, he also says that Apple expects the current supply chain issues to lessen from the December quarter. It seems like Apple is confident about its performance moving forward. Because of all this, I could see investors considering AAPL stock in the stock market today.

In other earnings-related news, Visa (NYSE: V) is also in focus after reporting record figures as well. Diving in, the company posted earnings of $1.81 on revenue of $7.06 billion for the quarter. To put things into perspective, this is against expectations of $1.70 and $6.79 billion respectively. Not to mention, this is the first time Visa’s quarterly net revenue passed the $7 billion mark. Looking into the details, the company’s revenue and net income are up by a respectable 24% and 27% year-over-year. As a result of all this, V stock is gaining by over 4% in the pre-market trading today.

All in all, CEO Alfred Kelly highlights four main factors contributing to Visa’s current success. They are its network strength, growth in e-commerce, the return of cross-border travel, and the continuing recovery of the economy. In the long run, Kelly had this to say, “As we look ahead, we do not believe the current surge in the pandemic will curtail the recovery. We see economies around the world continuing to improve and, as restrictions are lifted, cross-border travel will continue to recover. We remain confident that we are well-positioned, via our multi-pronged growth strategy, to deliver strong results well into the future.” With all this in mind, it would not surprise me to see V stock taking center stage in the stock market now.

Elsewhere, Alphabet (NASDAQ: GOOGL) subsidiary Google appears to be eyeing the world of blockchain tech. In particular, its cloud computing division, Google Cloud, is now hiring blockchain experts. The likes of which will form a group to build blockchain applications. Ideally, this would provide Google with yet another means of generating revenue beyond its core advertising and tech offerings. If anything, the company would have a chance to flex its computing expertise on this front. All of this info comes from Richard Widmann, head of strategy for digital assets at Google Cloud. Moving forward, Google Cloud’s new division will likely aim to create a decentralized experience, catering to blockchain enthusiasts.

Notably, Widmann explains that the company is looking into what types of services it can offer blockchain developers. He notes that there are things to do to help “reduce frictions some customers have with respect to paying for centralized cloud utilizing cryptocurrencies.” For one thing, Google would be joining its peers in this current venture. Evidently, both Amazon (NASDAQ: AMZN) and Microsoft (NASDAQ: MSFT) already have blockchain-related services on their cloud computing platforms. With another major name in Big Tech looking into blockchain tech, the sector as a whole could be worth considering. Are these the best renewable energy stocks to buy under a Biden/Harris administration? As positive economic growth figures are weighed up against coronavirus fears, these cyclical stocks could be in the spotlight. 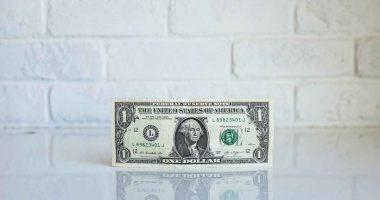 Check out these dividend-paying defensive stocks making waves in the stock market today. The software industry boomed throughout the pandemic. How have these companies fared?