Top Stocks To Buy Now? 4 Semiconductor Stocks For Your List

4 Semiconductor Stocks For Your Watchlist This Week

Whether we like it or not, semiconductor stocks have been struggling to build momentum in the stock market this year. Now, this does not mean that there is no light at the end of the tunnel. After all, the world is still heavily reliant on semiconductors. Put simply, semiconductor chips are essentially the brains of most computing devices. These are used in thousands of products, including cell phones, gaming consoles, automotive vehicles, and even medical devices. Therefore, it is more likely than not that the sector will recover one day. Thus, investors may still want to keep a close tab on the industry for a potential rebound.

After all, the lack of positive sentiment is not stopping semiconductor companies from making advancements. For example, GlobalFoundries (NASDAQ: GFS) and STMicroelectronics (NYSE: STM) announced plans to build a semiconductor factory in France during the fifth edition of President Emmanuel Macron’s “Choose France” summit. The investment is reportedly worth nearly $4 billion and would help support a push from the European Commission to produce 20% of the world’s microchips in Europe by 2030. With all said and done, this goes to show that there is still a need to fill the gaps in demand for semiconductor chips today. Hence, here are four of the top semiconductor stocks to watch in the stock market today.

Semiconductor Stocks To Watch This Week

When making a list of the top semiconductor stocks in the stock market today, Taiwan Semiconductor Manufacturing (TSM)would often comes to mind. In brief, its primary business involves the manufacturing and sale of integrated circuits and semiconductor products. Its products are used in personal computers and peripheral products, information applications, wired and wireless communication systems, and many more. In June, the company announced that it will begin volume production of 2-nanometer chips by 2025. These groundbreaking chips will feature a new technology called “nanosheet transistor architecture” for better power efficiency and performance.

Last week, all eyes were on Taiwan Semiconductor, and the company did not disappoint. Following encouraging quarterly guidance from Samsung, TSM reported its monthly sales for June to close out its second quarter. Revenue for the quarter added up to $17.9 billion, above analysts’ estimate of $17.53 billion. This suggests that demand for electronics remains high and is holding up better than initially feared. Given these exciting developments, would you consider adding TSM stock to the top of your watchlist?

Silicon Laboratories is a company that provides secure, intelligent wireless technology. It operates in mixed-signal analog intensive product segments. Its Internet of Things (IoT) platform helps customers quickly create secure, intelligent connected devices. The company also provides analog-intensive, mixed-signal solutions. These cater to a range of electronic products in a range of applications for the IoT, including connected home and security, industrial automation and control, smart metering, smart lighting, consumer electronics, and even medical instrumentation. As such, it would not be surprising if investors are often on the lookout for SLAB stock.

Furthermore, Silicon Laboratories announced in June its new Bluetooth Location Services solution. This new solution leverages accurate, low-power Bluetooth devices to simplify Angle of Arrival and Angle of Departure location services. Therefore, the new platform can deliver industry-leading energy efficiency by using its BG22 SiP modules and SoCs. Additionally, it can operate for up to ten years on only a coin cell battery. Borda Technology, an IoT provider for health care, will be among the first companies to adopt the new platform. It will leverage the new solution to track equipment in hospitals for more efficient patient care. All in all, Silicon Laboratories appears to be trending in the right direction. So, would you consider SLAB stock as a viable long-term investment?

Following that, we have Magnachip, a designer and manufacturer of analog and mixed-signal semiconductor platform solutions. For the most part, its products cater to IoT applications, communication solutions, consumer, industrial, and automotive applications. Last week, MX stock gained traction among investors to close the week, rising nearly 10% on Friday. Reports were suggesting that potential bidder LX Group from South Korea will submit a formal acquisition proposal by this coming Friday. This comes as LX Group has finally finished its due diligence on Magnachip, according to a report in South Korea’s The Bell.

On top of that, Magnachip also unveiled a new 650V insulated-gate bipolar transistor (IGBT) for solar inverters last month. The new 650V IGBT will be built with advanced “field stop trench technology” for fast switching speed and high breakdown voltages. Also, it has been improved by 30% compared to the prior generation by adopting the latest technology. The parallel switching of this IGBT will increase the load current and thus the maximum output power. With renewable energy growing in popularity, Omdia, a global market research firm, estimates that the global market for IGBT will grow 15% annually from 2022 to 2025. If true, this could signal a bright future ahead for Magnachip. Considering all these factors, would you bank on the future of MX stock?

Last but not least, we will be looking at the Dutch semiconductor company, NXP. For those unaware, the company provides high-performance mixed-signal and standard product solutions. Its product solutions are generally used in a range of end-market applications, including automotive, personal security, mobile communications, multi-market industrials, consumer, and computing. As a matter of fact, the company owns over 9,500 patent families and is the co-inventor of near-field communication (NFC). For a sense of scale, the company hires approximately 31,000 employees in more than 30 countries. Similar to many semiconductor stocks, NXP stock has been under pressure for most of this year.

However, NXP is not staying idle and is constantly seeking improvements. Earlier this month, the company announced that a specialized security algorithm co-authored by NXP security experts has been selected by the U.S. Government’s National Institute of Standards and Technology to become part of an industry global standard designed to counter quantum threats. Moreover, a second algorithm co-authored by NXP will also advance to the fourth and final round for further analysis and consideration for standardization. The company will be offering its deep knowledge in security to fortify its products for a post-quantum future. All things considered, could NXP stock be a top semiconductor stock to watch? 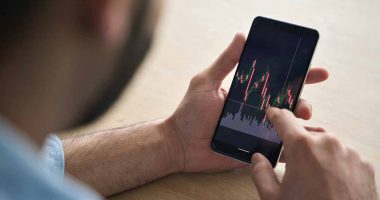 Here is a brief guide on how to start investing in stocks right now. 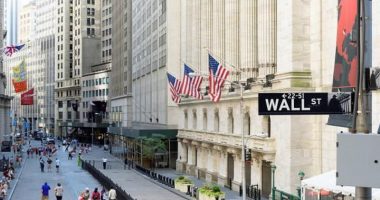 Fears for the U.S. economic recovery send chills throughout market. 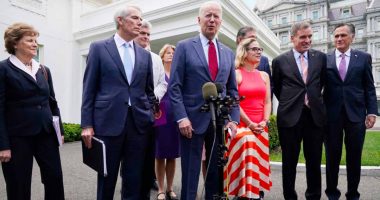 President Biden celebrates the signing of the $1 Trillion Infrastructure Bill