Looking For Stocks To Buy Amid The Recent Surge In Bitcoin Prices? 3 Names To Know

Bitcoin and blockchain stocks are on a tear right in the stock market today. The cryptocurrency just hit $18,000, a level it hasn’t seen in nearly 3 years. You could say it is bringing flashbacks of its monstrous rally back in 2017. The climb in bitcoin prices boils down to a few factors. The participation of institutional investors and large fintech corporations such as Fidelity Investments and PayPal Holdings (PYPL Stock Report) respectively are signs of strong demand from the traditional space. Many market participants, crypto enthusiasts or otherwise, have described bitcoin as having characteristics of a safe haven like gold stocks. Investors often flock to these investments in times of social and economic turbulence.

Bitcoin & Blockchain Stocks Is Now A Hot Sector To Watch

Since the coronavirus pandemic, there has been massive quantitative easing globally to stimulate the economy. While governments could get this easy money out spur demand in consumer activities, there could be some side effects from the heavy printing of money. The coronavirus pandemic has undoubtedly put some pressure on the value of the US dollar. On top of that, a dovish monetary policy stance has also enhanced the appeal of Bitcoin among investors. Some also believe that Bitcoin could hedge against inflation and act as a store of value.

More importantly, unlike the US dollar or any other conventional currency, the number of bitcoin circulated in the network is actually finite. For starters, bitcoins are generated by a competitive and decentralized system called ‘mining’. One example of a company that participates in bitcoin mining is Riot Blockchain (RIOT Stock Report). The company saw its stock price skyrocketing in recent days. In addition to mining, the company also invests in payment and accounting solutions based on blockchain.

You could arguably say that bitcoin is a ‘commodity’ like gold. While it’s great for existing investors to see their commodities rise in prices, there’s really not much ‘utility’ in owning these. That’s because most investors have no intention of using bitcoin to make purchases because of its high volatility. Considering all these reasons, chasing the high price tag of bitcoin need not be the game. For a start, we can look for the best stocks to buy amid surging bitcoin prices. Could the following be worth adding to your portfolio?

Recall that bitcoins were mined (minted) through solving a computational problem that allows them to chain together blocks of transactions. The role of miners is to secure the network and to process every Bitcoin transaction. But what does it have to do with Nvidia (NVDA Stock Report) you ask? The company has been producing one of the best Graphic Processing Units (GPUs) used widely in the gaming industry. What many people may not be aware of, however, is that GPUs are also a key component used in bitcoin mining. And GPUs are well equipped to handle large mathematical computations compared to traditional processors.

The pandemic has brought economic implications with it. Those who lost their jobs or saw lower business profits might find bitcoin mining to be a source of side income. According to CoinTelegraph, Nvidia GeForce RTX 2080 Ti can achieve the highest income in mining currently. Meanwhile, Nvidia GeForce GTX 1660 Super cards are a popular choice for a faster payoff.

Instead of going through the hassles of a hardware installation, cloud mining is another way to mine cryptocurrencies like Bitcoin. The thing is, there is still a need for processing units somewhere. This will continue to benefit Nvidia. Of course, GPUs are more often associated with gaming than with crypto mining. But with the Bitcoin boom, there could be additional demand for Nvidia’s hardware. With all these in mind, is NVDA stock on your watchlist this week?

You could say that Overstock.com (OSTK Stock Report) is one of those under the radar tech stocks in the market. The shares of Overstock.com have surged 11.43% higher during Tuesday’s intraday trading. Unless you are in the blockchain industry, you would probably still think that Overstock.com is just an online retailer. While the retail segment isn’t the key driver in this year’s stock surge, it’s tZero initiative has taken a more significant role for the company this year. And that has made Overstock.com more of a cryptocurrency stock than before.

“After a record-setting second quarter, we maintained our momentum, continued to outperform expectations, and grew faster than competitors in the third quarter,” said Overstock CEO Jonathan Johnson. “Our quarterly gross sales in our Retail business doubled year over year once again and new customers grew 141%. These new customers are making repeat purchases at an increasing rate. Heading into the fourth quarter, I am as confident as ever in our Retail business maintaining sustainable, profitable market share growth.”

This year, OSTK stock went up by over 1,000%, before a correction recently. Many investors remain keen on the growth of the company’s blockchain and crypto venture. As exciting as Overstock.com’s involvement in the blockchain space may be, investors should also note that they are still not the company’s core business. Some analysts believe that the recent increase in bitcoin prices could suggest that a massive bull run is in the making. As investors and crypto enthusiasts look forward to the price of a bitcoin breaking past the $20,000 levels once again, is now the time to buy OSTK stock?

Square’s (SQ Stock Report) $50 million investment in bitcoin paid off so well that it is already paying dividends. The company has already raked in $34 million in paper profits as bitcoin surges to all-time highs. The fintech company bought 4,709 bitcoins in a single day last month. You could say that the recent increase in SQ stock has to do with the virtual asset. The company has also received positive commentary from Mizuho Securities. In addition, it has launched Square KDS, a kitchen display software for restaurants to organize orders from multiple channels.

Also, the company brought in $306 million in revenue from selling bitcoin in the Cash App. Square was not shy about its belief in the future of the cryptocurrency. The company said that it believes “now is the right time for us to expand our largely USD-denominated balance sheet and make a meaningful investment in bitcoin. We view bitcoin as an instrument of global economic empowerment.”

No doubt, the coronavirus crisis has accelerated contactless payments. And in the case of Square, its Cash App has fueled considerable growth. Considering that Cash App’s monthly active users have been growing aggressively and the bullish momentum from bitcoin, would you buy SQ stock today after another strong quarter? 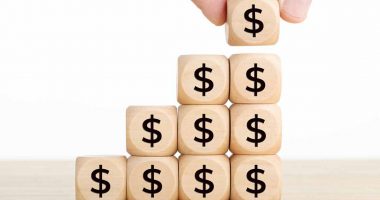 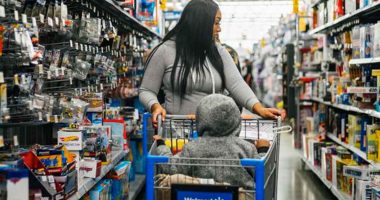 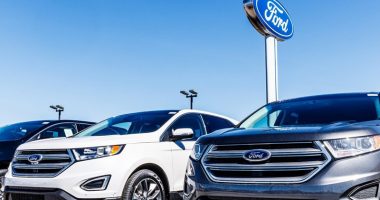 Major breakouts are not exclusive to biotech stocks, automotive stocks are joining the game too. 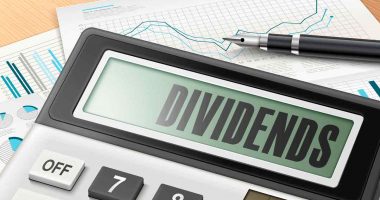 Could these dividend stocks be worth watching amidst this week’s stellar earnings?