As our lives continue to evolve with technology, could tech stocks still be a good investment?
Total
1
Shares
Share 1
Tweet 0
Pin it 0

Top Tech Stocks To Watch In The Stock Market Now

We live in the golden age of unprecedented technological change. Smart investors who invested in tech stocks have seen significant gains in the stock market over the past few years. Following the dip since February 2021, you could say that investing in tech stocks in 2021 has not been as smooth sailing as 2020. Since then, it appears that there may be signs of recovery in the industry. The tech sector has been attracting attention again, with segments like augmented reality, virtual reality, cashless payments, and autonomous vehicles making waves. It would be foolish to assume that our future would not revolve around technology.

Take Microsoft Corporation (NASDAQ: MSFT) for example. In late March, the company won a ten-year contract worth close to $22 billion, to provide 120,000 military-grade augmented reality (AR) headsets to the U.S. Army. AR technology is fundamentally about superimposing digital images over real-world environments. It will use Microsoft’s HoloLens headset technology as its base hardware. Not only that, even Snap Inc (NYSE: SNAP) is developing a new AR-enabled version of its Spectacles smart glasses. This way, even regular consumers could enjoy the effects of augmented reality. So now that we have established how technology would define our future, let’s take a look at the top tech stocks to watch before May 2021.

First up, we have digital music streaming giant Spotify. The company allows users to discover new releases, composing their own playlists and playlists put together by other music fans. Users could either use Spotify Free or Spotify Premium. As the name suggests, the premium version is the paid version which includes features such as unlimited skips, listen offline, and advertisement free. So, if you’re a music enthusiast, you would likely come across the app. SPOT stock has risen by over 60% over the past year.

On Wednesday, the company released its Q1 earnings report. The company saw revenue growth of 16% to $2.59 billion. This is fueled by an increase of 46% in ad sales as podcast listening hit a high. Furthermore, monthly active users grew by 24% to 356 million. Meanwhile, premium subscribers increased by 21%.

The company also launched a paid subscription platform for podcasters in the U.S. on Tuesday. This came a week after Apple Inc (NASDAQ: AAPL) unveiled a similar service. Spotify said it won’t take a commission from podcast creators’ subscriber revenue for the next two years. This is in hope that it would lure more podcasters and users to its streaming platform. With that in mind, would you buy SPOT stock now?

Next on the list, we have Shopify. For those unfamiliar, the company provides a cloud-based platform for small and medium-sized businesses to operate their digital storefronts. The Shopify platform provides merchants with a single view of their business and customers across all of their sales channels. Hence allowing better management of their products and inventory, building customer relationships, and reporting all from one integrated back office. Shopify is another company that has benefited greatly from a business standpoint during the pandemic. With conventional brick-and-mortar stores being affected negatively due to obvious reasons, this comes as an opportunity for online businesses. The company stock has doubled in value over the past year.

In its Q1 earnings report on Wednesday, Shopify showed revenue growth up 110% year-over-year. Also, net income was $1.26 billion, up from the $31.4 million net loss it reported for the same period last year. It appears that consumer preference may have shifted permanently even as economies reopen.

Therefore, this appears to have piqued the interest of many investors as SHOP stock rose by 11.4% to $1,288.80 upon Wednesday’s closing bell. So, do you believe e-commerce is here to stay? If so, would you consider adding SHOP stock to your portfolio?

NCR Corporation is a software and services-led enterprise provider in many industries. The company offers a range of solutions, including software, advisory and consulting services, hardware, support, and managed services. It also resells third-party networking products and provides related service offerings in the telecommunications and technology sectors. On Tuesday, the company reported its financial report for the three months ended March 31, 2021. The company’s revenues increased by 3% to $1.54 billion. Also, net income rose 53% to $26 million. The first-quarter results represent a good start of the year with increased momentum in its shift to NCR-as-a-Service. NCR stock is yet another one that has doubled in value year-over-year.

On the same day, the company announced a global partnership with Google Cloud. As per the agreement, NCR will expand the cloud availability of its digital banking software portfolio. This includes NCR Channel Services for retail banking as well as its card and payments processing platform NCR Authentic. This partnership will help accelerate the digital transformation of financial services organizations.

Moreover, financial institutions will also benefit from NCR’s depth of banking industry experience along with the secure cloud platform provided by Google Cloud. Given the impressive performance overall, would you consider buying NCR stock?

To conclude the list, we have tech titan Amazon that needs no introduction. The company is not just another e-commerce company where you make purchases online. For the previous fiscal year ended December 31, the company saw revenues rise by 38%. Meanwhile, net income increased by 84%. With the company scheduled to release its Q1 earnings report later today, investors would be excited to see if the company could keep up its impressive performance.

Furthermore, Amazon announced on Wednesday that it plans to give more than 500,00 of its workers a raise. The pay rise is part of its plan to attract and hire more workers. The company has needed more workers to get orders to shoppers during the pandemic as Americans increasingly shop online. In fact, the company hired 500,000 people in 2020 alone, bringing its total workforce to nearly 1.3 million people worldwide. Hence, this suggests that the company is in good shape and is growing despite the economies reopening. All things considered, would you invest in AMZN stock? 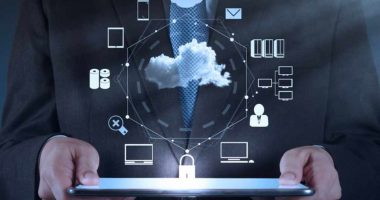 As the tech world weathers the current effects of the pandemic, cloud stocks could emerge stronger than before. 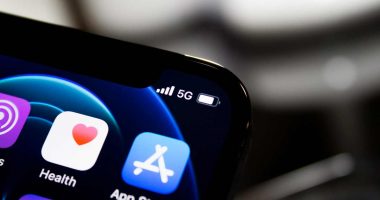 As the 5G era kicks into high gear, could these 5G stocks be well-positioned to benefit?

These semiconductor stocks could be viable additions to your watchlist right now. 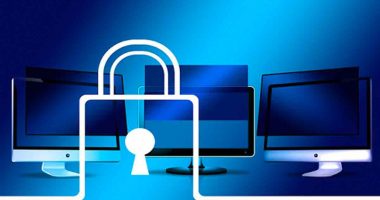 With cybercrimes on the rise, could these cybersecurity names be worth watching now?