Top Transportation Stocks To Buy In November 2020? 3 Names To Watch

With the COVID-19 vaccine in sight, could these transportation stocks jumpstart the economy?
Total
6
Shares
Share 4
Tweet 0
Pin it 2

Could These Transportation Stocks Be Poised For Growth After Pfizer’s Vaccine Success?

The good news is that the transportation industry is now picking up momentum. With the U.S Presidential Elections concluding with Joe Biden as the president-elect, the country could be set for recovery. Joe Biden has announced his COVID-19 advisers and task force this week to develop his administration’s response to the pandemic. The 13-member task force consists of top scientists and doctors who would be able to give the best advice on tackling the pandemic. This would give hope that things would return to how they were like pre-COVID.

This along with news that Pfizer’s (PFE Stock Report) vaccine candidate had reported a 90% efficacy rate. Pfizer’s vaccine candidate had shown successful clinical trial data with no serious side effects. This had caused airlines and cruise stocks to rally. For instance, Delta Air Lines (DAL Stock Report) had risen by 23% on Monday’s trading session. With good news for the transportation industry, the S&P 500 Transportation Select Industry Index has been up 12% in the last week. With that in mind, here are the top 3 transportation stocks that could rebound in the stock market today.

United Parcel Service (UPS Stock Report) is a multinational package delivery and supply chain management company. In normal times, the transportation company’s main revenue would come from daily deliveries and supply chain management. However, during the COVID era, the company has a role that millions will depend on. The task of delivering billions of doses of COVID-19 vaccine worldwide will fall upon the company in the months to come.

The massive demand and ultra-cold temperatures required to store the vaccine will provide an unprecedented logistical challenge for UPS. However, if the company can overcome this, it could set UPS’s growth in the long run. Fortunately, the company has already had early preparation and invested heavily to tackle this task of delivering the vaccines. For instance, the company will be hiring over 100,000 seasonal jobs for the holiday season. UPS also expects a large number of these seasonal hires to move into permanent roles after the holidays. At a time when millions of Americans are looking for work, these jobs are an opportunity to start a new career with UPS.

The company in October had posted an impressive third-quarter fiscal. UPS has reported consolidated revenue of $21.2 billion, an increase of 15.9% compared to a year earlier. In addition to that, UPS had also posted an operating profit of $2.4 billion, up by 11%, year-over-year. The company has also seen an impressive year-to-date increase in its share price by 40% and is currently worth $163.63 per share. With UPS making all the right moves, should investors consider adding UPS stocks into their portfolio?

Lyft (LYFT Stock Report) is a company that develops, markets, and operates a mobile app for transportation and ride-sharing services. The company was among the transportation stocks that were hit hard at the start of the market crash in March. Lyft has since seen a staggering increase of 134% in its share price. With Pfizer’s vaccine candidate making headlines, this is certainly good news for the company that depends on transporting customers around.

Recently, the company has seen a 30% spike in share price as a result of Californians overwhelmingly voted in favor of Proposition 22. Proposition 22 is a ballot measure that would exempt drivers from being classified as employees. This would allow Lyft’s drivers to be classified as independent contractors. This would no doubt help improve margins for the company and at the same time entitle its contractors to benefits like minimum earnings and vehicle insurance.

The company is set to announce its third-quarter fiscal results today. In its second-quarter fiscal, Lyft had posted a revenue decrease of 61%. The company did note that monthly rideshare rides were up by 78% in July as compared to April. From a customer satisfaction perspective, Lyft has earned 4.9 stars out of 5 from 8.7 million ratings. This would indicate that the company’s services exceed customer expectations and could set LYFT stocks for long term growth.

Another transportation stock to have benefitted from Proposition 22 is Uber (UBER Stock Report). Uber shares were up by 31% last week upon news that Proposition 22 had been voted in favor. The company has also had a successful rally after Pfizer’s announcement of its vaccine candidate. This had raised optimism that the demand for transportation services like ridesharing could soon return in force. Uber’s revenue has been slumping, but the company says its margins are headed in the right direction.

The company in its third-quarter fiscal had reported a revenue of $3.13 billion, an 18% decline year-over-year. Despite the decline, Uber says its ride-hailing business is picking back up. The company has also partly offset declines through its UberEats. Uber Eats had grown by 190% year-over-year to $1.14 billion. Uber believes that its profitability outlook is improving even with the challenges of the pandemic. This is because the negative margin in its delivery business had shrunk to 16.1% from 26.2% in the previous quarter.

The company has also reported a positive adjusted margin in ride-sharing that increased by 17.9% in the third quarter. With the prospect of the vaccine being available to the masses in the near future, the idea of things returning to normal does not seem far fetched. This, in turn, would mean the economy reopening and workers will be able to commute to and from the office. This would ultimately jumpstart ridesharing demand again. Now that things are looking promising, will UBER stocks be on your watchlist? 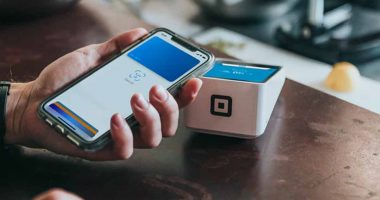 With retail trading surging in popularity, these fintech stocks could be well-positioned to benefit. 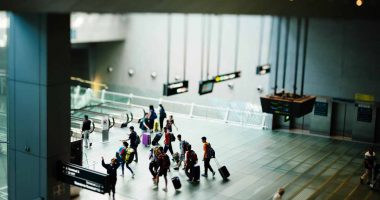 With traveling trends returning to pre-pandemic levels, could travel stocks be worth buying now? 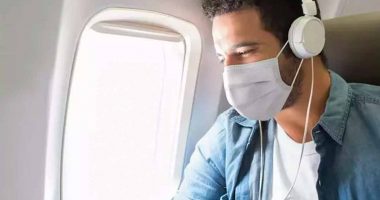 Analysts are bullish on airline stocks as travel returns. 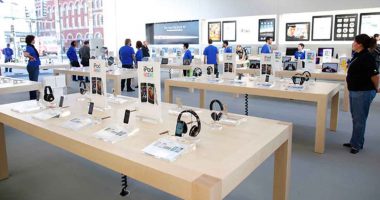 Could these tech stocks be trading at attractive price points now?