What Are The Best Tech Stocks To Watch In December? 3 Names To Know

Could these tech stocks continue to flourish as the year ends?
Total
2
Shares
Share 0
Tweet 0
Pin it 2

To say that tech stocks have been flourishing this year is an understatement. Understandably, the coronavirus pandemic contributed to top tech stocks’ growth in the stock market so far. Tech companies such as Amazon (AMZN Stock Report) and Netflix (NFLX Stock Report) are flying high as their share prices are up by over 50% year-to-date. In light of this, tech stocks have been in the scopes of both new and seasoned investors. How have some of the best tech stocks remained so seemingly sturdy, you might ask?

For one thing, people need technology regardless of where they may be. The fact remains that there will always be a demand for technology even after the coronavirus pandemic ends. For this reason, long-term viability could be why investors are still flocking to tech stocks even now. To illustrate, we only need to look at how the tech stocks have bounced back after Pfizer’s (PFE Stock Report) initial vaccine announcement back in early November. Apple (AAPL Stock Report) and Google (GOOGL Stock Report) both went up by over 8% in the past month. Apparently, investors are aware of the logistical concerns with vaccinating the entire population. With projections of it taking months if not years to accomplish, it does not appear that the hottest tech stocks will slow down anytime soon.

All things considered, tech stocks of all kinds will likely continue to benefit from the current state of the world. More importantly, the world may remain in this state for longer than most people think. In general, the term ‘tech stock’ encompasses a wide range of companies in the industry. This could range from those involved in home entertainment, digital acceleration, electronic hardware, and even software-as-a-service. With all these options on the stock market today, which ones should investors look at? Here are three to consider.

Right off the bat, we have Roku (ROKU Stock Report). Any tech stock list would be incomplete without this tech giant of 2020. The California-based tech company manufactures digital media players for video streaming. On top of that, it also has an advertising business along with hardware and software that are licensed to other companies. Roku’s share prices have climbed over 40% in November alone. Why is this so?

In terms of financials, the company is doing exceptionally well according to its recent quarter fiscal released in November. Its total net revenue is up by a massive 73% year-over-year. To elaborate, this could be due to a 78% increase in platform revenue at the same time. Furthermore, Roku reported 2.9 million incremental active accounts in the quarter which adds up to a total of 46 million regular users. All these users streamed a combined 14.8 billion hours’ worth of content. Understandably, as customers had more time to watch their favorite shows, the average revenue per user grew to $27. This reflects a 20% year-over-year increase. What could Roku possibly do to keep this momentum going into 2021?

The answer to that lies in the holiday season. At the moment, the company appears to be making massive plays for Cyber Monday. Roku offered discounts of up to 40% across its line of smart TV streaming devices. Because the deals were available on Amazon, Roku likely attracted a multitude of new clients. With the Christmas season looming around the corner, this could just be the start of busy times for Roku. Given these points, can ROKU stock continue to flourish?

Next up, we have Marvell (MRVL Stock Report). Marvell is undisputedly having its best year so far. The semiconductor company’s share prices are up by over 160% since the stock market crash in March. The company’s main product lines consist of System-on-a-Chip (SoC) and 5G infrastructure processors. It boasts a massive portfolio working with some of the biggest names in tech. Notably, its products are used by Microsoft (MSFT Stock Report), Google, and Ericsson (ERIC Stock Report).

In fact, the company’s share prices have increased by about 25% in the past month. Its second-quarter fiscal posted in August showed positive results as well. Marvell reported a 10% rise in revenue year-over-year with a 44% increase in cash on hand at the same time. The company is slated to release its most recent quarter fiscal on December 3. In light of its current track record, investors are likely looking forward to its earnings call while some appear to be anticipating good results. This would explain the recent increase in the movement of MRVL stock.

In late October, Marvell announced a $10 billion acquisition of the Inphi Corporation (IPHI Stock Report). Through this acquisition, Marvell is likely looking to expand its dominance in networking which is Inphi’s forte. Furthermore, Marvell has also mentioned plans to reinforce its cloud datacenter and 5G portfolio by acquiring Inphi. This is a smart play by the company as it is expanding its repertoire just like its other competitors in the chip industry. Namely, the move mirrors a similar play by AMD (AMD Stock Report) who acquired Xilinx (XLNX Stock Report). Investors are likely considering if it is enough to keep Marvell ahead of the curve. Given all of this, would you consider adding MRVL stock to your watchlist?

[Read More] Are These The Top Cloud Stocks To Buy in December? 2 Reporting Earnings Today

Last but not least, we have Dell (DELL Stock Report). The Texas-based tech company is famous for its line of personal computers. Additionally, it also has a rich portfolio consisting of products and services related to servers, smartphones, software, and network security. The company’s share price has increased by 41% over the past six months. Surely, the rise in demand for personal computers caused by the pandemic is to thank for this incredible gain. How has this translated in terms of Dell’s financials?

Chiefly, its most recent quarter fiscal released in late November shows positive results. The company reported a 66% year-over-year increase in net income and a 63% increase in diluted earnings per share in the same period. All in all, this added up to a 2% increase in revenue year-over-year. In spite of the coronavirus pandemic causing the closure of brick-and-mortar stores, this is a considerable win for Dell. Investors are likely wondering if Dell will be bringing anything else to the table. Could it be looking to soar to greater heights in 2021?

Dell has just announced its plans to further enhance its cyber protection and security solutions. By all means, this is a great move by the company. The reason being that data is one of the most important assets for companies that are undergoing digital acceleration. Cyberattacks in these unprecedented times could make or break said companies. Obviously, Dell is bolstering this aspect of its business model to fit the shifting needs of its clients. In turn, this could bring returns to the company as it would continue to provide vital services with exceptional quality. With all this said, should you be watching DELL stock? 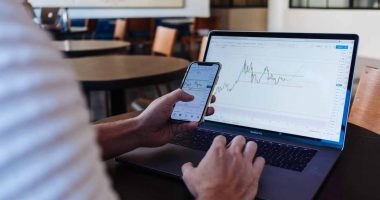 Check out these top cyclical stocks in the stock market today. 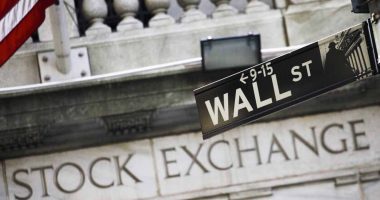 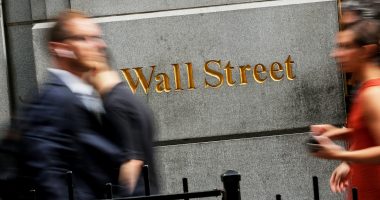 Markets are down today despite the Fed being strongly committed to bring down inflation. 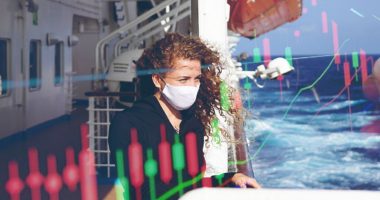