What Are The Best Video Gaming Stocks To Watch? 3 Moving In October

Are These Video Gaming Stocks On Your Watchlist?

The novel coronavirus pandemic has set many video game stocks on fire right now. This came as restrictions were imposed at the height of the pandemic to curb the spread of the virus. As a result, video gaming has emerged as the perfect entertainment option when bored consumers are stuck at home. The jaw-dropping growth we are seeing in the gaming industry has certainly made analysts revisit the growth assumptions used in their models. This, in turn, drove many top gaming stocks like Activision Blizzard (ATVI Stock Report) and Electronic Arts (EA Stock Report) to new highs this year. The question here is, can investors expect the success to be long term?

The video game industry is looking at long-term growth with more people pursuing it as a hobby. Investors are also keen on its potential monetization avenues including advertising and in-app purchases. Admittedly, the unprecedented growth during the pandemic would most probably slow down after the pandemic. But there’s still a great chance many new gamers will continue the hobby when the COVID-19 subsides. However, it is a large industry and there are a number of best video game stocks to buy. Effectively, the pandemic has served as an unexpected catalyst. It essentially brought forward years of future growth into the present. With that in mind, investors who build positions in top video gaming stocks could potentially be richly rewarded.

GameStop (GME Stock Report) stocks surged more than 40% on Thursday. This came after the company announced a new partnership to standardize its business on Microsoft’s (MSFT Stock Report) cloud-based software applications. The video game retailer hopes to streamline its operations by providing its employees with greater access to data using the tech giant’s cloud platform. In other words, the partnership allows GameStop to gain insight about customer preferences and purchasing history, real-time information on product availability, and promotions in order to provide a more personalized in-store customer experience.

“This is an exciting day at GameStop as we announce the advancement of an important partnership that capitalizes on the power of our operating platform and significant market share in gaming to accelerate our digital transformation; drive incremental revenue streams; and over time, further monetize the digital world of gaming,” GameStop CEO George Sherman.

Let’s face it, GameStop faces a tough challenge ahead if it continues to rely heavily on its brick-and-mortar chains. That is not just a headwind in times of pandemic. The company faces an existential threat that could see its costs weighing down their profitability in the long run. That’s partly due to its massive retail footprint in other countries besides the US. Now that the company is making an effort in digital transformation, would GME stock be a good addition to your portfolio?

Take-Two Interactive Software Inc. (TTWO Stock Report) stands out as one of the best video gaming stocks to buy over the last decade. The company expects to report its fiscal second-quarter 2021 results on November 5. Take-Two has been able to reach a new high in the market. The company primarily operates by owning other video game-related companies. Some of the publishers it owns are 2K and Rockstar Games. These are some of the largest developers in the world. The top games in the catalog of companies it owns are Grand Theft Auto, NBA 2K, Mafia, WWE 2K, and many more. Take-Two is the third-largest publicly-traded gaming company in the US and Europe as well. Now that TTWO stock appears to be taking a breather from its high in August, is the current price attractive enough for you to dive in?

As Sony and Microsoft are releasing new versions of their respective consoles, Take-Two looks set to roll out another version of its perennial favorite GTA V. The title will likely be another significant contributor to the company, supporting revenue and earnings in the years ahead. The advantage of an update is that it is potentially less expensive to market given the entrenched fan base. Furthermore, the resources to produce an update could be less than what it takes to build a new title from the ground up.

Of course, while Grand Theft Auto is important to Take-Two’s bottom line and stock price, the gaming company certainly has got more than a few tricks up its sleeve. Titles like action-adventure game Red Dead Redemption have also seen respectable reception among fans. Its NBA 2K series is popular among gamers in the sports genre. With its mix of established and newer titles, is TTWO stock the best pure-play gaming publisher stock to buy?

Tencent Holdings (TCEHY Stock Report) may not come as an obvious name among international gamers. In fact, it is more well known for its super-app WeChat. But the truth is, the Chinese multimedia conglomerate is the world’s largest video gaming company by revenue, even bigger than Activision.

Last quarter, Tencent saw its online gaming revenue rise by 40% year-over-year. The growth was even higher than the figure in the first quarter, which was 31%. Gaming represented more than one-third of the company’s revenue. According to Tencent, the acceleration in growth is due to the stellar growth of its smartphone games during the COVID-19 pandemic. Of course, Tencent is a tech conglomerate. The company saw double-digit growth in its other businesses including online advertising, social networking, and fintech. Together with the growth in gaming, the company’s overall revenue rose by 29%. Meanwhile, adjusted profit jumped by a similar 28% for the quarter.

The company’s hit game League of Legends has been going strong since its release in 2009. The game is also a top contender in the esports arena. TCEHY stock is probably the best gaming stock you can find in the market. If you are an early investor who invested $1,000 in 2008, you will have $49,700 today. Tencent also owns the hugely popular mobile game Honor of Kings. Besides its own titles, the company holds substantial stakes in other video game makers. They include Epic Games, Activision Blizzard, and Ubisoft (UBSFF Stock Report). As most of these top video game stocks continue to exhibit strong growth, TCEHY stock will be reaping the gains in the long run. 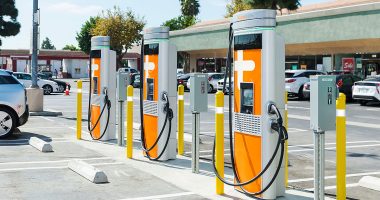 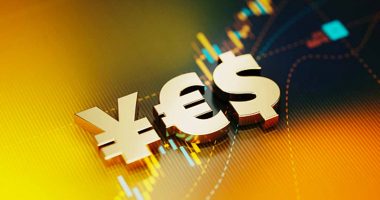 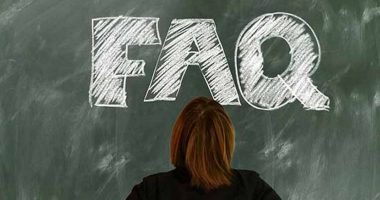 Here is a brief guide and FAQ on understanding how stocks work. 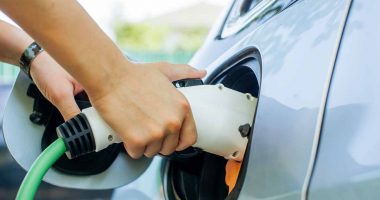 Could Tesla’s latest news spark a new wave of interest in the electric vehicle industry this week?