What Stocks To Buy In A Recession? 4 Utility Stocks For Your Watchlist

Are These The Best Utility Stocks To Buy In A Recession?

With inflation at a 40-year high of 8.6%, the Federal Reserve has responded accordingly by hiking interest rates by 75 basis points and guiding for more hikes to come. However, some may be worrying that the hikes may contribute to a recession. Elsewhere, others may wonder if the Fed’s actions are enough to rein in inflation. Against the backdrop of all these, investors may find comfort in some of the top utility stocks in the stock market right now.

For one, utility stocks encompass companies that provide our daily essentials such as electricity, water, and heating. Thus, the stable demand will likely keep these companies’ revenue and cash flow stable regardless of the economic condition. What’s more, they tend to have reasonable valuations.

A prime example of a top utility stock to watch right now is NextEra Energy (NYSE: NEE). Earlier this week, the company raised its earnings guidance for the 2022 to 2025 period. Notably, it increased its adjusted earnings per share expectations by $0.05 for 2022 and 2023, and up by $0.10 for 2024. The company also expects 2025 earnings per share to grow in the 6% to 8% range from the updated 2024 earnings range. With NextEra feeling bullish on its future earnings, here are four utility stocks to check out in the stock market today.

Starting us off today is American Water Works Company (AWK). In essence, it is a water and wastewater utility company. Through its subsidiaries, the company provides its services to approximately 3.4 million active customers in 14 states. The company operates approximately 80 surface water treatment plants, 160 wastewater treatment plants, and a whopping 52,500 miles of water mains and pipes among other assets. Just yesterday, the company announced that its unit, Pennsylvania American Water, will be rehabilitating 14 of its water storage tanks.

In addition, it will also be constructing seven new water storage structures. Valued at $16.5 million, the investment in maintaining old storage units and constructing new ones will ensure adequate water supply for its customers. Pennsylvania American Water has been very active in upgrading and maintaining its water and wastewater infrastructure. In fact, the company has future plans to invest a massive $1.13 billion in water and wastewater systems through 2023. With AWK looking to ensure its customers receive the best services, is AWK stock worth investing in?

Another top utility stock to watch is Sempra. For the most part, it is a North American energy infrastructure company that focuses on electric and natural gas infrastructure. For a sense of scale, Sempra hires approximately 20,000 employees and serves more than 40 million consumers worldwide. Its operating companies include Southern California Gas Company and San Diego Gas & Electric to name a few. Late last month, the company announced that it has entered into a heads of agreement (HOA) with RWE Supply & Trading, a subsidiary of RWE (OTCMKTS: RWEOY).

Namely, the agreement is for the purchase of about 2.25 million tonnes per annum (Mtpa) of liquefied natural gas (LNG). According to the announcement, the LNG is to be supplied on a long-term, free-on-board basis from the Port Arthur LNG Phase 1 project under development in Jefferson County, Texas. Justin Bird, CEO of Sempra, said, “Sempra Infrastructure’s LNG projects are uniquely positioned to help provide U.S. LNG to support the energy security of America’s allies in Europe, while also accelerating the transition to a lower-carbon future. We are excited about the opportunity to work with one of Germany’s top power producers to achieve these dual goals.” With that being said, should you invest in SRE stock?

Following that, we have Ameren. The company acts as a holding company for several power companies and energy companies. For the most part, it serves 2.4 million electric and 900,000 natural gas customers across 64,000 square miles in central and eastern Missouri and the southern four-fifths of Illinois by area. Hence, the companies under Ameren include Ameren Missouri and Ameren Illinois. In early May, the company announced its first-quarter 2022 results.

Diving in, the company posted a total revenue of $1.88 billion, up by about 20% year-over-year from $1.57 billion. As for its earnings, Ameren posted a net income of $253 million, rising from $235 million last year. Accordingly, the company had earnings per share of $0.97 during the quarter as compared to $0.91 a year ago. Ameren says that results from the past quarter reflected its earnings from increased infrastructure investments made across all business segments driven by the solid execution of the company’s strategy. Along with that, its earnings were also boosted thanks to its Ameren Missouri unit. Notably, thanks to a colder-than-usual winter, the company saw increased electric retail sales in the first quarter of 2022. Considering the strong quarter, is AEE stock worth adding to your watchlist?

Finally, we have NRG Energy. The company prides itself on being North America’s leading integrated energy and home services company. Put simply, NRG is involved in energy generation and retail electricity. However, its portfolio includes natural gas generation, coal generation, oil generation, nuclear generation, and more. To put into perspective, the company serves about six million retail customers in 24 U.S. states and eight provinces in Canada. NRG also owns other energy companies such as Reliant Energy and XOOM Energy to name a few.

On May 6, the company reported its financials for the first quarter of the year. Getting into it, the company reported a revenue of $7.9 billion. As for its earnings, NRG reported a net income of $1.74 billion, a major comeback from the $82 million loss it made in the year prior. Accordingly, the company posted earnings per diluted common share of $7.17. In the same earnings letter, NRG also provided its guidance for the full year. Looking ahead, it is maintaining its guidance for an adjusted EBITDA in the range of $1.95 billion to $2.25 billion. All in all, is NRG stock a buy? 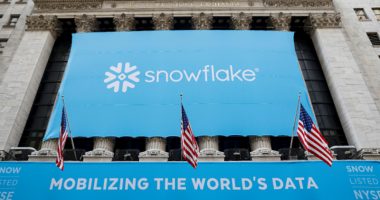 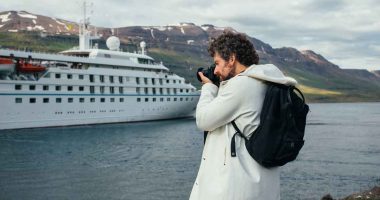 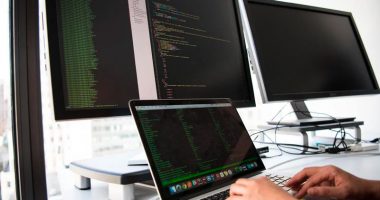 Will these tech stocks continue to tear through the market in February?