Are These The Top Trending Tech Stocks To Buy In November? 3 Names To Watch

Do you have these trending tech stocks on your November watchlist?
Total
3
Shares
Share 1
Tweet 0
Pin it 2

Are These Trending Tech Stocks The Best Option For Investors Right Now?

There are a plethora of different tech stocks that are trending in the stock market today. In 2020, top tech stocks have been a dominating figure in the US stock market, even being valued at more than the entire European stock market. These companies are able to perform well as a result of the coronavirus pandemic causing closures all around the world.

This means that tech companies like Zoom (ZM Stock Report) and Intel (INTC Stock Report) have been able to perform better than they otherwise would have. Consumers are using and purchasing more tech products than ever. This was already a rapidly growing industry, so this boost from the pandemic has only made it stronger. People are purchasing video games, computers, software, viewing ads on content more, using streaming services, etc. more than ever. One niche that got a boost from this is cloud computing services, which are especially needed for businesses during this time. Now let’s look at three top tech stocks that are trending this month.

The first company on this list of tech stocks to watch before November is Western Digital Corporation (WDC Stock Report). Western Digital is a tech company that makes hard drives and other forms of data storage for consumers and businesses. Its services extend to cloud services as well. It previously received an uptick this year because of HP’s positive performance, because its products are often used together. WDC stock price was at $35 a share on average just 1-2 weeks ago, but now it is at $38.81 a share on average. Now let’s look at some more recent news that has come from the company Western Digital Corporation.

Western Digital Corporation reported its fiscal first-quarter 2021 results late last month. Its first-quarter revenue was reported at $3.9 billion, which is down 3% year over year. In addition to this, its gross margin is up 4.2 ppt while its operating expenses are down 6%.

The CEO of Western Digital, David Goeckeler said, “I am pleased with our results, as we continued to focus our execution on the massive market opportunity for data storage technology that stems from the ongoing expansion of cloud infrastructure connected to intelligent endpoints and powered by high-performance networks.”

The company seems to be recovering from the effects of the pandemic quite well, which has resulted in this boost of its stock price. Western Digital is one of the leaders of its industry, so it is no surprise it has been able to perform well this year. Still, WDC stock price is yet to recover, but that is due to the continued hardships caused by the pandemic. But that is why WDC stock is on this list of tech stocks to watch.

The next company on this list of tech stocks to watch is Advanced Micro Devices (AMD Stock Report). AMD stock is trending in the market due to its recent product advancements. Advanced Micro Devices is a semiconductor company that produces microprocessors, chipsets, GPUs, and much more. In recent news, AMD revealed its long-awaited Zen 3 Ryzen 5000 processors. The company claims to have the ‘world’s best gaming CPU’, which comes as a shock to many as Intel Corporation (INTC Stock Report) has generally had the higher-performing CPU’s when it comes to gaming. Yes, this is great news, but even better news came out late last month, which we will dive into now.

In late October, Advanced Micro Devices announced its next-generation PC gaming GPU series, the AMD Radeon RX 6000 series. In this announcement was the RX 6800, RX 6800 XT, RX 6900 XT. These graphics cards are expected to be direct competitors to NVIDIA’s new 3000 series of cards. This is huge news for the company as NVIDIA has always been the leader in the industry, but now AMD has come to play. It offers different technologies that its competitor does not, and is offered at a fair price point.

This new GPU launch could bring AMD stock up if proven successful. Now, it will be time to see if it can beat NVIDIA when it comes to stock, as it had stocking issues when its 3000 series cards came out and still does. That is why AMD stock is trending and on this list.

The last company on this list of the top trending tech stocks to watch this month is NVIDIA Corporation (NVDA Stock Report). NVIDIA is a tech company that creates computer graphics cards and other related hardware. Back in September, it released its brand new 3000 lineup of GPUs.

This included the 3080, and the 3090, and announced the 3070. All 3 cards are faster than their previous-gen comparisons, some almost 2x as fast. So this created a lot of buzz for NVIDIA. Recently the company will be releasing the hyped up and delayed 3070 GPU.

This is the most cost-effective option for gamers looking to upgrade at a lower cost. It has essentially the same performance as the 2080Ti from the previous gen. For more than less than half the price. So this card has consumers excited. It was delayed due to the production issues the 3080 and 3090 are still facing, in an attempt for the 3070 to not have a similar fate. The truth is only time will tell though, so we will see if NVDA stock is able to benefit from this upcoming RTX 3070 graphics card launch. 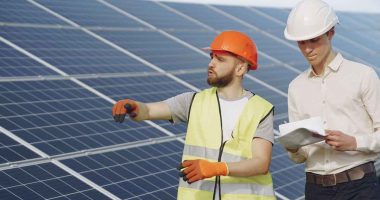 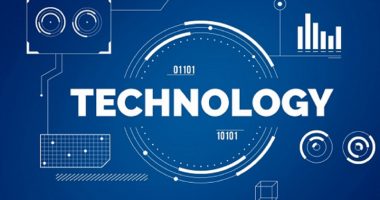 Could these tech giants continue to grow as the year comes to an end? 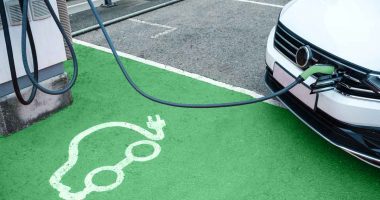 Should investors consider investing in these EV stocks right now? 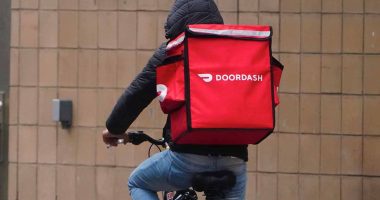 Could these food delivery stocks whet your appetite?