Is Now A Good Time To Buy These Aerospace Stocks?

Should investors expect volatility when it comes to aerospace stocks to buy?
Total
6
Shares
Share 4
Tweet 0
Pin it 2

These Aerospace Stocks Are Getting More Attention This Week

It’s been a tough year for aerospace stocks, with the COVID-19 pandemic hitting the sector the most. It doesn’t take professional investors to realize that airline traffic has slowed to a trickle. And that’s tough for pure-play aerospace stocks. However, the U.S. Defense Department budget outlays remain very strong. Commercial interests in outer space are also taking off. Cheaper launches and satellites make the final frontier more accessible than ever. As a result, shares of Virgin Galactic Holdings (SPCE Stock Report) have been swinging up and down with apparent reasons. The commercial outer space remains an interesting area to watch as the competition heats up from China and Russia.

The companies that have strong ties with aerospace companies are also feeling the pinch. As pessimistic the outlook may be for the near-term earnings, some investors are willing to take a longer-term outlook for the potential upside of the aerospace industry. I get it, aerospace stocks have been under tremendous pressure. While certain stocks like Heico (HEI Stock Report) have fully participated in the market’s rapid recovery, many aerospace stocks are still down 30% to 35% of their value year-to-date. Meanwhile, what should investors do with other aerospace stocks? Could their losses be temporary or is it here to stay for some time?

Just so we are clear, we aren’t going to talk about commercial airlines over here. That’s because the airline business isn’t likely to recover anytime soon. Unless we have immediate supplies of vaccines and treatments for the current health crisis, of course.

After the market turmoil in March, Raytheon Technologies (RTX Stock Report) hasn’t really quite recovered like other stocks. Of course, the coronavirus pandemic is likely to affect air travel for years to come. But that doesn’t mean that there isn’t any growth driver awaiting the company. The company competes with General Electric (GE Stock Report) on the Airbus A320 NEO. Enough said it’s obvious that GE and RTX will be offering the engines on the workhorses of the aviation industry in the coming decades.

Despite the increasingly fierce competition in engine supply, the geared turbofan model from Raytheon Technologies appears to be taking the lead. As Raytheon Technologies’ CEO, Greg Hayes recently gave an interview to Aviation Week said, the GTF’s market share on the A320 NEO “went from 42% to north of 50% in the last year.

Customers are starting to believe in the geared turbofan because of fuel efficiency.” For this reason, there are reasons to believe that the increase in market shares of the A320 has yet to reflect in the performance of RTX stocks. This makes it one of the best value buy stocks in the defense industry.

[Read More] Top Biotech Stocks Reporting Their Earnings This Week; Are They On Your List?

While Honeywell (HON Stock Report) may not be an “aerospace stock”, the company certainly has high exposure to the aviation industry. I get it, it is more of an industrial stock instead of aerospace. But it is still worth mentioning as the company generates nearly a quarter of its revenue from commercial aerospace original equipment and aftermarket. Despite the bleak outlook, it recently blew past Wall Street’s estimates.

“The Honeywell quarter was better than the worst-case most had envisioned three months ago and we are raising estimates,” wrote J.P. Morgan analyst Stephen Tusa in a Monday research report. Tusa raised his forecast for 2020 earnings from $6.60 a share to $6.95. He now predicts $7.75 in per-share earnings for 2021, up from $7.45.

However, investors shouldn’t pay attention to the short-term outlook. Despite obvious challenges in the aviation sector, Honeywell has enough growth potential in the other business segments that could drive HON stocks higher.

General Dynamics Corp. (GD Stock Report), like other major defense prime contractors, has had a solid year. And the remaining of the year is likely to be just well for the company. General Dynamics’s business spans the realm of the world’s most technologically advanced business jets, wheeled combat vehicles, command and control systems, and nuclear submarines.

More importantly, the company has a solid backlog of defense contracts. This includes the largest shipbuilding contract in December. That makes it one of the best defense stocks to buy in the market.

To top it all off, the company’s huge government IT business could further benefit if government agencies need to upgrade their tech systems to deal with the work-from-home phenomena. Will all that in mind, could GD stocks be poised to benefit in the long run? 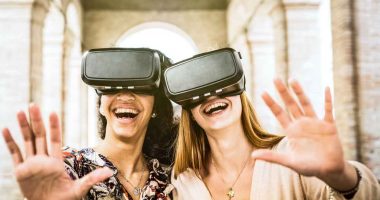 Do you have these metaverse stocks in your portfolio heading into 2022? 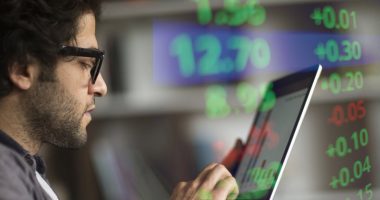 Is now a good time for investors to cash in on these top online education stocks? 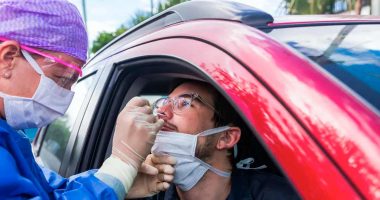 How will these stocks from the biotech sector fare this week? 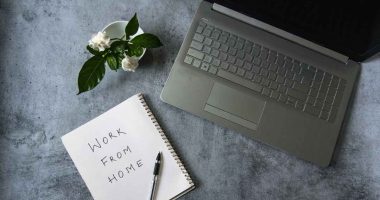 Stay-at-home stocks to consider as new COVID variant fears weigh in on the reopening trade.