2 Airline Stocks To Consider After The Recent Recovery

Is It Safe To Buy Airline Stocks Now?

Airline stocks have been taking off again. This came as investors are becoming optimistic that the spread of Covid-19 is slowing down. Positive sentiments over the reopening of the economy and vaccine development also helped lift the market on Tuesday.

The airline sector has been hit particularly hard; with global travel demand reduced to nearly zero. The pessimism lingering in the airline sector was so strongly felt. Even Warren Buffett sold off all his airline shares. Investors that banked on airline stocks during their lows are focusing on three major factors. These are 1) government bailouts, 2) the number of airline passengers showing signs of recovery and 3) airline stocks usually did well after financial crises. The airline industry is probably one of the most global industries, providing livelihoods to tens of millions of people. Hence, the federal government readily approved $50 billion in support to prevent a negative multiplier effect caused by unemployment in the airline industry.

With many airlines on the verge of bankruptcy, are there any worthy airline stocks to buy amid the current pandemic? If history provides any guidance, airline stocks did well in the aftermath of the past three financial crises. They usually made substantial jumps up to 120% in those periods. The airline industry today is akin to the banking industry in 2008. We believe that the airline industry will eventually recover. It is just a matter of time before we can return to 2019 levels. That said, could these 2 airline stocks warrant a serious look?

American Airlines (AAL Stock Report) recorded a loss of more than $2.2 billion in the first 3 months of the year as the pandemic crushed demand for air travel. Also, the pandemic has brought a sudden end to the decade-long period of expansion of the industry. Shares of American Airlines have lost 61% of their value year to date.

American also seems like one of the riskiest airlines because of its weak balance sheet. The airline is saddled with $38.5 billion in debt. But the company has a lot of room to manoeuvre through that debt. Thus far, American has a $1 billion, 364-day term loan facility that will need to be refinanced by March 2021. Beyond that, the airline has no other non-aircraft debt maturities for more than 24 months.

With all the above in mind, If demand does not come back in the long run, American and other airlines would be in trouble despite the bail out. However, stocks with bankruptcy risks also offer the most upside, if those risks diminish. With the resurgence in passenger demand this month, could we expect AAL stock to recover soon?

Like many other airlines, Delta Air Lines (DAL Stock Report) has drastically cut back on flights and grounded planes as a result of the coronavirus outbreak. Delta reported their first quarter results on April 22. The company saw an adjusted loss of 51 cents per share, beating consensus estimates of 72 cents. Revenue fell 18% to $8.59 billion, well below the $9.64 billion consensus. Shares of Delta Air were trading around $60 beginning of this year. In the two months since the market took a sharp slide in March, DAL stock has been struggling and is currently trading at $25.65.

Last month, Delta secured $5.4 billion worth of government assistance in the form of CARES Act funding. But there’s a catch with this funding. The government has the option of buying up to 1% of DAL stock at $24.39 per share over the next five years. The battered airline also announced in March that it was suspending dividends and its stock repurchase program. This was a largely negative news from an investor’s standpoint. With the CARES Act funding, Delta has to keep servicing its domestic routes and can’t lay off workers or slash their pay until September 30. This in effect restricts the airline’s flexibility to cut down more costs as previously expected. With the terms and condition that comes with this funding, would investors still invest in DAL stock?

Could Government Bailouts Save Airline Stocks?

With plenty of financing options, many analysts believe that the airline industry will be able to bounce back stronger. The question is, when? Is it a good time to buy airline stocks now? In the end, it depends on your investment horizon and the strategy you adopt with airline stocks.

If you have a medium to long term investment horizon, you may well see the current prices of airline stocks to be a once in a decade opportunity. However, if you are a day trader and would like to buy into a rally, it all comes to timing. For some investors, they prefer to take a wait and see approach to monitor how the pandemic plays out. After all, even if lockdown restrictions are fully lifted tomorrow, do we expect everyone to start flying again right away? In any case, the lifting of lockdown measures varies between countries. The resumption of domestic flights would certainly be a positive, but the outlook for international flights remains challenging as many countries have not reopened their borders fully. 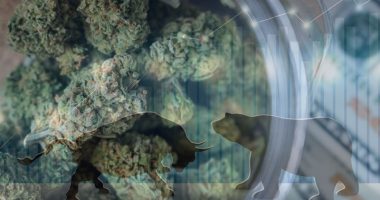 How Will Earnings Impact These 3 Consumer Stocks To Watch This Week?… 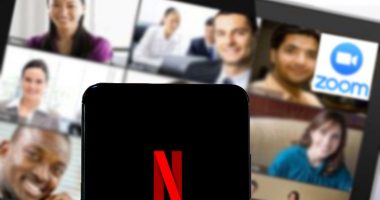 Energy Is Changing Quickly, And These Solar Stocks Are Poised To Benefit…

Walmart Stock Jumped 7% On New Offering; Is It Too Late To…

Are These Top Restaurant Stocks On Your 2020 Watchlist? It is no…