Should you be turning to renewable energy stocks as crude oil prices continue to peak?
Total
5
Shares
Share 3
Tweet 0
Pin it 2

4 Top Renewable Energy Stocks For Your Watchlist This Month

With crude oil prices continuing to break multi-year highs, all eyes are on the energy industry. Of course, traditional energy stocks like Exxon Mobil (NYSE: XOM) and Chevron (NYSE: CVX) have seen their share prices rising by over 20% this year. Yet, high prices of oil and gas also brought attention to renewable energy stocks in the stock market. After all, many agree that renewable energy is the way forward to ensure the long-term sustainability of our planet. In fact, even government bodies around the world are highly encouraging the transition to renewable energy sources. For instance, the Biden administration believes that the nation could move toward producing almost half of its electricity from the sun by 2050.

This could be feasible given that the cost of solar panels has fallen substantially in recent years. That said, we will still require trillions of dollars in investment from homeowners, businesses and the government combined to make this a reality. Fortunately, we have some of the largest companies in the world such as Tesla (NASDAQ: TSLA) and General Motors (NYSE: GM) in support of this movement. For instance, General Motors believes that it could source 100 percent renewable energy to power its U.S. sites by 2025, five years earlier than previously announced. With that in mind, should you be watching these top renewable energy stocks in the stock market today?

To kick start the list, we have Enphase Energy. The company is a leading name in the solar energy home grid market right now. This is evident given its cutting-edge software-driven home energy solutions. The likes of which range from solar generation and home energy storage to web-based monitoring and control. Despite a lack of direction thus far this year, ENPH stock has still risen more than 45% over the past year.

Late in September, the company announced that Sunpro Solar will now promote and install Enphase Encharge™ battery storage systems. This is in addition to Enphase solar systems as its all-in-one home energy management solution. For those unaware, Sunpro Solar is a top rooftop solar provider and dubbed one of the fastest-growing residential solar-plus-storage service providers in the U.S.

On top of that, Enphase has also been actively expanding its reach to various markets lately. First, we saw the company announced that it has entered the Brazilian solar market with the introduction of its IQ 7+™ microinverters last week. This is then followed by an announcement of its expansion plans to Italy on Monday. Well, this shows that the company is not resting on its laurels and continues to strive to maintain its position as one of the leading providers of microinverter-based solar-plus-storage systems. All things considered, would you add ENPH stock to your watchlist?

Another renewable energy stock that has been on the radars of many investors would be Volta. Essentially, it operates a commerce-centric electric vehicle (EV) charging network. Its PredictEV product helps users to understand EV adoption and EV charging demand in their area. Also, it leverages a data-driven understanding of driver behavior to deliver EV charging solutions that fit into the driver’s daily routines.

Last week, Volta announced that it has secured two utility patents from the U.S. Patent and Trademark Office. One of its patent claims includes selecting and displaying an ad at a charging station being actively used to charge an EV based on information known about the individual using the station. So, its charging stations will show selective advertisements depending on certain demographic information related to the location

Its second patent titled “Charging Station with Articulating Panels” will allow Volta to equip its charging station with two electronic displays. Each display is hinged to a panel on the opposite sides of the EV charger’s frame. The design allows for convenient access behind the displays and inside the EV charger. All these patents would help protect Volta’s unique charging station design and approach to maximizing outcomes for its brand while delivering a highly differentiated driver experience. With that in mind, would you be buying VLTA stock now?

SunPower is a provider of distributed generation storage and energy services. The company designs an all-in-one residential and commercial solution for customers. It boasts industry-leading customer services and also one of the most comprehensive warranties. This will allow residential customers to complete the system installations and to ensure always-on connectivity so homeowners can access the data anytime, anywhere.

Earlier this month, SunPower announced the launching of its SunPower 25X25 initiative. The commitment ensures that renewable energy is more accessible for historically marginalized communities. SunPower aims to achieve these targets by 2025, spanning workforce diversity, solar access expansion, and dealer diversity programs. Not to mention, these efforts would also build upon SunPower’s diversity pledge and the company will report progress annually in its Environmental, Social, and Governance report.

Furthermore, it is noteworthy that the company will be joining the S&P MidCap 400 today. It will be replacing Cimarex Energy which is being acquired by Cabot Oil & Gas Corporation (NYSE: COG). Now that SunPower will be part of this index, it could lead to more demand for the company’s shares. Given these considerations, would SPWR stock be a top renewable energy stock to watch right now?

Last but not least, we will be looking at ChargePoint. In detail, the company facilitates mass EV adoption with one of the largest charging networks in the world. As part of its network charging systems, it provides an open platform that integrates with system hardware from companies and other manufacturers. It does so by connecting systems over an intelligent network that provides real-time information about charging sessions.

In September, the company announced its second-quarter earnings. It was able to achieve record revenue while significantly growing its commercial, fleet, and residential businesses. Its revenue came in at $56.1 million, representing an increase of 61% year-over-year. Out of which, networked charging revenue contributed $40.9 million. Most of its revenue growth was from North America and Europe.

It appears that commercial customers are investing in charging for their consumers and employees. Also, the demand for residential products has grown as more consumers switch to EVs-. Well, all these factors reinforce the company’s leadership position in the electric revolution that we are witnessing today. So, would you bet on CHPT stock as the world continues to turn to greener energy sources? 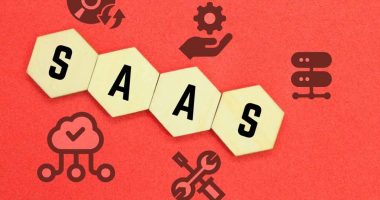 Are these software stocks on your watchlist right now? 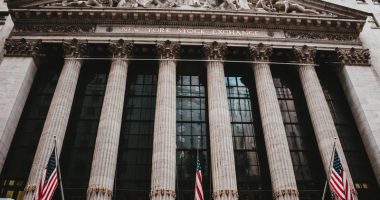 With software earnings coming up, how will you navigate the stock market this week? 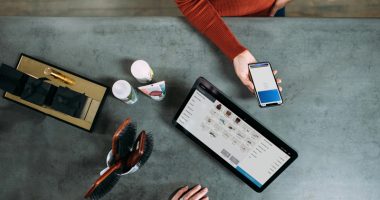 These 3 top e-commerce stocks have been trending in 2020. Can the momentum continue through Q4 2020? 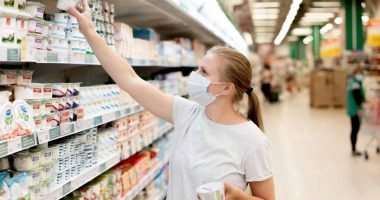 Will you be adding these consumer staples stocks following the latest inflation data?